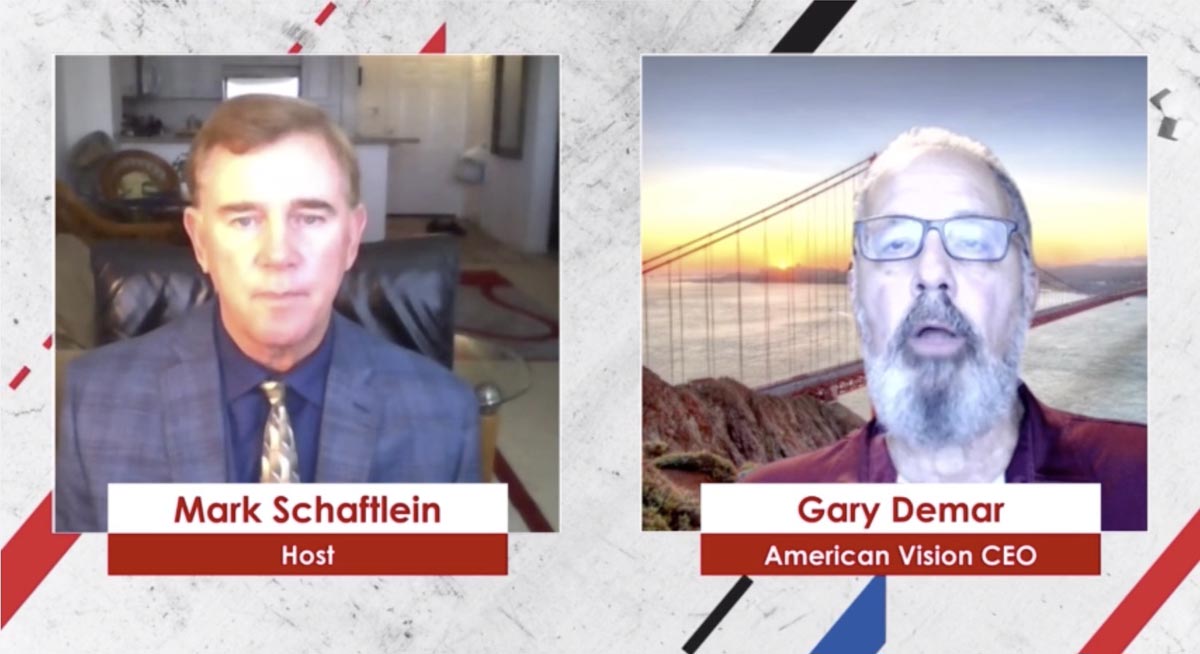 The following article, Schaftlein Report: Infrastructure Bill #1 Advances in the Senate, was first published on Flag And Cross.

Guest: Gary Demar – American Vision President (AmericanVision.org)
Topics:
1) 18 Republicans join 50 Democrats in voting to advance debate on the “Real” Infrastructure bill with an additional $600B in spending
*The total spending over 10 years is $1.2T with the balance of spending coming from funds already allocated by Congress
*The text of the bill is still to be seen and debated
2) Sen Sanders and numerous Ultra Liberal (Socialist) Democrats in the House threaten to kill the Senate bill unless the ‘Fake” Infrastructure Bill with $3.5T in spending is not also presented
*Once again, the Democrats are LYING to their BASE. Sen(s) Sinema (AZ) or Manchin (WVA) will not approve such a large amount of spending. This put House Democrats in a box
Either support the bill to be passed by the Senate or get nothing. Sen. Sanders is drafting the “Fake” bill
3) The Economy grew at 6.5% in Q-2 as Supply Chain disruptions curtailed an even higher growth rate
4) Biden – “I used to drive an 18-wheeler” – NO evidence as White House Scrambles to answer
5) AWOL Texas Democrats still in D.C.
6) Capitol Police ordered to arrest mask less staffers and visitors – Outrage grows to mask mandates – Biden to require Federal Employees to be Vaccinated or get regular Covid tests
7) Washington state approves insane new police restraint laws which will lead to a further surge in crime – The new law prevents police ability to pursue criminals or prevent crimes
*Cops are now required to show Probable cause instead of reasonable Suspicion prior to using force
8) In the Hell Freezes Over category – The NY Times blasts Dr. Fauchi for misleading statements
9) Border Crossings hit 10-year high and Biden and Harris reveal plan to understand the root cause?