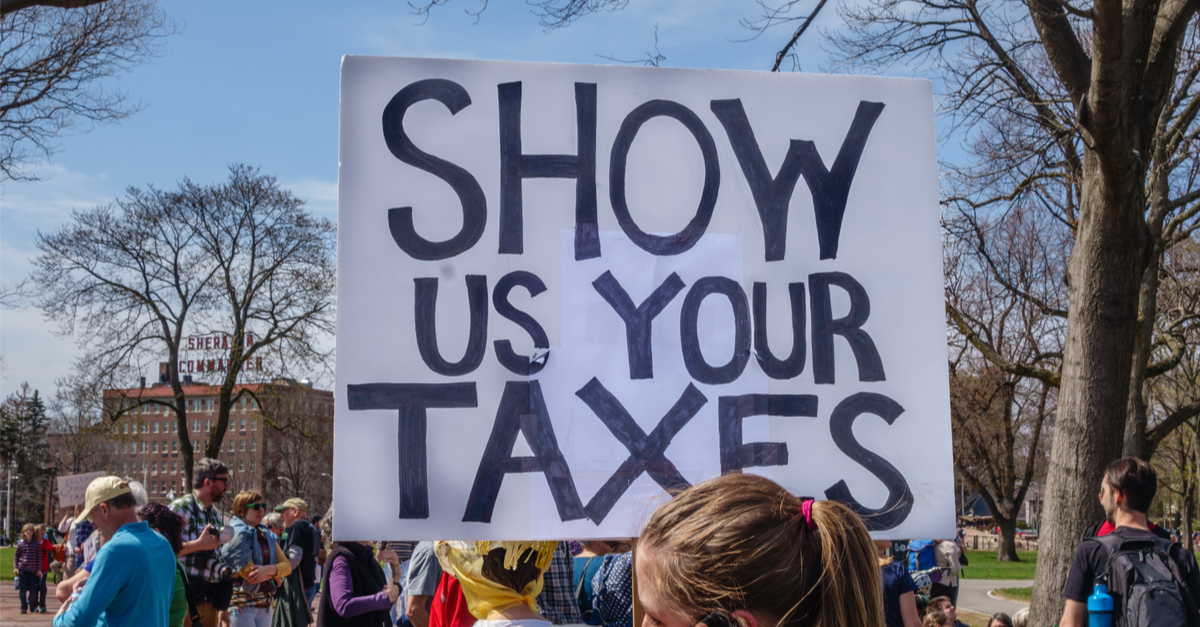 The following article, DOJ Says Congress Will Be Given Trump Tax Returns, was first published on Flag And Cross.

After years of attempting to justify their desire to dig up whatever dirt they could on Donald Trump, the Biden administration is finally going to give the Democrats what they want…even though the 46th President himself declared that his intent was to serve as a “uniter” and “healer” during his time in the White House.

Now, from the depths of the #RussiaGate ruse we once again are on the subject of Donald Trump’s tax returns.

he Department of Justice said Friday that the IRS must turn over former President Donald Trump’s income tax returns to Congress.

The DOJ’s Office of Legal Counsel said in its opinion that the House Ways and Means Committee had given “sufficient reasons” for requesting the information.

When a congressional tax committee asks for such tax information, “the executive branch should conclude that the request lacks a legitimate legislative purpose only in exceptional circumstances,” the Office of Legal Counsel said.

Access to former President Trump’s tax returns is a matter of national security. The American people deserve to know the facts of his conflicts of interest and undermining of our security and democracy as president.

The House will always fight to expose the truth #ForThePeople.

Former President Trump has long insisted that access to his tax returns should remain limited until such a time as an ongoing audit is resolved.

Every day, in every way, Democrats openly display their frantic fear of Donald Trump. And it is a perfectly rational fear since he did more for the nation in four years than they have in all their lifetimes.