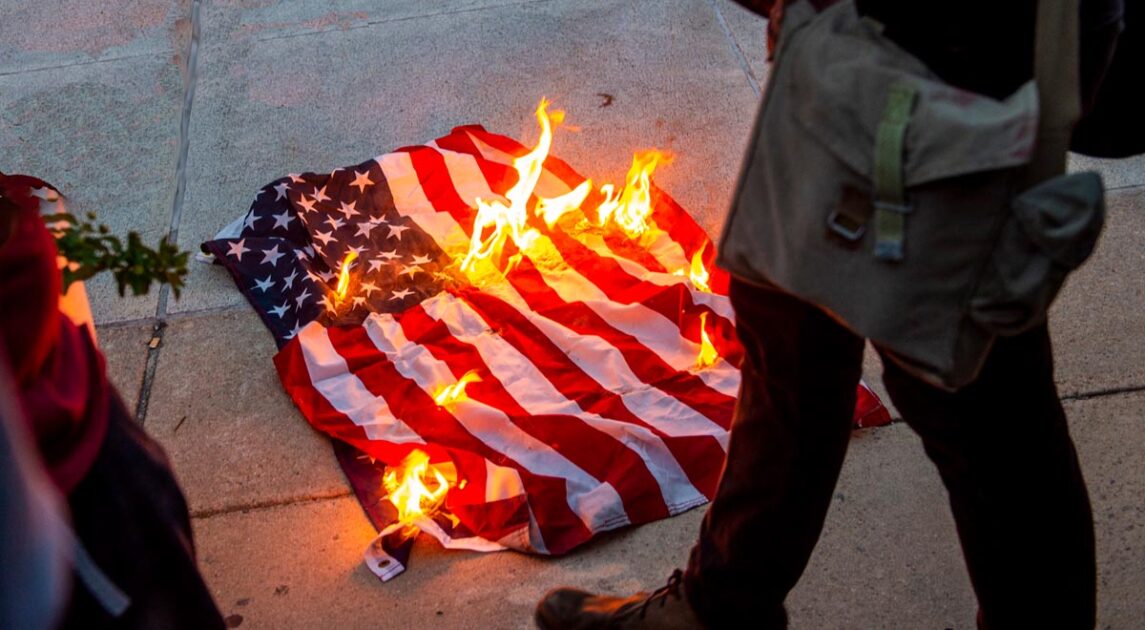 The following article, WATCH: College Students Not Cheering for Team USA in Olympics Because America is Evil, was first published on Flag And Cross.

A recent video of students at the University of South Florida found that many of them aren’t rooting for Team USA at the Olympics simply because they hate America.

This is what our schools are teaching our kids to think, folks. From the lowest to the highest grades, our system of miseducation is teaching kids that America is evil and not worth supporting.

Some of these woke, anti-American students spoke to Campus Reform ahead of the opening ceremony of the Wokeyo Olympics. And they said they won’t be watching because America isn’t worth rooting for.

These privileged, hate-filled leftists said that they aren’t rooting for America:

“I’m not going to be rooting for any team just because it’s some country that I live in…because the truth is, patriotism shouldn’t be that strong,” one student said.

Another student said, “if you would’ve asked me in the last administration, maybe not.”

Students also told Jacobson that they believed athletes should be able to protest during the Olympic Games and that U.S. athletes have no duty to represent the country in a positive light.

One student said, “they have a duty to represent their country athletically, but they don’t have any obligation to represent it good or bad.”

“I’m not proud to live in a country where I can’t even go down in my own neighborhood [without seeing] people putting up their Blue Lives Matter flags telling me that my life doesn’t matter,” another student said.

“Given what’s been going on with this country and how divided our politics have been, there’s not really a reason to stand for one within the country, anyways,” a student exclaimed.

Continue reading: WATCH: College Students Not Cheering for Team USA in Olympics Because America is Evil ...