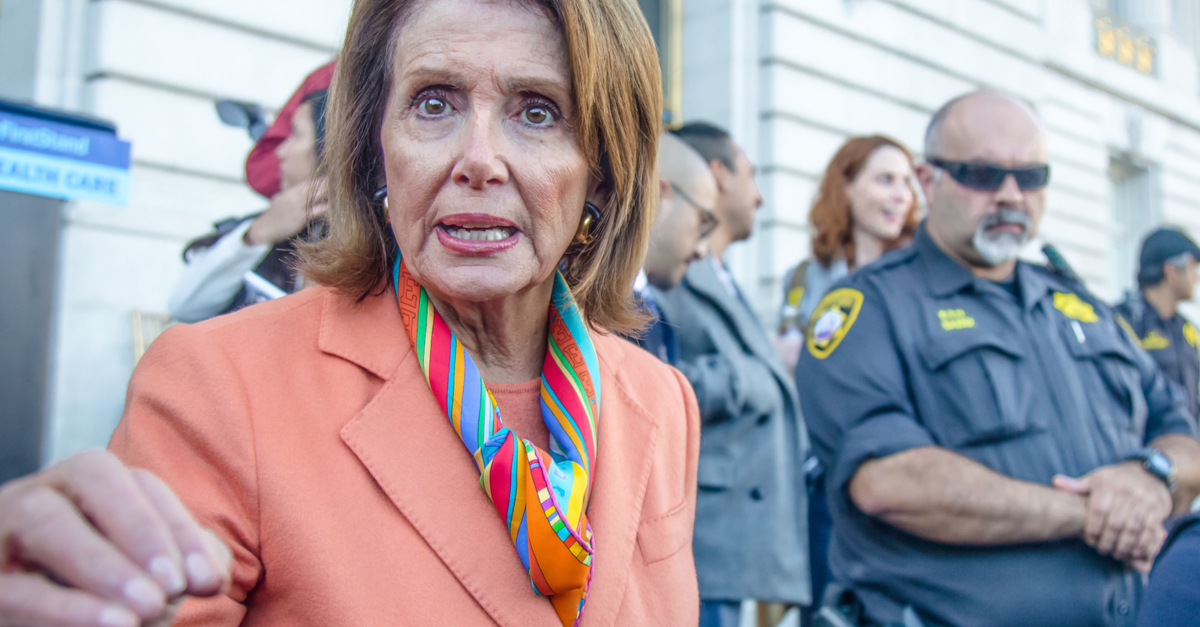 The following article, Pelosi, Capitol Police Now Bickering Over ‘Orders’ to ‘Arrest’ the Mask-less, was first published on Flag And Cross.

Thankfully, the latest COVID-19 stunt by House Speaker Nancy Pelosi only took a few hours to unravel this time around.

Pelosi, who has been pushing the GOP’s buttons on mask mandates for months now, used the CDC’s recent guidance adjustment to bring the facial coverings back to the House floor.  This prompted protests from a great many Republicans, and Pelosi subsequently threatened to have the Capitol Police start arresting folks who wouldn’t comply.

The Capitol Police were not exactly on board with that idea.

A response from the speaker followed.

Pelosi’s office said she did not order police to begin arresting people because it’s not within her power.

“The speaker of the House does not control the U.S. Capitol Police,” Pelosi spokesperson Drew Hammill told Fox News.  “We were unaware of the memo until it was reported in the press.”

The embarrassing incident comes amid a flurry of criticisms of Pelosi’s handling of the Congressional mask policy, and likely marks yet another milestone in the decline of Nancy Pelosi’s speakership.