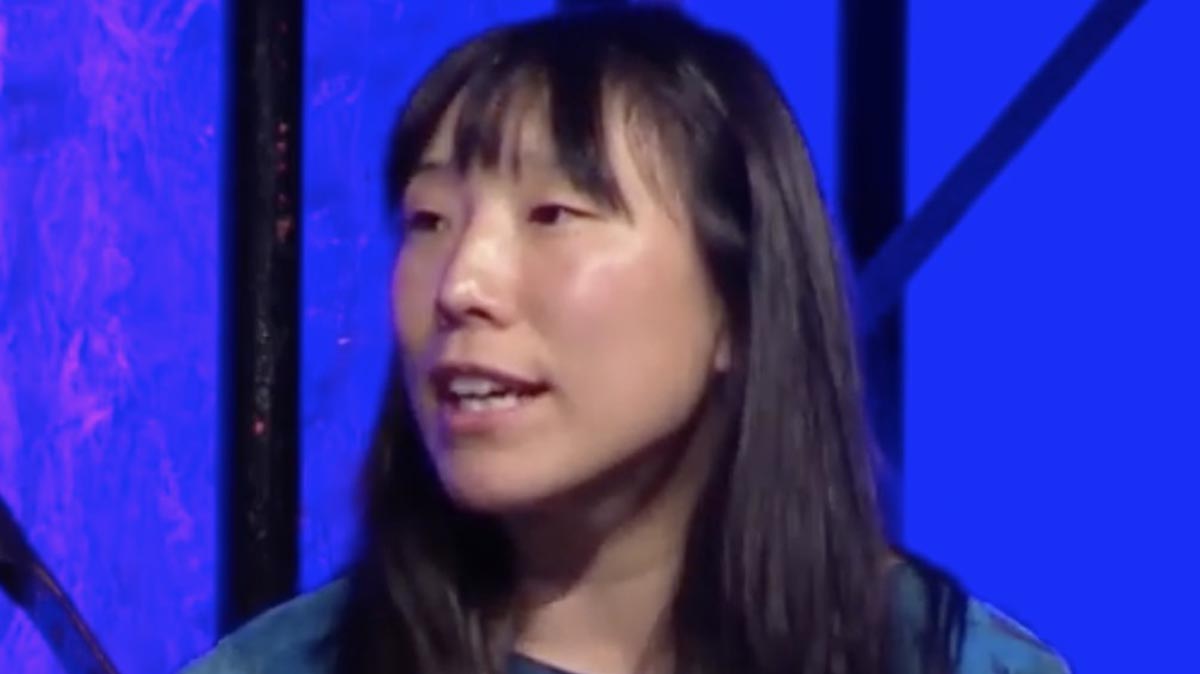 The following article, ‘NY Times’ Reporter Says Trump Voters are ‘Enemies of the State’ and ‘National Security Threats’, was first published on Flag And Cross.

A leftist reporter for the New York Times recently said out loud what every Democrat and liberal thinks; that Republicans should be termed “enemies of the state” and that theyare a “national security threat.”

You know that this is what every liberal says to each other when they are in private, of course. But most know they shouldn’t say it out loud. Still, the Old Gray Lady’s Katie Benner decided to just blurt it out, anyway.

While talking about Nancy Pelosi’s fake Jan. 6 show trials, Benner was expounding about how evil conservatives, Republicans, and Trump voters are on her Twitter feed when she “went there”: 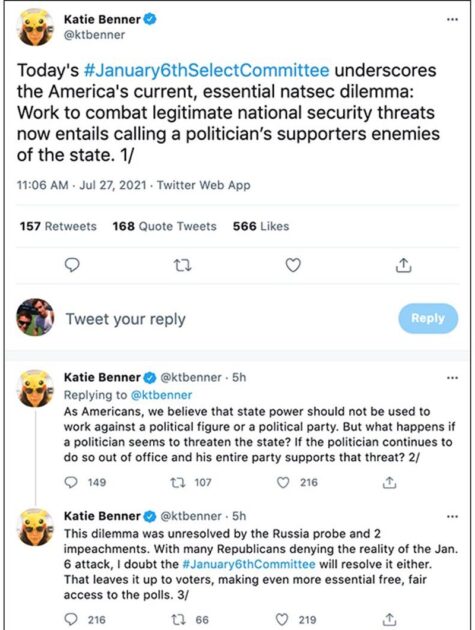 Notice how she tried to be cagy by not using Trump’s name directly, saying instead she felt the need to start “calling a politician’s supporters enemies of the state.”

Since Pelosi’s goal is to tar all Trump voters as “insurrectionists” with her fake tribunal, who else but Trump could Benner have been talking about?

And to prove that she was using round-about language to call all Republicans “enemies of the state,” she later deleted her tweets to shove them in the memory hole so people would forget she spilled the liberal beans.

But make no mistake. This is how all liberals feel.

They don’t view you aa just wrong politically. They view you as out right evil and deserving of no rights.

This Leftist reporter is the one who is anti-American and enemy of our country as she espouses anti-American rhetoric and does not know or understand our constitution. She’s just another Marxist trying to denigrate true patriots.

I would hope that Conservatives are, and always will be, enemies of the totalitarian state!