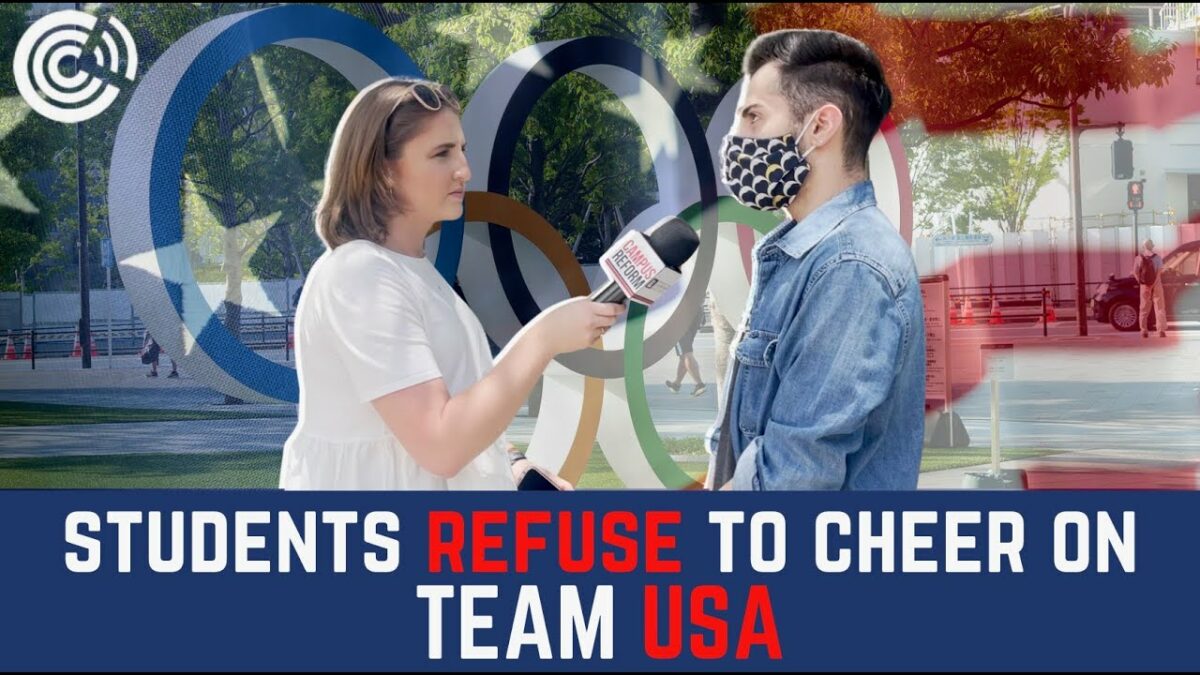 Numerous college students are refusing to root for the United States at the Tokyo Olympics and instead are cheering for individual athletes.

“I don’t root for countries, I root for athletes,” a student told Campus Reform.

Prior to the opening ceremony last week, Campus Reform spoke with University of South Florida students about the Olympics and athletes who choose to protest during the games.

“I’m not going to be rooting for any team just because it’s some country that I live in,” another student said.

“Patriotism shouldn’t be that strong. I’m in this country because I was born in it.”

One student added that if Campus Reform correspondent Ophelie Jacobson had asked during the last administration, he would maybe not root for team USA.

“I don’t like being an American either, even though I’m born here,” one student said.

“I think there is such corruption and a crumbling infrastructure. Like why is there no free health care? Why are so many people suffering because of housing? That is such a great example of how f***ing corrupt it is here.”

Jacobson told Fox News that it was “sad” to see people “lose all hope and interest in portraying American excellence on the global stage.”

“There used to be a time where the Olympics would unite all of us, regardless of whether you’re a Republican or a Democrat,” she said Thursday.

“With everything that’s happened in the past year and a half, with a global pandemic and so much political division, you would think that the Olympics would be that thing that unites all Americans. But unfortunately, according to these woke college students, the Olympics are seeming to divide us even more.”

Jacobson also asked the students about Olympian Gwen Berry’s protest at the Olympic trials and if they have a duty to represent the country well.

“No, my only duty is to go there, compete as an athlete and bring home gold, but that doesn’t have to be for the country; that could be for me and my teammates,” one student said.

“Given what’s been going on with this country and how divided our politics have been, there’s not really a reason to stand with one with the country.”

I would consider these young people to be privileged, indoctrinated, and useless.

These students should be sent to live in Cuba or Venezuela for a year. If that was my child they would be pulled out of college so fast it would make their head swim. They are an absolute disgrace to America