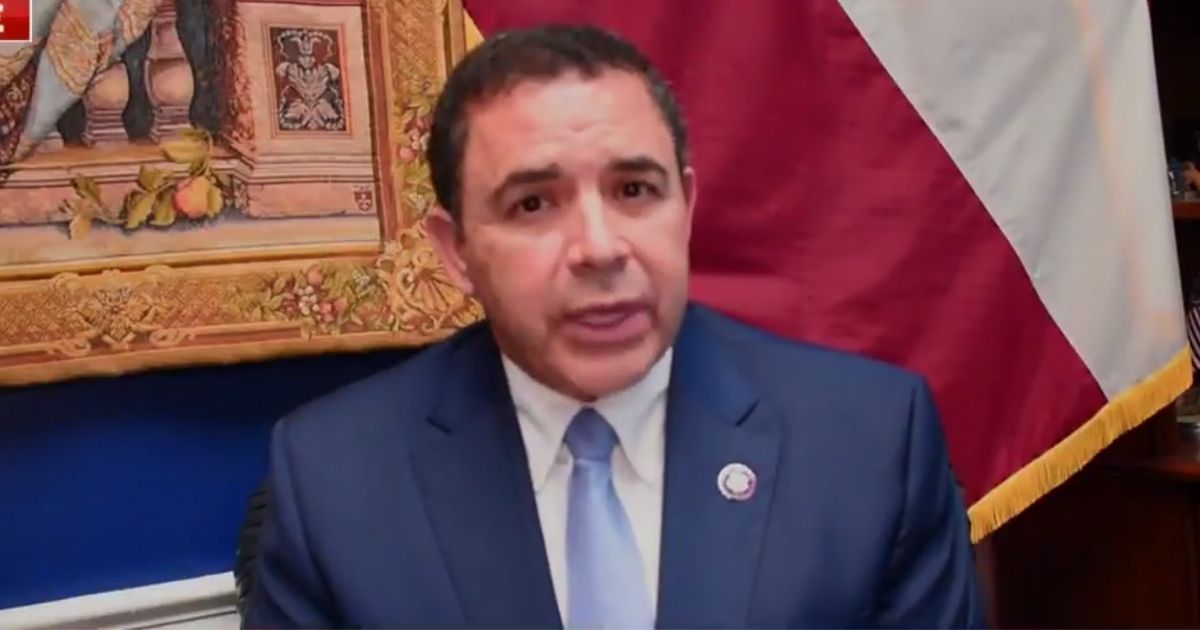 The following article, Hispanic Dem Rep Begs Biden to Stop Dumping Sick Migrants in His District, was first published on Flag And Cross.

He explained that Immigration and Customs Enforcement, in conjunction with Customs and Border Protection, drops off immigrants at a local charity. When that charity becomes overwhelmed by sheer numbers, however, the next stop is a local hotel. CBP reportedly does not bother to notify local officials that the migrants have been discharged in their city or town. Cuellar said CBP doesn’t even tell them if these individuals are sick — which many undoubtedly are.

“Certainly, that must raise red flags at the White House. Even without your pleas, someone’s got to be looking at this data and wondering what plan of action should be taken, don’t you think?”

Payne asked Cuellar what he would like to see done. “Are there mixed messages when Vice President [Kamala] Harris says, ‘Don’t come here,’ and yet the administration doesn’t publicize how many people are being deported as perhaps a deterrent?”

Cuellar responded, “You know, I told the White House that they have to — they are deporting people under Title 42, and I support Title 42, especially right now. They need to publicize and show images of people being deported. Because I ask you Charles, have you seen one single picture of somebody being deported? No. I haven’t seen one.”

He noted that typically March through June are the peak months for illegal border crossings, but this year, they are continuing to see this activity well into July.

“With all due respect to the administration,” Cuellar pleaded, “they need to put a pause on this now for the sake of our border communities.”

“I think you’re probably a thorn in their side,” Payne said.

“I’ll say this very carefully and very diplomatic,” Cuellar added. “The career people at DHS get it, they get it. In fact, when I speak, they have told me privately, ‘Thank you for having our backs.'”

This recklessness flies in the face of the measures that have been forced on American citizens. It’s unfair to the local community, particularly at a time when the administration is sounding the alarm over the Delta variant and imploring unvaccinated Americans to take the vaccine, and even those vaccinated to once again start wearing masks.

We learned recently that our text messages may be screened for possible “misinformation” about COVID vaccines. As if the government’s plan to send people door-to-door to “educate” us about vaccines wasn’t intrusive enough, left-wing groups reportedly will be working with SMS carriers to flag “problematic” messages.

Yet it looks as though they see nothing wrong with dropping off unvaccinated and untested illegal immigrants, some percentage of which are certainly COVID positive, at local hotels without a word.

The administration then reportedly provides these individuals with bus or airplane tickets to the U.S. city of their choice. We began hearing isolated reports about this early on in the Biden administration. It looked to be confirmed in March, when 108 migrants about to board Greyhound buses tested positive for COVID-19 at a Brownsville, Texas, bus station.

In April, the New York Post reported that some migrants were being given envelopes containing bus or airplane tickets to get them to their destinations. No photo ID required.

Stunningly, Fox News recently reported that nearly one-third of all migrants in ICE custody refused to even take the vaccine. Wow. How’s that for justice?

As U.S. citizens are shamed into vaccinations, spied upon for spreading potential misinformation and forced back into mask-wearing, migrants who may or may not be COVID positive are allowed to travel freely throughout the country mingling with and infecting the population.