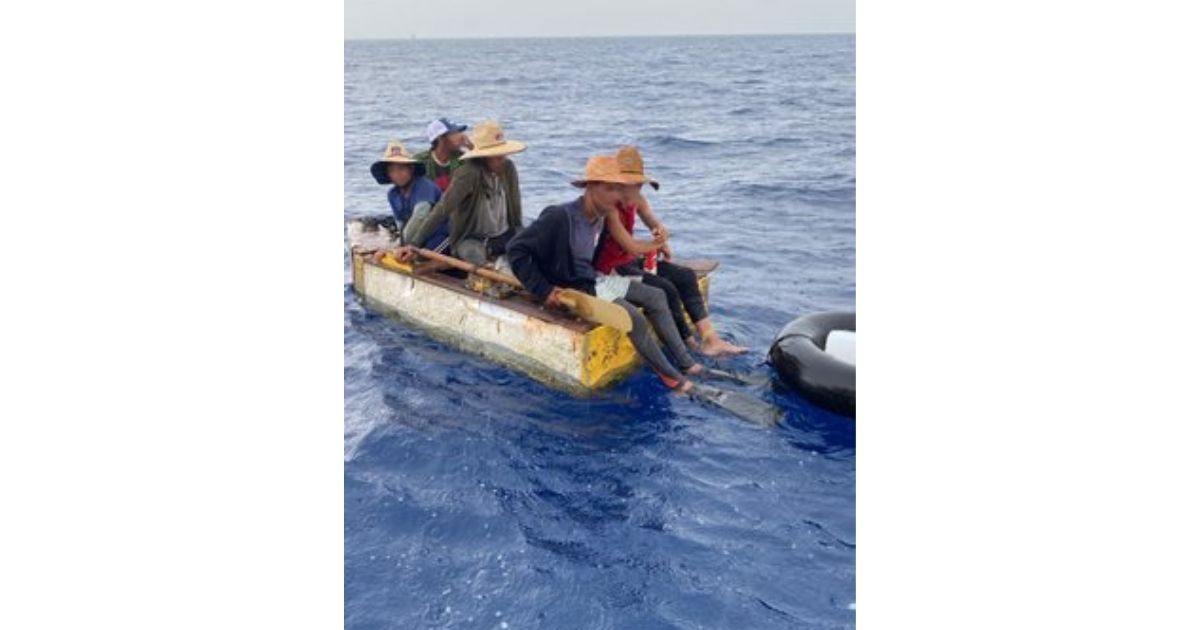 The following article, Biden's Forces Send Desperate Cubans Back to Communist Regime After They Risk It All for Freedom, was first published on Flag And Cross.

Over the weekend, the Coast Guard caught 27 refugees fleeing Cuba’s communist regime off the coast of Florida and promptly released them — back to where they came from.

Apparently, “catch and release” takes on a whole new meaning when the Biden administration is forced to deal with illegal migrants whom it does not view as politically valuable.

How else can this news release be explained?

On Friday, the Coast Guard captured a 21-foot vessel with 22 Cubans aboard seven miles south of Key West. The very next day, five Cubans on a makeshift raft were picked up 15 miles offshore.

They were all “repatriated” to their native country on Tuesday. You can bet the Cuban authorities will welcome them back with much more than a slap on the wrist.

“Taking to the seas on unsafe vessels is dangerous and can result in loss of life,” Capt. Adam Chamie said. “We request all mariners to report any possible migrant voyages to help prevent loss of life at sea.”

#SeeSomethingSaySomething Mariners – if you see any migrant voyage, call the @USCG to help prevent loss of life at sea.#DontTakeToTheSeas

“The time is never right to attempt migration by sea. To those who risk their lives doing so, this risk is not worth taking. Allow me to be clear: if you take to the sea, you will not come to the United States,” he tweeted.

The time is never right to attempt migration by sea. To those who risk their lives doing so, this risk is not worth taking. Allow me to be clear: if you take to the sea, you will not come to the United States.

Where is this gusto on the U.S.-Mexico border? Why isn’t the Biden administration scooping up illegal migrants crossing the southern border and immediately repatriating them?

It’s almost as if this is all political.

The Coast Guard is certainly proud of its work making sure desperate Cubans don’t reach U.S. soil. According to its news release, the force has intercepted nearly 600 of them attempting to flee communism since last fall.

And don’t worry — officials assured us that “crew members were equipped with personal protective equipment to minimize potential exposure to any possible case of COVID-19.”

Yet in the Texas border town of La Joya, one family of illegal aliens told a police officer that they were released by Border Patrol into the community because they were COVID-positive.

Those coming from Mexico or Central America are given free passage into the country because the Biden administration is betting they will vote for Democrats in the future.

Do you think the Biden administration's treatment of Cuban refugees is political?
Yes: 0% (0 Votes)
No: 0% (0 Votes)

But Cuban refugees aren’t likely to arrive in the U.S. and support Marxism. The ideology taking hold of the American left is exactly what they’re trying to escape. So the door left wide open on the mainland is slammed shut in the waters south of Florida.

That’s the most logical explanation for why the military is keen to keep 27 Cubans out of the U.S. while thousands of other migrants flood into the country from Texas to California.

Continue reading: Biden's Forces Send Desperate Cubans Back to Communist Regime After They Risk It All for Freedom ...