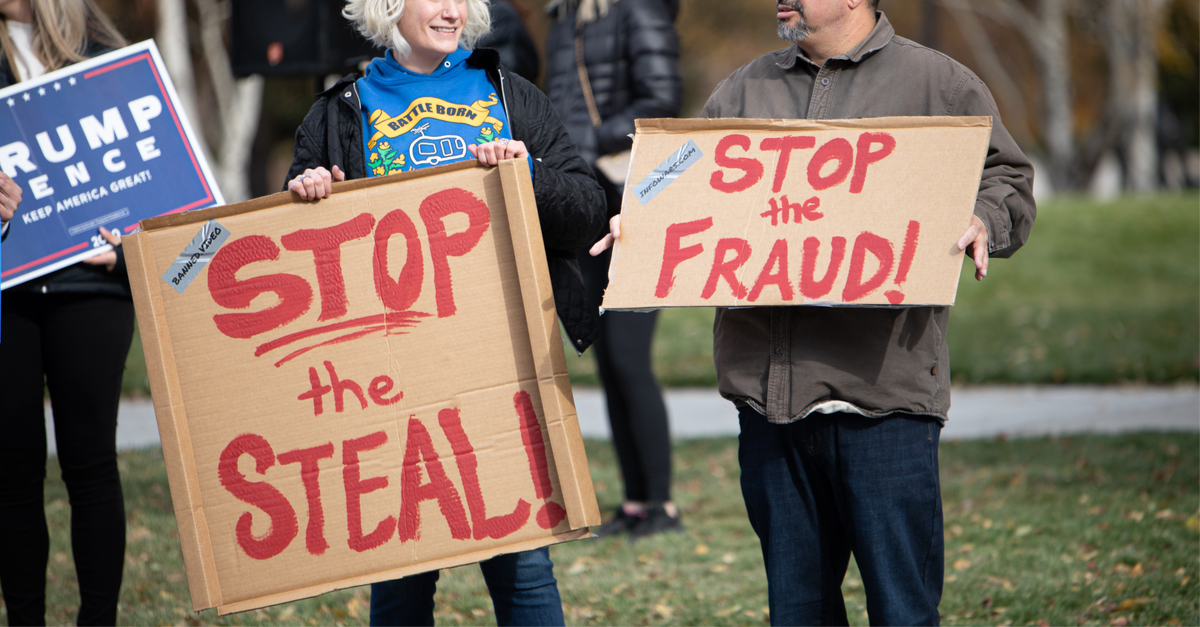 The following article, Justice Department Hints at Trouble for States Engaging in Election Audits, was first published on Flag And Cross.

In Arizona, an ongoing and auxiliary “audit” of the 2020 election results has kept proponents of the “Stop The Steal” movement on the edge of their seats.

These folks believe that there were major, fraudulent issues with the electoral system itself, and they believe that a reexamination of the processes and networks involved in counting the vote will provide enough evidence to force Congress to act.

Some may even have found themselves wondering if an end to the audit might come just days ahead of Mike Lindell’s “reinstatement day” prediction of August 13th – providing a bit of confluence to some of their theories about the future of Donald Trump’s political career.

The Justice Department, on the other hand, isn’t too thrilled about the idea of these audits spreading to other states, and they’re flexing a little of their electoral power to keep other locales from getting any ideas.

The Justice Department on Wednesday issued another warning aimed at states conducting or considering audits of ballots tallied in last year’s election, reminding election authorities that allowing ballots to be mishandled can violate federal law.

While the Biden administration “guidance” document carries no formal legal weight and may not strike fear into local officials, the Justice Department used the release of the legal analysis to press their campaign of saber-rattling against Republican-led audits of the 2020 vote in Arizona and other states, as well as voting changes many GOP-controlled states are pursuing as part of purported anti-fraud efforts.

Then came the mobster-esque verbiage.

“Jurisdictions have to be careful not to let those ballots be defaced or mutilated or lost or destroyed as part of an audit,” said a Justice Department official who briefed reporters on condition of anonymity. “This document puts down a marker that says the Justice Department is concerned about this.”

Democrats have already been attempting to discredit the Maricopa County, Arizona audit, and state officials have even gone so far as to suggest that they’ll replace the voting machines being examined for fear of them having been “tampered with” by auditors.

Wow – the corrupt DemocRATs will stop at NOTHING to deflect the truth!!