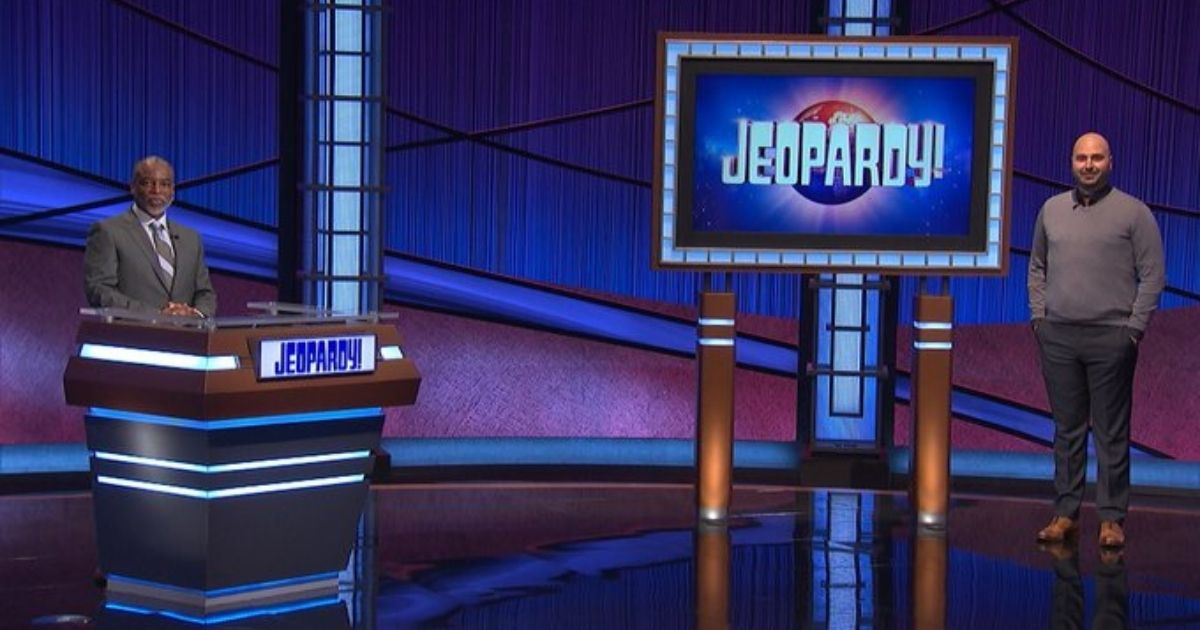 The following article, 'Jeopardy!' Contestant Sets Record for Lowest Score Ever After Piling Up Wrong Answers, was first published on Flag And Cross.

A contestant in Monday’s episode of the popular trivia game show “Jeopardy!” broke the record for the lowest score ever achieved.

Patrick Pearce of Fountain Valley, California, finished the game with a score of -$7,400. That was enough to break the previous record of -$6,800 set by Stephanie Hull in 2015, Entertainment Weekly noted.

Pearce’s negative score disqualified him from Final Jeopardy. Matt Amodio of New Haven, Connecticut, emerged as the winner, defeating Kathleen McHugh of Detroit and bringing his four-day winnings total to $122,400.

You might be wondering what happens if a contestant ends the game with a negative score. Does Pearce have to cough up $7,400?

Thankfully for Pearce, he does not, according to Bustle.

An online petition to make Burton the next host of “Jeopardy!” gathered over 260,000 signatures.

“[Hosting Jeopardy] wasn’t even on my bucket list, because I never anticipated that it could possibly be a reality for me,” Burton told Entertainment Weekly in May. “And no matter what happens, I’m really proud of myself for daring to dream that dream, ultimately.”

Patrick Pearce from #FountainValley is on @Jeopardy tonight! Cheer him on at 7pm on @ABC7. #Jeopardy pic.twitter.com/Vyzv3g9dRN

With the show searching for a new host after the death of Alex Trebek, Burton hopes to be chosen as his permanent replacement.

“More than anything, I am eager to put my skills up against those of anyone else in contention and then let the chips fall where they may,” Burton said ahead of his episode.

“The important thing for me is I have an opportunity to compete for the job, and that’s all I ever really wanted,” he said.

His debut was overshadowed by Pearce’s record loss, turning the episode into a hot topic of conversation on social media.

condolences to the new recordholder for worst day ever on Jeopardy, Patrick Pearce pic.twitter.com/JecMLYjQms

there’s a little patrick from jeopardy in all of us

Wait, hold up. Did I (and probably a whole lotta other folks) just tune in for the first time in a LONG time to watch the lowest recorded score in #Jeopardy history? If so, now I feel even worse for him

Burton will continue hosting “Jeopardy!” until Friday, according to the show’s website. CNBC analyst David Faber will then take over as host for the upcoming week, followed by sportscaster Joe Buck.