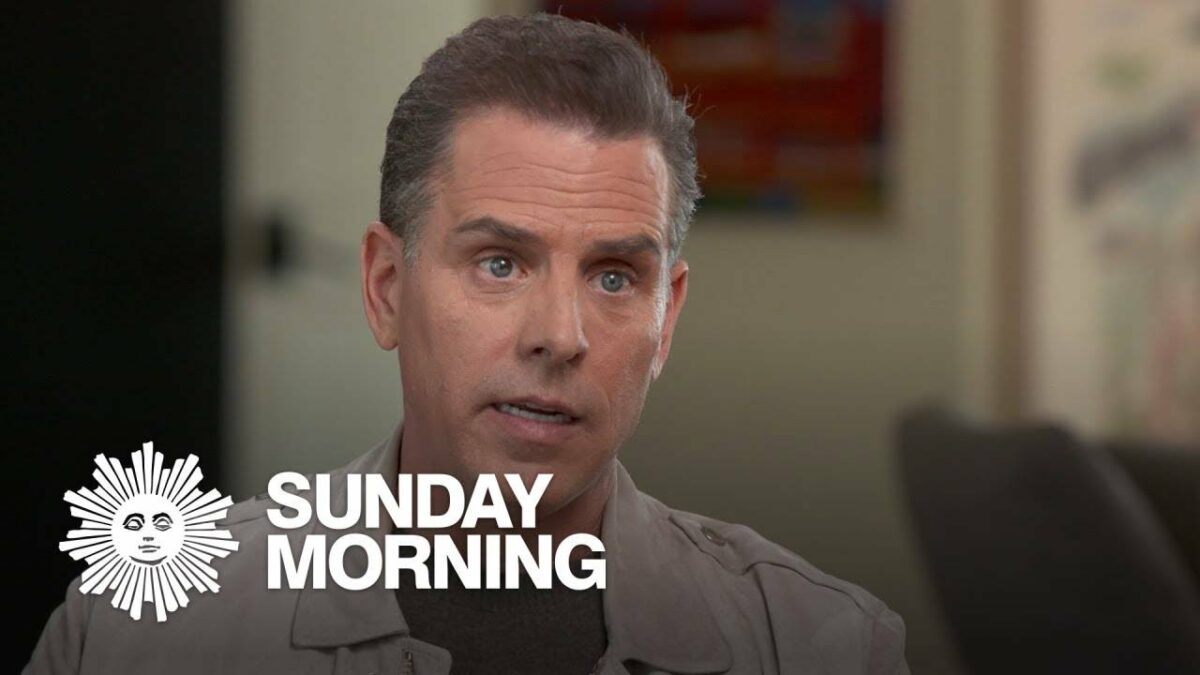 By 1986, crack cocaine had become a problem in America. Overdose deaths had begun to stoke fears of a drug epidemic, according to The Washington Post.

Then-Sen. Joe Biden, age 44 at the time, was on it. The Delaware Democrat introduced a bill to authorize “funding for drug treatment programs” and stiffen “penalties for drug offenses.” The legislation was passed with bipartisan support.

Footage of Biden speaking to colleagues on two separate occasions, one in 1991 and one in 1993, about the importance of (no pun intended) cracking down on crack cocaine has emerged, placed next to a devastating video reportedly found on Hunter Biden’s abandoned laptop.

The video shows Hunter’s face repeatedly light up as he smoked what looks to be crack. As his father spoke in the opposite footage, the haunting video of Hunter continued to play. He looked strung out, his eyes wide and glassy.

A middle-aged Joe Biden held up a quarter on the Senate floor in ’91, as one video showed. He told lawmakers, “If you have a piece of crack cocaine no bigger than this quarter that I’m holding in my hand, one-quarter of one dollar, we passed a law … that says [if] you’re caught with that, you will go to jail for five years. You get no probation, you get nothing other than five years in jail.”

He continued, “Under our forfeiture statutes, you can — the government can take everything you own. Everything from your car, to your house, your bank account — not merely what they confiscate in terms of the dollars from the transaction that you’ve just got caught engaging in.”

“I don’t care why they’ve become a sociopath,” the then-senator again told lawmakers in ’93. “We have an obligation to cordon them off from the rest of society.”

Then, his voice began to rise, both in volume and in pitch. “They are in jail, away from my mother, your husband, our families. So, I want to ask, what made them do this? They must be taken off the street.”

Clearly, Joe Biden has grown more compassionate over the years.

This rather ironic combination video has gone viral on social media over the last couple of days.

This is the most devastating video on the Internet pic.twitter.com/0clTee6gUs

On Monday night, Newsmax host Greg Kelly dived into what looks to be the same footage of Hunter Biden smoking crack — with the sound on.

Hunter appeared to be speaking to Hallie Biden (possibly on a Zoom call), his late brother’s widow, with whom he was romantically involved for a few years. Based on their conversation, Hunter was upset about an unflattering article supposedly written by New York Times columnist Maureen Dowd, and the two were having a disagreement. He apparently found relief in his crack pipe.

In an April interview with CBS Sunday Morning’s Tracy Smith, Hunter said he had begun to date Hallie in 2017, two years after his brother’s death. Hunter was still married to his ex-wife Kathleen, however, they were estranged.

During his Newsmax segment, Kelly made the point that the establishment media had ignored this and all of the other sordid stories that came out about Hunter.

According to Kelly, this is the same media that was “dragging Donald Trump, Jr. to Capitol Hill to harass him. They were investigating Eric Trump. These are superb individuals. I know them personally. And this guy, off the hook. That’s not fair.”

Two questions: Why did Hunter think it was a good idea to record everything he did on video? And what was Hallie Biden thinking when she began a relationship with him?

A LifeZette article about the same video reminded us of a remark made by Joe Biden last fall after it was revealed that his son was under investigation by the Department of Justice. He told reporters that Hunter is the smartest man he knows.