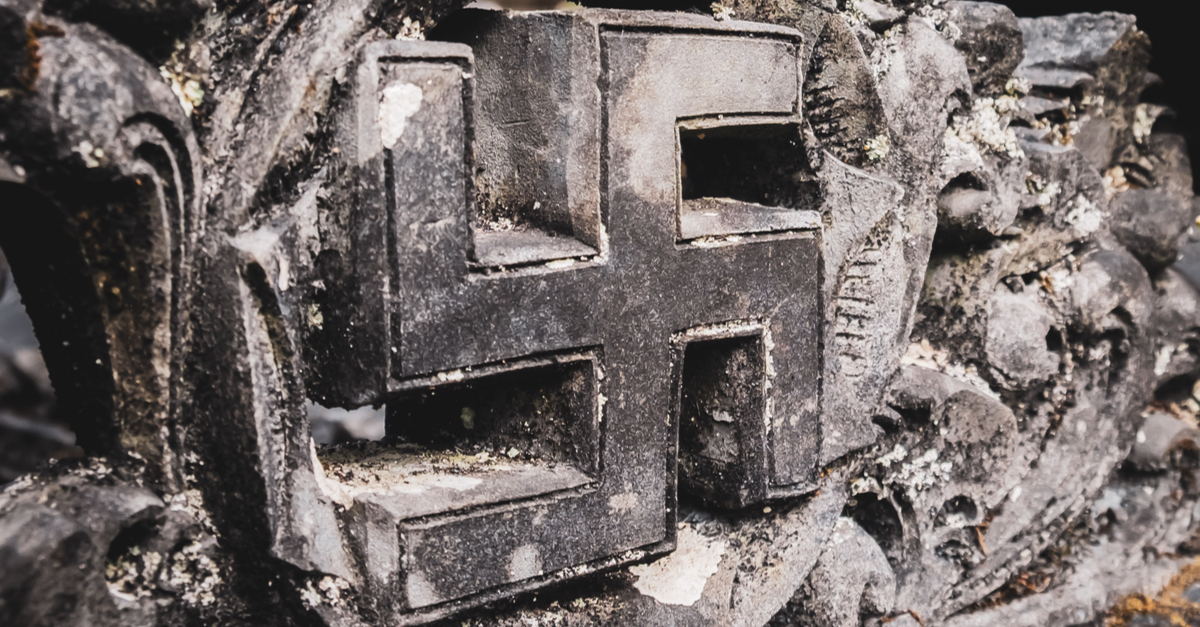 There’s nothing funny about the Nazi regime, and everyone knows it, except for a certain breed of adolescent dolt who’s simply looking to appear edgy and dangerous as some hormonal ploy to attract a mate.

These are the kids that would draw toothbrush mustaches on the faces in the magazines, or throw up a sig heil behind the teacher’s back for a laugh.

But this phase almost always fades as the years climb on, and most of these young idiots looks back at themselves in a perpetual state of cringe.

This leaves us to assume that anyone continuing to exude such Hitleresque nonsense into adulthood is doing so very purposefully, and not with the naïveté of their younger years.

At the State Department, this reality is causing a bit of concern.

A swastika carved into an elevator car has been discovered at the State Department in Washington—in a location within the building’s security perimeter. The elevator is close to the office of the special envoy charged with monitoring and opposing anti-semitism, Axios reports. Secretary of State Antony Blinken emailed all employees Tuesday about the discovery.

“The hateful graffiti has been removed and this incident will be investigated,” he wrote. Blinken is the stepson of a Holocaust survivor, per the Washington Post, and has emphasized the threat of anti-semitism, which he wrote “isn’t a relic of the past.” Officials have said President Biden will nominate an ambassador-at-large to deal with the problem; the Jerusalem Post called for such a position in an editorial this month.

Hate has been on the rise in America in recent years, as white supremacist groups continue to recruit and spread their message online, and then, often violently, in real life.