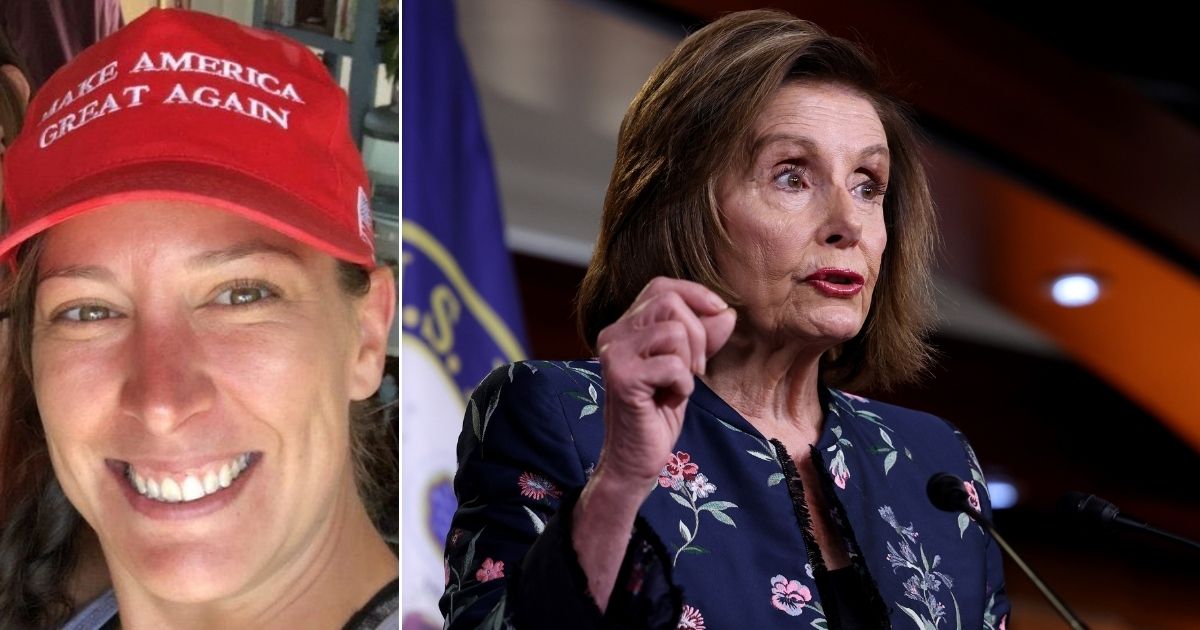 The following article, No Moment of Silence Offered for Ashli Babbitt, Only Person Killed in Capitol on Jan. 6, was first published on Flag And Cross.

U.S. Capitol Police Officer Harry Dunn, a left-wing political activist, lied about the death of one of his colleagues while testifying Tuesday before the congressional charade regarding the Jan. 6 Capitol incursion.

The officer also called for a moment of silence for his former co-worker in what seemed like an act of political theater.

Dunn began his testimony Tuesday before House Speaker Nancy Pelosi’s “Select Committee on the January 6th Insurrection” by calling for a moment of silence for Capitol Police Officer Brian Sicknick, who Dunn falsely claimed died from injuries suffered during the riot.

Capitol Police Officer Harry Dunn calls for a moment of silence “for my fallen colleague, officer Brian Sicknick, who died from injuries he sustained in the line of duty defending the Capitol of our beloved democracy” https://t.co/2RJjqvCz6u pic.twitter.com/iTF7sAXsLI

Sicknick seemed to do his job with distinction, and he died tragically on Jan. 7. But his death was not the result of “injuries he sustained in the line of duty defending the Capitol,” as Dunn falsely and inflammatorily said.

U.S. Air Force veteran and political activist Ashli Babbitt, on the other hand, was shot and killed by an officer within Dunn’s agency whom lawmakers and the Capitol Police will not name. She was an unarmed protester and, from everything we know, posed no imminent threat to lawmakers or officers.

Neither Dunn nor anyone else taking part in the hearing offered a moment of silence for Babbitt — the only person who was killed during the events of Jan. 6. (Sicknick and three others died of natural causes.)

Babbitt was a conservative who supported then-President Donald Trump, which means she will be forever either ignored when convenient or demonized when politically expedient by the left.

Dunn, whose presence Tuesday was intended to garner sympathy for the Democrats’ political theatrics, certainly wasn’t going to bring up the fact that the only person killed in the supposed “insurrection” was an unarmed woman shot to death by one of his colleagues in the Capitol Police Department.

That is a department, by the way, that shot no protesters as Black Lives Matter set fire to parts of D.C. last summer and even attacked GOP Sen. Rand Paul of Kentucky following the Republican National Convention at the White House.

Paul reminded the country of the soft treatment of violent leftists in a tweet Tuesday morning:

BLM rioter punched a police officer in the face requiring surgical repair. Punishment? Released on his own recognizance! Non-violent trespassing in Capitol on January 6th? Solitary confinement without parole! Double standard? You bet!https://t.co/Mlax0ehzoO

Dunn, who is intended to be the humanizing face of the Democrats’ current witch hunt, neglected to mention Paul’s attack or the fact that the Capitol has been the target of two bombings by leftist groups — one in 1972 and another in 1893.

We never hear about these and other assaults on the democratic process, and Dunn wasn’t going to bring them up Tuesday. Those bombings and Paul’s attack don’t help the narrative that conservatives in red hats, and not vile Marxists, are the chief threat to the country’s stability.

Dunn laid it on thick Tuesday to promote the left’s false narratives.

“To the rioters, the terrorists, and the insurrections of that day: Democracy went on that night, and still continues to exist today,” the officer said during his testimony, Business Insider reported.

“Democracy is bigger than any one person, and any one party. You all tried to disrupt democracy that day, and you all failed.”

He went so far as to call American citizens who were trespassing “terrorists.”

Dunn showed that this select committee investigation on Jan. 6 is what we all knew it would be: a partisan sham.

He tried to paint Sicknick as having been murdered by an attacking mob in order to help the Democrats’ narrative that it was the most harrowing day in the country’s history — which it was not.

Babbitt, whether her presence in the Capitol was lawful or not, was literally gunned down by a still-unidentified federal officer.

Nobody wants to talk about that, or the fact that Washington was an epicenter of left-wing chaos last year that was allowed to go on for months.

Racism is so American, that when you protest it, people think that you are protesting America!#RacistInChief #racism #leaveittowhitestotellblackswhatisntracist #IStandWithIlhanOmar #squad

Kinda cool, I recognize that voice in the background

Thank you @RepLizCheney for speaking out and having the courage to tell the truth no matter the sacrifice. https://t.co/9VmjdvMxdn

I challenge anyone who doesn’t believe January 6th was an insurrection, to post the definition of #Insurrection and then tell me again who is trying to downplay and rewrite history. #NeverForgetJanuary6th pic.twitter.com/DmVVgsBMQZ

His statements Tuesday were pure politics.

Sicknick most certainly lived a life worthy of recognition. But the hearing Tuesday, being the political spectacle it was, was not the place for a memorial for him.

If anyone was deserving of a moment of silence on Tuesday, it was Babbitt. The 35-year-old veteran was killed by a federal officer for the crime of trespassing.

The details of her death remain shrouded in secrecy while Democrats prop up Dunn as an honorable police officer and not a member of their messaging team.

Continue reading: No Moment of Silence Offered for Ashli Babbitt, Only Person Killed in Capitol on Jan. 6 ...