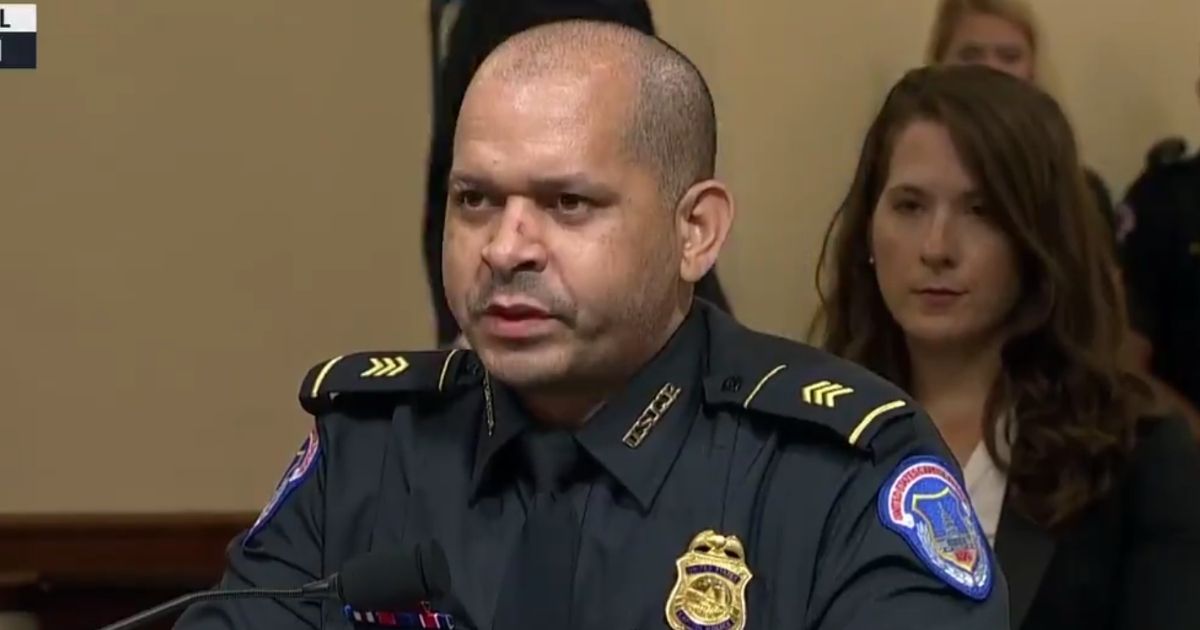 A Capitol Police sergeant on Tuesday appeared to suggest people should go to former President Donald Trump’s house and put on display the violence Capitol police officers experienced on Jan. 6 before apologizing for the comment.

Sgt. Aquilino Gonell made his comments during his testimony in front of the House Select Committee during the investigation into the incursion of the Capitol.

Republican Rep. Liz Cheney of Wyoming asked Gonell how he felt when he heard Trump say “there was a lot of love” in the crowd of people who attended the rally before the incursion.

“It’s upsetting. It’s a pathetic excuse of his behavior for something that he himself helped to create this monstrosity,” Gonell said.

“I’m still recovering from those ‘hugs and kisses’ that day. He claimed that so many rioters, terrorists were assaulting us that day. If that was hugs and kisses, then we should all go to his house and do the same thing to him.”

Rep. Cheney: “You hear fmr. President Trump say, ‘It was a loving crowd, there was a lot of love in the crowd,’ how does that make you feel?”

Sgt. Gonell: “It’s upsetting, it’s a pathetic excuse of his behavior … I’m still recovering from those hugs and kisses that day.” pic.twitter.com/Icvc0ppaSo

Gonell was one of the police officers who responded to the attack that day. Three other officers testified at the first hearing of the select committee, The New York Times reported.

PBS NewsHour correspondent Lisa Desjardins tweeted that Gonell later apologized for his comment and said “he did not mean to suggest anyone should go to Trump’s house.”

Sgt. Gonnell just apologized for his words about Trump’s ‘hugs and kisses’ to the crowd … saying he did not mean to suggest anyone should go to Trump’s house.

About 140 police officers were injured during the incursion of the Capitol while Congress was in session to certify the results of the 2020 election.

Gonell detailed the events of Jan. 6 to the committee and said he thought he was going to die.

“I could feel myself losing oxygen and recall thinking to myself, ‘This is how I’m going to die — defending this entrance,'” he said.

US Capitol Sgt Aquilino Gonell: “What we were subjected to that day was like something from a medieval battle. We fought hand to hand … the rioters that attempted to reach the Capitol were shouting, ‘Trump sent us’ … I recall thinking to myself, ‘this is how I’m gonna die'” pic.twitter.com/gcqzKjv6JX

Gonell also criticized Republicans who have opposed efforts to investigate the incursion.

“There is a continuous, shocking attempt to ignore or try to destroy the truth of what truly happened that day, and to whitewash the facts into something other than what they unmistakably reveal: An attack on our democracy by violent domestic extremists, and a stain on our history and our moral standing here at home and abroad,” he said, according to NPR.

The nine-member panel was formed after Senate Republicans blocked the creation of an independent commission to investigate the events of Jan. 6, according to Reuters.

The panel is made up of seven Democrats and two Republicans, all of whom were appointed by House Speaker Nancy Pelosi, NPR reported.