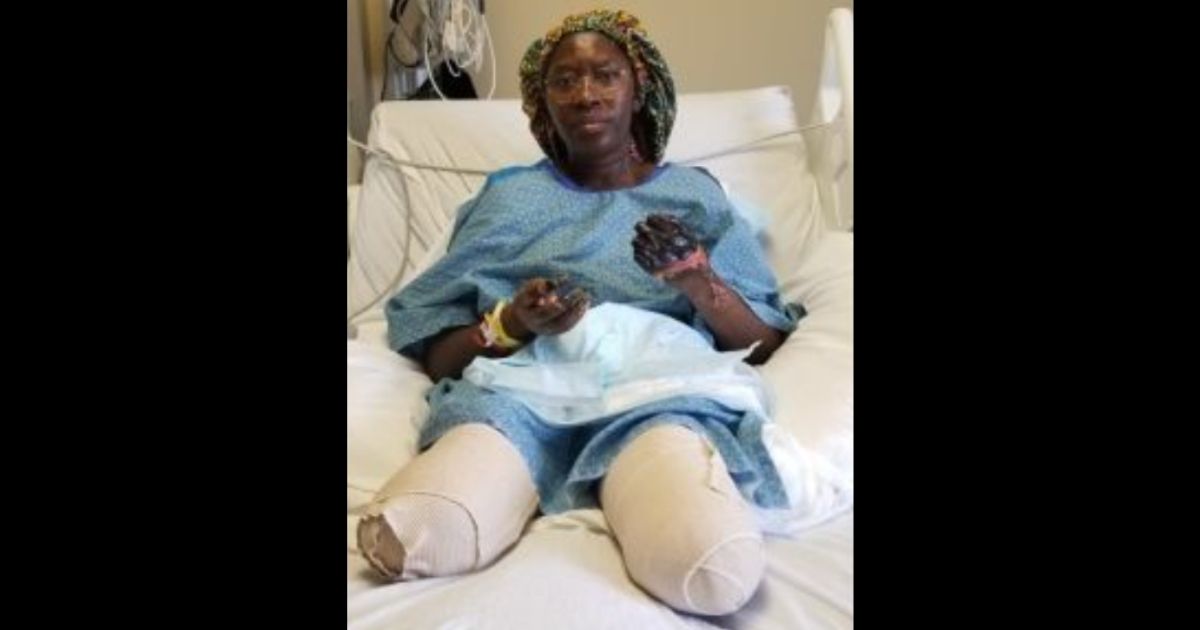 Two years ago, Jummai and Philip Nache were looking for money to spread their faith to African immigrants in the Minneapolis area.

Now, according to a GoFundMe page set up to raise money for Jummai, the Nigerian couple are desperate as the North American Mission Board and Minnesota-Wisconsin Baptist Convention try to help them endure the impacts of a possible reaction to the coronavirus vaccine.

In the message on the GoFundMe page, Leo Endel, executive director of the Minnesota-Wisconsin Baptist Convention, said that “Jummai has undergone the amputation of her two legs below the knee and will later lose most of her two hands.”

The post includes a description from Philip Nache of what took place after his wife received her second dose of the Pfizer vaccine on Feb. 1.

Nache said his wife was required to take the vaccine by a Minneapolis clinic where she worked.

She suffered chest pains after her second dose, her husband said. Several days later, he wrote, she went to an urgent care facility, where an EKG showed she had no heart trouble.

However, a coronavirus test — five days after she was vaccinated — came back positive, Nache wrote.

He said that on Feb. 14, after she had been transferred to the University of Minnesota Medical Center, “the doctor called and told me that her heart was deteriorating, her oxygen levels and blood pressure were low and she needed to be put on a ventilator. I gave approval for them to proceed with the ventilator as needed.”

Jummai’s condition worsened, Nache said, noting that although he suspects the vaccine triggered everything that went wrong, he cannot prove it.

“Whatever the cause may be, my wife is suffering unbearable excruciating pain and permanent catastrophic damage,” he wrote.

“The consequences of the adverse event are as follows: 1. Arterial blood clot; 2. Respiratory distress—ventilator; 3. Cardiomyopathy; 4. Anemia; 5. Damage to fingers of both hands and toes of both feet; 6 Ischemia; 7. MIS-Multiple Inflammatory Syndrome.”

Philip Nache said that a virtual call of between 70 and 80 doctors could not determine the cause of her condition.

“Since Jummai’s blood specimen which was taken at the onset of this nightmare is saved in the lab, we pray for God’s provision of a separate body of experts who could study Jummai’s very unique case to draw other conclusions,” he wrote, saying his questions about the vaccine’s possible role in his wife’s condition haven’t been satisfactorily answered.

“On one occasion, the doctor called and told me that Jummai could die at any moment, but God preserved my wife’s life in a miraculous way in response to all the prayers of the church,” Nache said.

“He has continued to do amazing things in her life, to which we testify,” he wrote. “Three weeks ago, the cardiologist told us that Jummai’s heart is 100% healed. By God’s grace, this goes against the initial report which was that her heart would never be the same. To God be the glory!

“I have also appreciated God’s grace of healing her from the life-threatening impact of the vaccine/Covid-19 destruction, but it has required high risk surgeries for amputation of both legs (below the knees). When those are healed, she is yet to undergo amputations at both hands.

“My experience on this journey has been so difficult but I can’t imagine the excruciating pain mentally, physically and emotionally that my wife is going through. I can only equate her experience and challenge with Job’s experience and trial in the sense that the challenges have come in degrees, one after another.

“I wasn’t asking why the righteous suffer and I also encouraged Jummai to take the same approach, not because we have a strong faith but because of the example of the heroes of faith like Job.”