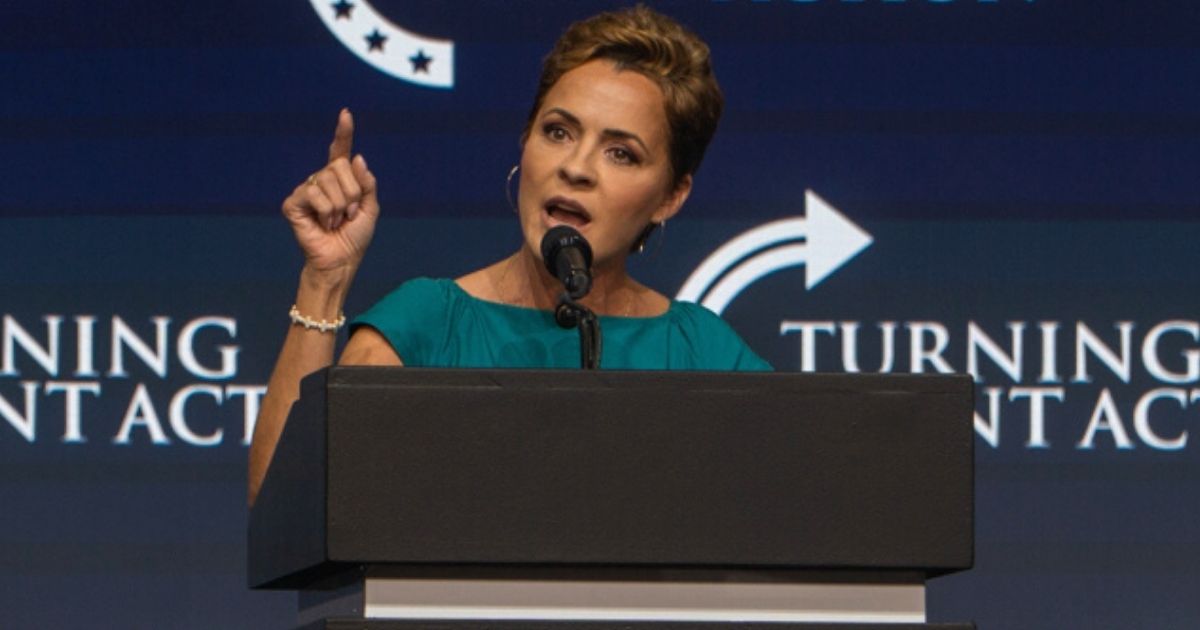 The following article, 'The Media Is the Conspiracy Theorist': Crowd Erupts After Kari Lake Exposes Media's Election Lies, was first published on Flag And Cross.

It wasn’t hard to find Kari Lake at the Protect Our Elections rally in Phoenix on Saturday.

All one had to do was follow the loud chants of her name: “KARI, KARI, KARI …”

Although the thousands present were there to hear from former President Donald Trump, Lake was undeniably the next-biggest star of the show.

I am so overwhelmed with the love and support Arizonans have shown our Campaign.

Thank you for visiting state 48, Mr. President! Get back to Arizona as soon as you can. Arizona is MAGA Country.

Between shaking hands and posing for pictures, Lake briefly spoke to The Western Journal about the issues the rally was all about — election integrity and the Arizona audit.

In her view, the current narrative being pushed by the media establishment — that those on the right with election integrity concerns are conspiracy theorists — couldn’t be more of a sham.

“If there’s one thing we’ve learned in the past five years, six years, is that the media is the conspiracy theorist,” Lake told The Western Journal. “I mean, look at CNN. The stuff they’ve pushed, all of it’s turned out to be false. The truth is just now starting to come out thanks to respectable journalists who are actually digging and finding it.

“But the mainstream media, the corporate media will not put that on because it proves they’ve been lying.

“And they’ve kept this going, this whole thing that, ‘Oh, it’s just a bunch of, you know, conspiracy theorists doing the audit,’ that’s BS. These auditors, investigators, as I call them, there’s nothing in it for them to go one way or the other. They are the one independent in the whole bunch.”

Following the interview, Lake took to the stage to speak to the thousands present at the downtown Arizona Federal Theatre.

The applause to her speech was deafening.

It is an honor of a lifetime to be with THOUSANDS of Patriots today for @TrumpStudents Rally!

The ENTIRE crowd is ON FIRE for our ARIZONA FIRST Campaign. The MAGA Movement is stronger than ever!!

“I worked for 27 years in the media, and when I left, I pulled the plug and I told them what was going on,” Lake said during the speech.

“The media is nothing more than a propaganda machine. They’re trying to destroy this country by dividing us, and we’re not going to let them do that anymore. Turn it off.”

Clearly, Lake’s message has struck a chord with conservative Arizonans.

If the reception she received on Saturday is any indication, it’s pretty clear who will be winning the race for Arizona governor come 2022.