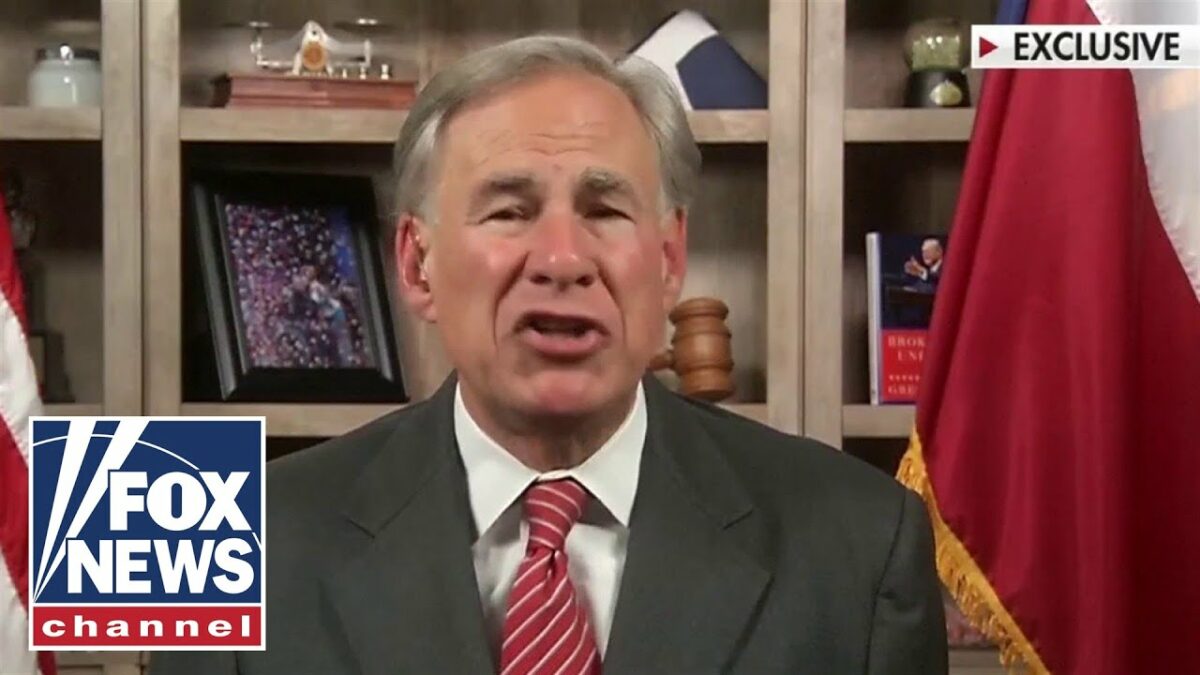 The following article, Texas Is 'Not Playing Games Anymore' as Gov. Abbott Unveils New Catch-and-Jail Strategy, was first published on Flag And Cross.

Anyone planning to cross the border illegally into Texas could soon have second thoughts — and plenty of time behind bars to think them over, Republican Texas Gov. Greg Abbott said Sunday.

“First of all, I will tell you, listen, this is the — one of the most reprehensible actions by the Biden administration. First, if you recall, under the Trump administration, they pretty much had cross-border illegal immigration shut down,” Abbott told host Maria Bartiromo.

“All that Biden had to do was to continue the Trump policies, and we would have no problem on the border whatsoever. But now it’s getting worse because Biden is opening the floodgates for people who are coming from countries where there’s an extremely low vaccination rate, and there’s an extremely high number of people coming across the border who do have COVID,” he said.

“But, second, so what Texas is doing, we’re not playing games anymore,” he said.

“I have deployed the National Guard, as well as the Texas Department of Public Safety. And we have a new program in place, because the Biden administration plan is to catch and release,” he said,

“The Texas plan is to catch and to jail. So we are arresting and jailing. The program has already begun. It took a few weeks to set up, because we actually had to set up an entire new booking system. And we had to get judges involved in the process, magistrates to — who would magistrate these people,” Abbott said.

Abbott said the state charges illegal immigrants with a variety of state-level crimes.

“We had to open up a former prison that has now 1,000 jail beds that we’re starting to fill up. We are arresting people every single day, and we’re arresting for trespass. When you come across the river, you’re typically coming into private property or county property or state property. You are trespassing,” he said.

Texas is also increasing its efforts to guard the border, he said.

“And because I declared it an emergency, the punishment for the crime has been doubled. So it’s either a Class B or Class A misdemeanor that can put them in jail for a half-a-year or a year. And our goal is to continue to arrest people coming across the border, but, at the same time, surge more National Guard, more Texas Department of Public Safety officers to make sure that we’re doing everything that we can as a state to secure the border,” he said.

After Bartiromo mentioned the dangers of drugs like fentanyl being smuggled in, Abbott said Texas is trying to block the drug coming into the state, now that the Biden administration will not protect Texas.

“But here’s the important mathematical fact, Maria. And that is, when you put all law enforcement agencies together, they have seized more [than enough] fentanyl to kill, to kill every man, woman and child in the United States of America. All it takes is two milligrams for it to be a lethal dose,” he said.

Amid the carnage “the Biden administration is doing nothing to stop this,” Abbott said.

But Texas “once again is stepping up. And we are going after the cartels, seizing this,” he said.

Pushing back on the Biden administration narrative that border crossers are all harmless immigrants seeking a better life, Abbott said, “This has been an escalation of the drug cartels coming across the border.”

“So, Texas is engaged in a massive law enforcement effort to crack down on some of the most dangerous criminals in the United States,” he said.