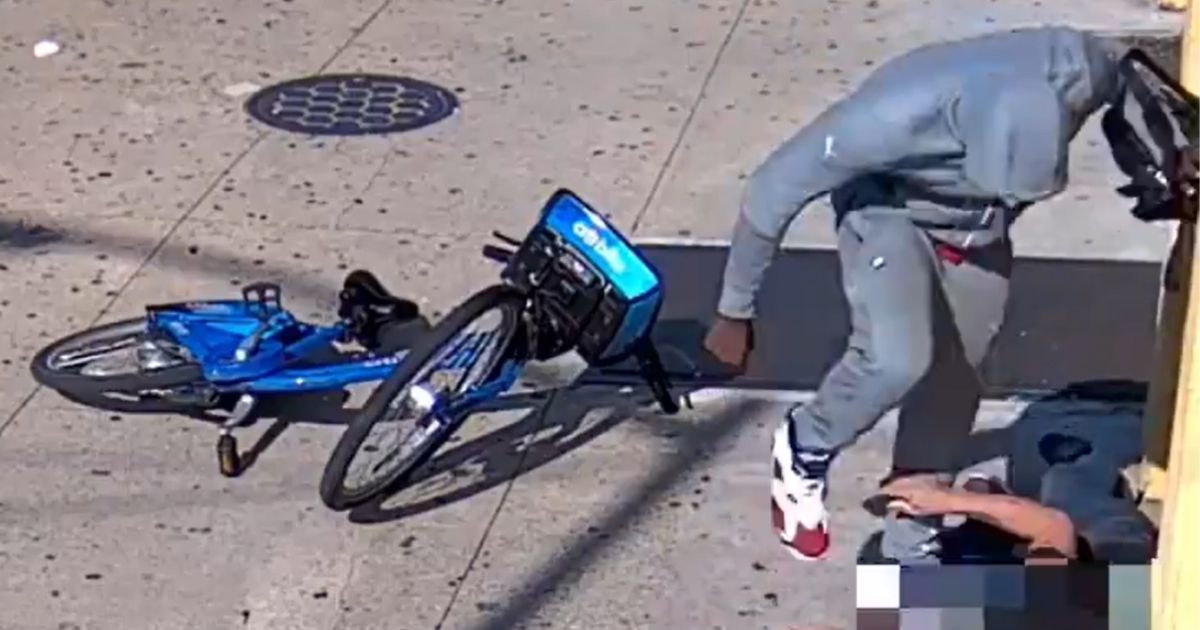 A major law enforcement union called out local and state politicians in New York as another horrific incident highlighted the rising crime in the city.

“These are NYC streets! What used to be the safest big city sent back to the days of high crime due to failed laws that allow no consequences and embolden criminals. Politicians in Albany and City Hall need to step up now to fix their mistakes and keep New Yorkers safe,” the group tweeted Sunday.

The heated statement was in response to a clip posted by the New York Police Department News in which a 68-year-old man was brutally beaten during a mugging in Brooklyn on Saturday morning.

These are NYC streets!
What used to be the safest big city sent back to the days of high crime due to failed laws that allow no consequences and embolden criminals. Politicians in Albany and City Hall need to step up now to fix their mistakes and keep New Yorkers safe. https://t.co/yrluuRqLIG

NYPD data from May showed a 22 percent increase in violent crime from the year prior, according to WABC-TV.

More specifically, gun violence in the Big Apple has been surging — leaving many city dwellers fearful that they could be the next victim.

“A number of other American cities unfortunately are going through much, much worse [crime spikes], and that’s where that [federal relief] money was targeted,’’ de Blasio said, according to the New York Post.

Clearly, the union that represents some of the people on the front lines views it differently.

The New York City Council shifted $1 billion away from the Police Department last July amid a nationwide push to “defund the police” in the wake of George Floyd’s death in Minneapolis.

Eric Adams, New York City’s Democratic nominee for mayor, says he has already met with police union heads to reset the relationship between the mayor and the force amid a spike in violence https://t.co/C4dxkTbciV pic.twitter.com/iOGeaHlpzE

Adams is a former NYPD captain and has garnered the support of many law enforcement officials and groups in the region.

New York is finding itself at a crossroads, with many politicians seemingly disinterested in fighting crime as there are calls to radically change the criminal justice system.

Democratic politicians such as Gov. Andrew Cuomo and De Blasio are surely well aware there is an issue but do not want to make progressives upset.

Violence interrupters are meeting New Yorkers where they live and getting the entire community involved in fighting back against gun violence. THIS is how we build solutions at the grassroots level and ensure a safe summer in NYC. pic.twitter.com/gomvYHfoGy

In this case, there is credit due to Adams, who understands that the city can strike a balance between preventing violence and improving policing strategies.

Hopefully, his presumed tenure will result in fewer horrifying acts like the one that took place on Saturday.

What a sh**hole is New Yawk, run by what else, but demended dems who think they are managing the city and state marvelously. Obviously, the criminal low lifes, such as the groid mugger are as brazen as ever knowing they probably won’t be caught, and even if they, won’t suffer much in the way of consequences. Pathetic situation.