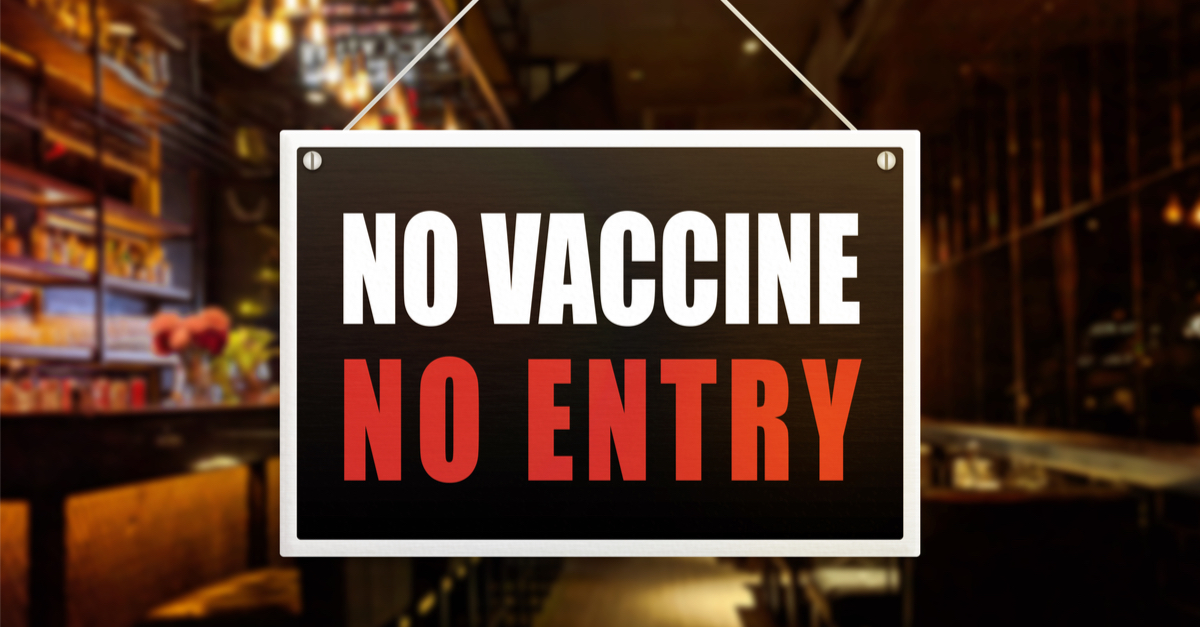 The following article, Southern Restaurant Scorched After Refusing to Serve Unvaccinated People, was first published on Flag And Cross.

In these late-stages of the pandemic, there are a number of emerging plot lines that almost seem more controversial than those that we experienced at the beginning of this fiasco, and it makes us wonder if some of it isn’t just for show.

For instance, in the restaurant industry, where just about every businesses owner is struggling mightily, there are a number of different approaches to dealing with this latest “delta” variant of COVID-19.  This is of particular note now that many establishments had reopened during the lull in cases, and are now hanging on for dear life during “delta”.

But one restaurant in the deep south has thrown their prosperity aside, and are making the controversial decision to serve only vaccinated customers.

An Atlanta restaurant is making the bold decision to serve only customers who are fully vaccinated. Argosy Restaurant and Bar, located in East Atlanta Village, is one of the first businesses in Georgia to mandate with signs that say “No Vax, No Service.”

The company owner made the decision earlier this week after he and several of his employees, who were all fully vaccinated, contracted the virus as breakthrough cases.

The owner has suggested that these breakthrough cases were worse for business than treating the unvaccinated as though they are second class citizens.

“We did it strictly as a business decision after multiple staff members tested positive,” said restaurant owner Armando Celentano. “We had to close down during a busy weekend, losing out on tens of thousands of dollars.”

The decisions certainly stirred up a great deal of conversation on social media, where the restaurant received both praise and criticism for its decision.

If I am vaccinated and still contract the virus what was the need for getting the vaccination. It must be a personal choice. Why is Psaki unwilling to tell us how many White House staffers are not vaccinated, while preaching that we must get vaccinated.

How are people so blind that they refuse to realize that the so-called vaccines do not work? Stupid is what the owner is.