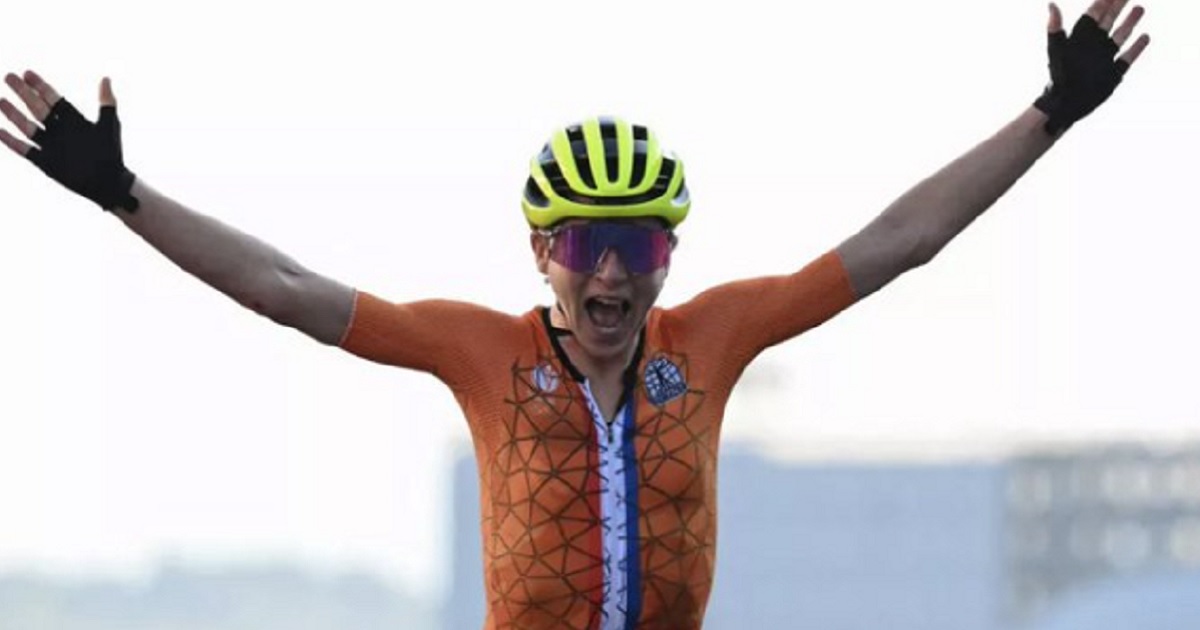 The following article, Olympic Cyclist Celebrates Victory as She Crosses the Finish Line, Then Learns a Gold Medal Isn't Coming, was first published on Flag And Cross.

Neither the gold medal winner nor the woman who celebrated when she thought she had won could quite believe the results of the women’s Olympic bicycle road race on Sunday.

Dutch rider Annemiek van Vleuten put on a massive gold medal-worthy display of victory as she crossed the finish line.

But there was one catch.

Anna Keisenhofer of Austria had been so far ahead of the rest of the pack that two minutes before van Vleuten had celebrated her finish, Keisenhofer had already had won the race,  according to Cycling News.

Van Vleuten waved her arms in triumph and embraced members of her team, only to learn the truth after someone knowing the facts poured cold water on the celebration.

“This is an example (of what happens) if you ride an important race like this without communication. All World Tour races have communication, and now it’s the three of us standing here and wondering who has actually won,” van Vleuten said, referring to teammates Marianne Vos and Anna van der Breggen, according to CNN.

In most races, cyclists are in radio communication with their teams, but that is not allowed in the Olympics.

“I’m gutted about that, of course,” she said.

Although the realization that she had not won a gold medal hurt, van Vleuten said winning a silver medal remained an achievement.

“I’m really proud of the medal, because I did not have an Olympic medal. It’s also a silver medal with a shine on it, because I felt super good today,” said van Vleuten.

“My goal was to be at my best-ever level here, and I think I nailed that. It’s not the result we were hoping for, but for me, personally, I think I did a really good race.”

Keisenhofer is a relative newcomer to the sport, having taken it up in 2014.

When she finished, she said, there was no more to give.

“My legs were completely empty. I have never emptied myself so much in my whole life. I could hardly pedal any more. It felt like there was zero energy in my legs,” she said, according to CNN.

“I couldn’t believe it. Even when I crossed the line, it was like, ‘Is it done now? Do I have to continue riding?’ Incredible,” she said.

“I have really sacrificed so much for today. I wasn’t expecting to finish it off like that. I sacrificed everything even for a top-15 place and now to get this, for the sacrifices, it’s just such a reward, it’s incredible,” she said, according to CNN.

Keisenhofer brought Austria its first summer games gold since 2004, and its first cycling medal since 1896, according to the Independent.