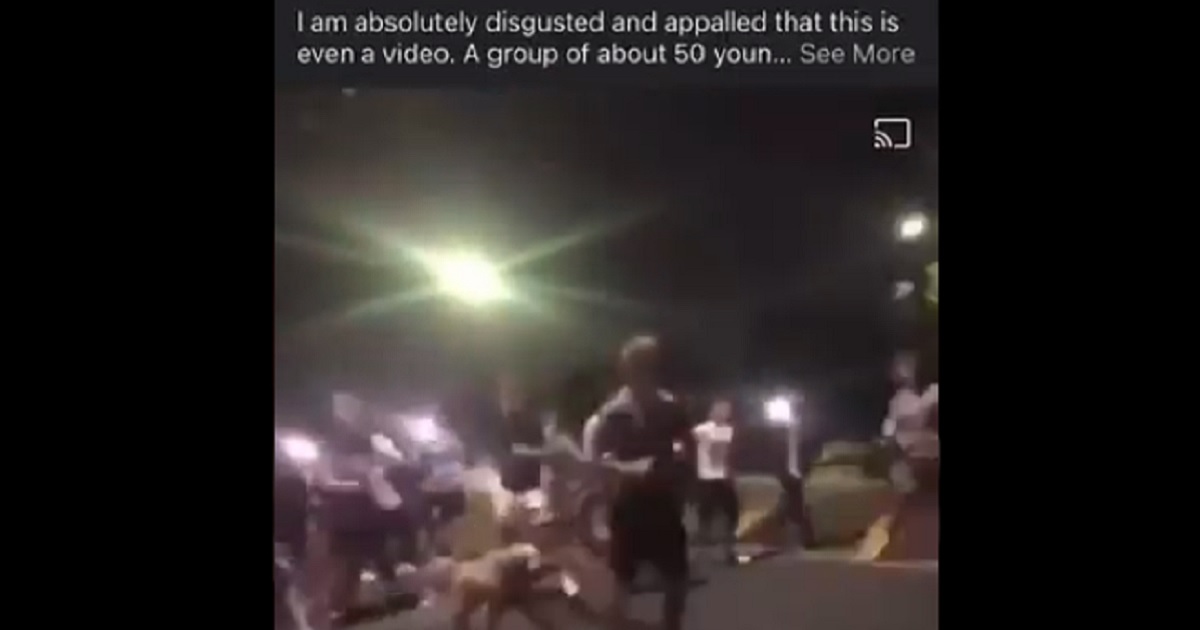 The following article, Off-Duty Firefighter Jumped by Mob Who Tell Him It's 'Fight Night' Before Brutal Beating, was first published on Flag And Cross.

Asking for a little old-fashioned respect can be the prelude to a beatdown in Mayor Bill de Blasio’s New York City.

The New York Post has released video of a Friday night incident in which a rabid mob of teenagers surrounded and then attacked an off-duty firefighter as he walked his dog near his home in the borough of Queens.

Republican mayoral candidate Curtis Sliwa, who founded the civic protection group the Guardian Angels in 1979, posted the video to Twitter.

Warning: The following video contains graphic images and language that some readers will find disturbing.

Last night in Middle Village a mob of kids attacked a man who asked them to stop blasting fireworks. #NYPD from the 104th precinct were there but did nothing. The community reached out to #NYC Mayoral candidate #CurtisSliwa & the #GuardianAngels to find these vicious teens pic.twitter.com/uVJkBUJ0L1

The 44-year-old victim, whose name was not released by the Post, said he is among those who have objected to the deterioration of his community,  and taken the dangerous stand of telling teenagers to behave as if rules really mattered.

“There were at least 100 kids … I was walking my dog. They just picked me out and approached me,” the firefighter told the Post in a Saturday interview.

“One kid took his shirt off and said, ‘it’s fight night!’ He said he was 19 and said, ‘I could fight you.’ Everyone took their cell phones out. There were cell phones everywhere,” the victim said.

“They all came at me…A kid came up behind me and hit me in the back of the head with a bottle and I let go of the dog,” he said.

With the dog barking in a fruitless effort to protect its owner, the firefighter was swarmed.

“Old guy with a dog got f*cked up,” one teen texted as the beating continued.

The victim said the youths were out of control.

“They didn’t care at all. The kids were going crazy. They were as high as a kite. I got hit, turned around, that’s when the kids started coming at me,” he said.

“Then I was on the floor, holding one kid and an ambulance pulled up. They were waiting by the park. If they weren’t there I would have been in much worse condition,” he said.

The man did not go to the hospital.

“I’m a little lumped up. What are you going to do? Thank God I’m still here. It could have been worse,” he told the Post.

The firefighter said  “there have been lots of incidents” recently in the park nearby, which has become a gathering place for rowdy teenagers.

“Kids are getting bikes stolen, an older man got beaten,” he said.

Amid complaints of fireworks and vandalism, the firefighter said the neighborhood is eroding.

“Maybe I’m old-school, but there’s no respect,” he said.

Continue reading: Off-Duty Firefighter Jumped by Mob Who Tell Him It's 'Fight Night' Before Brutal Beating ...