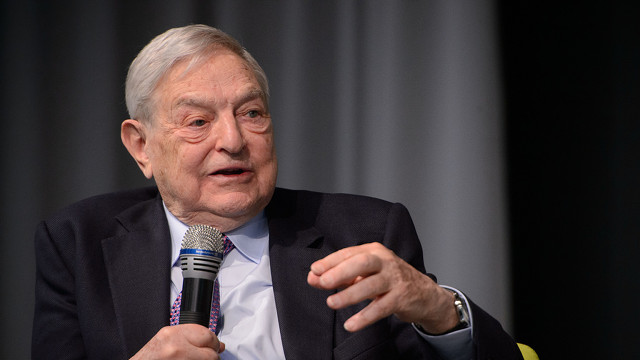 The following article, George Soros Drops $1M to Defund Police During Major Crimewave, was first published on Flag And Cross.

If you were to ask around in the farther-flung corners of the conservative internet, you’d not find much high praise for George Soros.

The liberal billionaire has been spending much of his time, (and wealth), bullying the sociopolitical system into leaning to the left, and he hasn’t been trying to hide it at all.  This has made him a bit of a boogeyman within conservative circles, and rightly so.

His latest bit of “philanthropy” appears to fall right in line with his previous maneuvers.

Liberal mega-donor George Soros has directed $1 million to an activist group attempting to defund the police as violent crime surges in major urban centers across the nation.

Soros sent the million dollars via his Color Of Change PAC on May 14, according to Federal Election Commission files obtained by the Washington Free Beacon.

The organization describes itself as “the nation’s largest online racial justice organization” and actively engages in efforts to defund police departments such as spreading an online petition calling for “divesting from and dismantling the systems that unjustly harm Black people.”

The group also backed a push by the Milwaukee City Council to defund the police.

And they aren’t mincing their words.

“Policing is a violent institution that must end,” the group’s president wrote in a statement supporting the move. “We imagine a country where there is enough money to educate our children, care for our sick and feed those who are financially unstable. Defunding the police allows for this vision.”

The move comes amid a massive crime spike in liberal cities such as Atlanta, Chicago, and New York.

I got all the protection,I and my family need,I have put blm,antifa,ms13 and all criminals on my shoot on sight
List…no quams at all . I’ll cull the herd any chance I get
Defund the police,police will protect their family’s and friends…the rest of you ,your on your own!

George Soros should have a Shoot on Site order issued for Him world wide!