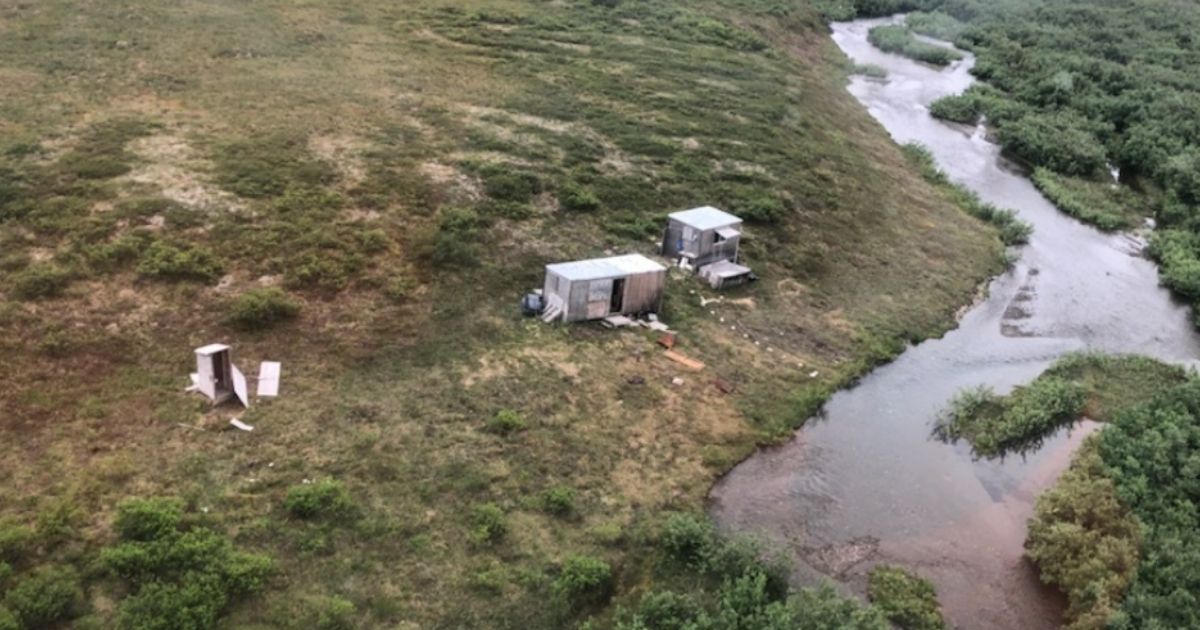 The following article, Horror in Alaska: Man Stalked and Savaged by Grizzly Was Down to His Last Two Rounds, Saved After Helicopter Detour, was first published on Flag And Cross.

A man in Alaska who had endured days of attacks from an adult grizzly bear was rescued by the U.S. Coast Guard after a helicopter that was away from its usual route spotted him in distress.

The saga reads as if it could have been the makings of a novel, or perhaps a script for a Hollywood film.

The New York Times reported that an unnamed man, who locals identified as being in his 50s or 60s, was at a shack recently near the remote town of Nome in western Alaska. Despite being what most people would consider alone in the woods, the man was not the only inhabitant of the region.

An adult grizzly bear targeted the man in a series of attacks that lasted for days.

In one attack, the man was dragged to a nearby river by the animal, but he somehow managed an escape.

The man sustained a serious leg injury, but that wasn’t the end of it. He found out that his home, the inside of a small shack, offered little sanctuary from the animal.

The grizzly bear came back, multiple times, and wreaked havoc on him and the dwelling. The Times reported that the bear actually ripped the door off of the dwelling.

The stalkings and attacks from the bear repeated throughout the course of a week, the man told the Times.

Like legendary 19th Century fur trapper and frontiersman Hugh Glass, the Alaskan man refused to give up upon facing one of nature’s most deadly creatures.

Sleep-deprived, injured and down to his last two pistol rounds, the week of terror only ended for the man through a happy coincidence, or if you’re a person of faith, deliverance through an act of divinity.

According to the report, a passing Coast Guard chopper had veered away from its usual course because of a cloud bank. What pilots saw upon leaving the beaten path was a man desperately in need of their help.

From the air, they saw the man on his knees waving a white flag. He’d also written an SOS message on the roof of his dwelling.

“While flying from Kotzebue to Nome, the aircrew observed an SOS sign on top of a shack and a male individual waving two hands in the air, which is considered an international distress signal,” U.S. Coast Guard 17th District Alaska said in a media release confirming the story.

The media release stated that the man requested medical care after the Coast Guard helicopter landed to assist him.

“The individual was assessed and appeared to have bruising on his torso and a leg injury,” Coast Guard said. “The man reported that the bear had returned to his camp and harassed him every night for a week straight.”

This story is a cautionary tale that one of nature’s most imposing animals is not to be tested. It’s also a testament to the resiliency of the human spirit, and the importance of never giving in, even when the odds seem stacked against you.

Continue reading: Horror in Alaska: Man Stalked and Savaged by Grizzly Was Down to His Last Two Rounds, Saved After Helicopter Detour ...