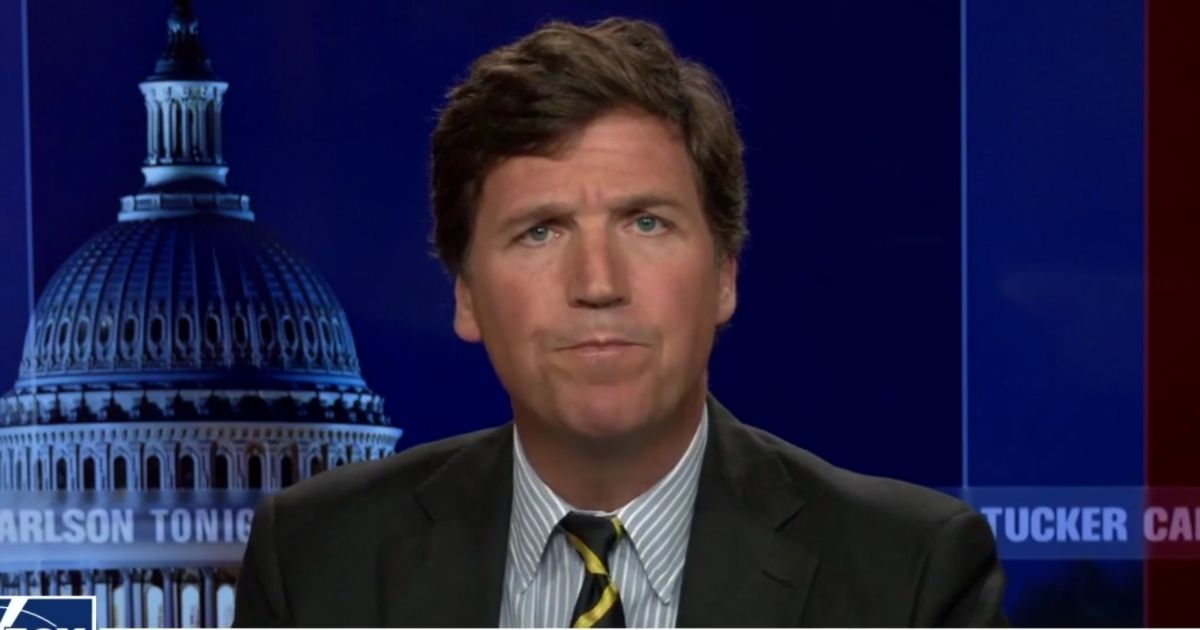 Tucker Carlson: A whistleblower inside the National Security Agency says the government has been surveilling me and my show.

Axios report: Actually, Carlson’s show was trying to arrange an interview with Russian President Vladimir Putin through a Kremlin intermediary, so this isn’t as outlandish as it sounds — but it’s still pretty outlandish.

Establishment media: See? The NSA had a reason to be surveilling him. Not that they actually were, mind you.

Government insiders: Actually, Tucker Carlson’s communications were collected by the NSA but his name was obscured because he was an American citizen. However, intelligence officials requested he be “unmasked” — meaning his name was revealed to them.

Yes, in a little under a month, what started as a widely derided bombshell allegation from Fox News host Tucker Carlson has, according to a Friday report from cybersecurity publication The Record, become an established fact: The NSA was monitoring Carlson’s communications and went as far as to unmask him.

Yet, look at The Record’s headline for the report: “NSA review finds that Tucker Carlson’s communications were not targeted.” The outlet makes it sound like Carlson was entirely wrong. In fact, it took writer Martin Matishak three paragraphs to get to a major journalistic scoop — something that, in any other publication, would be in the first paragraph.

“The NSA has found no evidence to support Tucker Carlson’s accusations that the agency had been spying on him in an effort to knock his show off the air, two people familiar with the matter told The Record,” Matishak began.

“An examination by the spy agency, prompted by congressional inquiries, found that the Fox News host’s communications were not targeted — as the NSA has previously stated publicly — nor intercepted through so-called ‘incidental collection,’ where the U.S. government sometimes obtains the emails or phone calls of Americans in contact with a foreign target under surveillance, according to these people, who spoke on the condition of anonymity,” Matishak continued. “Correspondence between intelligence agencies and oversight authorities are conducted through classified means.”

“Instead, the nation’s top electronic spy agency found that Carlson was mentioned in communications between third parties and his name was subsequently revealed through ‘unmasking,’ a process in which relevant government officials can request the identities of American citizens in intelligence reports to be divulged provided there is an official reason, such as helping them make sense of the intelligence documents they are reviewing.” [Emphasis mine.]

Keep in mind that unmasking American citizens, whose names are obscured for reasons of privacy, isn’t routine. In fact, intelligence unmasking of individuals in the orbit of former President Donald Trump during the last days of the Obama administration — in particular former national security adviser Michael Flynn — was treated as a scandal. Here, The Record treats it with a shrug.

Furthermore, while what constitutes “an effort to knock his show off the air” is a subjective matter, let’s look at “Tucker Carlson’s accusations that the agency had been spying on him.”

When Carlson first alleged his communications were being monitored on June 28, he said the whistleblower told them “that the NSA, the National Security Agency, is monitoring our electronic communications and is planning to leak them in an attempt to take this show off the air.”

“Now, that’s a shocking claim, and ordinarily we’d be skeptical of it,” Carlson continued. “The whistleblower, who is in a position to know, repeated back to us information about a story that we are working on that could have only come directly from my texts and emails. There’s no other possible source for that information, period.”

Carlson went on to say that “the NSA captured that information without our knowledge and did it for political reasons,” adding that “spying on opposition journalists is incompatible with democracy.”

It’s not merely Jesuitical to note it’s apparently not Carlson who claimed the NSA intercepted his communications “in an attempt to take this show off the air,” but the whistleblower. Everything else in the clip is either accurate or a matter of opinion. There’s no mention of targeting, either — merely that the NSA read the communications.

Thus, if the only thing the NSA’s review found is that there was “no evidence to support Tucker Carlson’s accusations that the agency had been spying on him in an effort to knock his show off the air,” as per The Record, what the outlet is really asserting is that the whistleblower was engaged in hyperbole regarding the NSA’s intentions. Oh, but the part about intercepting an American citizen’s communications? That part’s accurate.

Furthermore, while the NSA’s denial of Carlson’s accusations may also be technically true, it’s worth noting the agency didn’t really deny much.

“Tucker Carlson has never been an intelligence target of the Agency and the NSA has never had any plans to try to take his program off the air,” the NSA said in a tweeted statement on June 29. “NSA has a foreign intelligence mission. We target foreign powers to generate insights on foreign activities that could harm the United States.”

“With limited exceptions (e.g. an emergency), NSA may not target a US citizen without a court order that explicitly authorizes the targeting.”

A statement from NSA regarding recent allegations: pic.twitter.com/vduE6l6YWg

That’s a non-denial denial, however, since the NSA didn’t claim that Carlson’s communications weren’t intercepted or that his identity — or that of people on his staff — wasn’t unmasked.

According to The Hill, Carlson didn’t appear on air to address the report, although he tweeted a video of guest host Mark Steyn discussing it:

The NSA now admits that it “unmasked” Tucker’s identity after an intelligence intercept. Plus: the tyrants at Facebook confirm that they have been censoring this show. pic.twitter.com/AeYbQzNWLI

The network also issued a statement to The Record: “For the NSA to unmask Tucker Carlson or any journalist attempting to secure a newsworthy interview is entirely unacceptable and raises serious questions about their activities as well as their original denial, which was wildly misleading,” a Fox News spokesperson said.

What’s more troubling, however, is that there’s no alarm from the media despite the alarming nature of The Record’s report. Even The Record’s Martin Matishak was explaining away the explosive nature of what he was reporting before he got around to reporting it. For the media, almost anything can be explained away if it happens to Fox News and Tucker Carlson. Just watch the hue and cry if it ever happens to Jim Acosta, though.