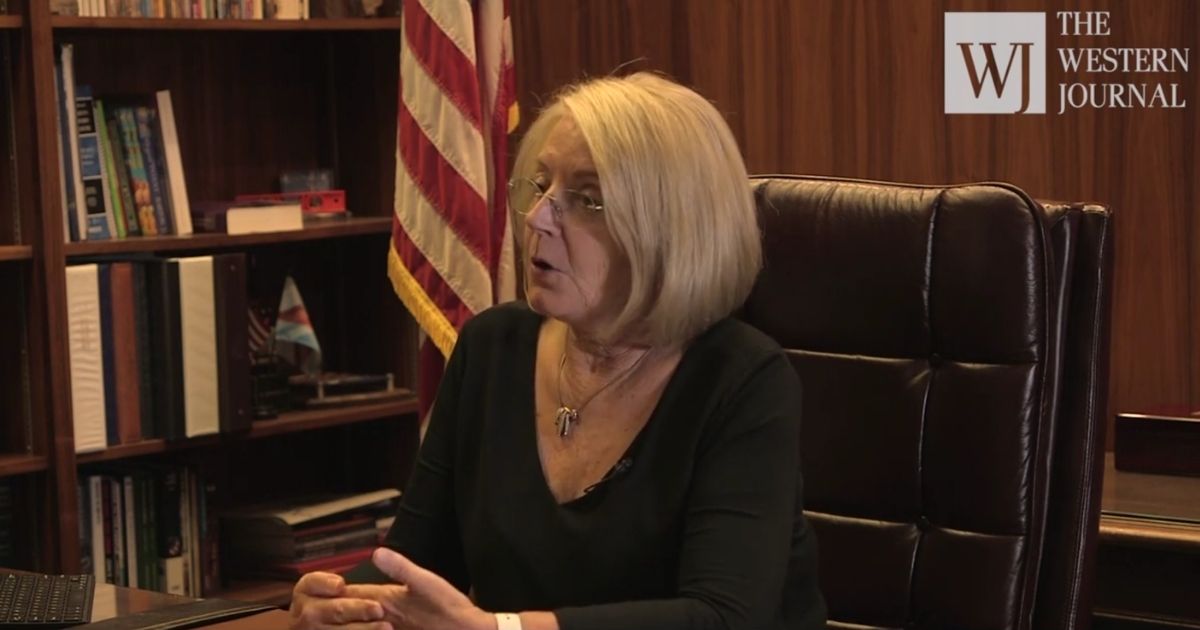 Speaking with The Western Journal on Thursday, Arizona State President Karen Fann confirmed that a number of ballots in the 2020 election were indeed printed on the wrong paper, allowing bleed-through which then invalidated those ballots.

During a broadcasted state Senate hearing held on July 15 regarding the Maricopa County presidential election audit, Arizona senators revealed as much.

However, Maricopa County officials then issued a statement from their official Twitter account that merely said “SharpieGate has been debunked already” without addressing the evidence provided at the hearing.

This accuracy is verified through logic and accuracy tests, hand counts performed by the political parties, and post-election audits performed by EAC certified voting testing laboratories. #SharpieGate has been debunked already.https://t.co/ltmk5lr4N2

However, it should be noted that Maricopa County officials would be found liable should any of the audit’s findings prove legitimate. Therefore, their arguments cannot necessarily be considered impartial or unbiased.

According to Fann, there are many “misstatements” being spread by those officials regarding whether or not the proper paper was used for ballots in the 2020 election.

“For example, we can go back to an actual public document that [Maricopa County officials] had on their website and they put out there and said, ‘We only use four types of paper for our ballots,’ and those ballots are — it’s a special kind of paper that has, I believe, it’s a titanium film on it, if you will, which actually prevent people from — from the ballots, from seeping through on the other side,” Fann told The Western Journal.

“Well, we know for a fact from the hearing last Thursday that there is a lot of ballots out there that they marked through, and images of them. So clearly, that was misinformation when they said we only use four types of paper.”

During the July 15 hearing, images were provided showing that some ballots did suffer bleed-through which, if the proper VoteSecure paper had been used, should have been impossible.

According to Fann, Senate Republicans have affidavits from poll workers confirming that some polls “were not using any special paper.”

“As a matter of fact, if they ran out of paper, somebody was sent down to the nearest office supply store to pick up more paper. So that in itself is, okay, obviously, that’s not secure paper. Obviously, you’re going to have bleed-throughs,” Fann told The Western Journal.

VoteSecure paper is particularly thick and has a special coating designed to prevent bleed-through.

Fann believes that this mishandling of ballot paper could be why “there were so many more adjudicated ballots this year than ever.”

“I don’t have the statistic in front of me and I cannot even remember when I [read] it, but I do remember back in April there was a statement that was made from Maricopa County that said there was over 11 percent adjudicated ballots [in 2020],” Fann told The Western Journal.

“I’m still trying to find that as my backup to do that, but clearly that is way more than they have ever, ever had. And so, that explains that. But why, so why aren’t they talking to us about it? Why aren’t they saying, ‘Yeah, we do believe there could be these problems here,’ but they’re not.”

“Instead, they’ve set up a Twitter account on social media, and working in concert with the liberal media, [they’re] trying to cover any mistakes that maybe they had made, or anything — I don’t understand why they want to fight this out or do this, trying to defend themselves on a Twitter site, rather than just sit down with us and say, ‘Let’s go through this and see if we can find some explanations for you.’”