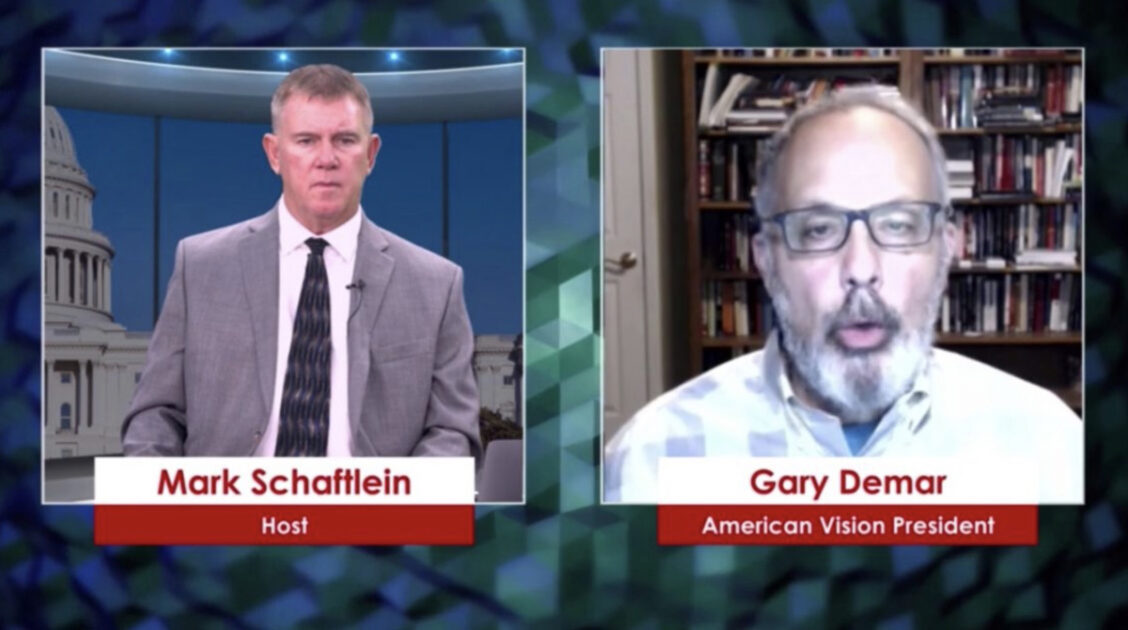 Guest: Gary Demar – American Vision President (AmericanVision.org)
Topics:
1) Republicans vow not to raise the debt limit of the US government to borrow while Democrats are spending at a staggering rate
2) Median Home prices are up 23% to a record $363K and sales of homes greater than $1.0M are up 146%
*There is only a 2.6 month of supply available and this supply is down 18% from a year ago
*Simple economics – lower supply, higher demand = higher prices
3) Weekly jobless claims rise 419K the four week average is 385K – Total Continuing claims are 3.2M while we have 9.0M job openings
*Federal judges in two states Indiana and Maryland ruled that the Federal unemployment benefit of $300 per week should continue through September when it expires – despite the Governors and Legislators deciding not to extend those benefits
4) President Biden announced that he op[poses ending the Filibuster. We Credit Mr. Biden for this stance – He was in the Senate for 41 years so he must appreciate the tradition
5) At the Border, DHS is now providing free housing and healthcare to deported migrants re-entering the U.S. by Pro immigration advocates in the Biden Administration
*We are importing poor people who are totally dependent on government – This is a disaster of a policy, but not unexpected
6) Biden administration is distancing itself from a Radical Group pushing CRT to “Disrupt Whiteness” who they previously supported
7) China rejects WHO terms for further study of Covid-19 origins – Hello Wuhan Lab leak theory
8) CRIME update – DC, SF, Chicago and St. Louis – All disasters
9) Former Detroit police Chief James Craig is running for Gov. of Michigan to replace Gretchen Whitmer
10) Larry Elder is back on the Recall Ballot in CA