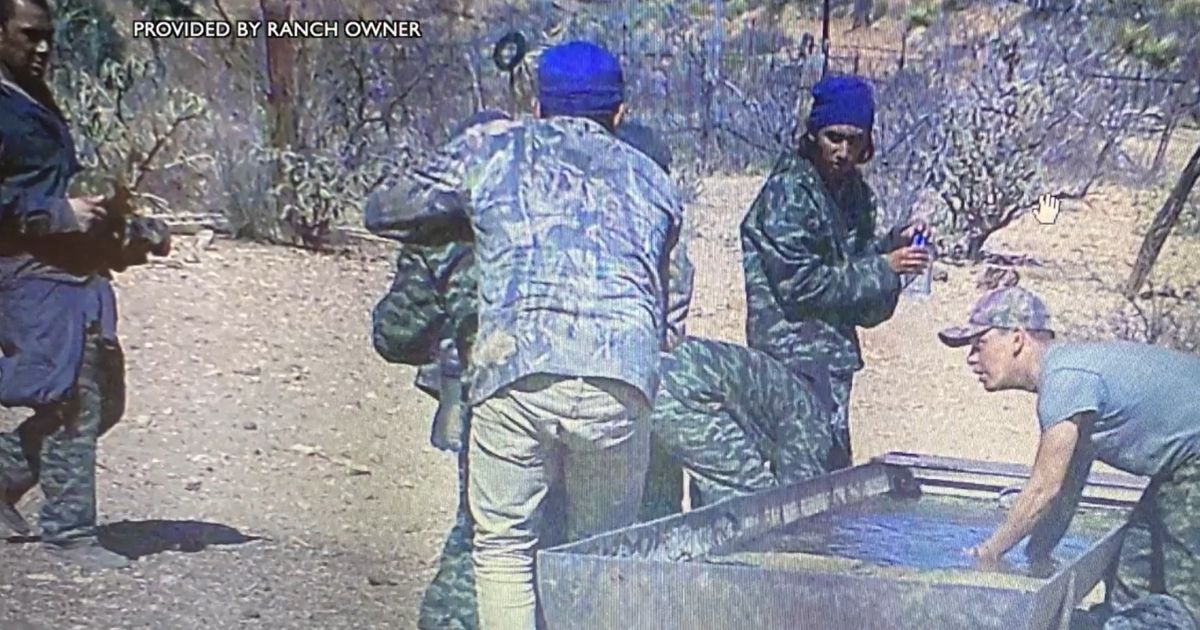 A small Texas border town is under daily siege by illegal aliens, who break into their homes to steal food, water, guns and other supplies.

Residents say President Joe Biden is to blame for this nightmare because his lax policies have transformed the U.S. border into a welcome mat for armies of unvetted migrants.

Sheriff Arvin West of Hudspeth County (population: 800) said residents are terrified because they’re sitting ducks for marauding bands of illegal aliens, who brazenly storm their houses and steal everything in sight.

“Typically they break in, they try to find food, water, things to continue on their journey,” West told Fox News on Thursday. “In some instances, they take things.”

“Here recently, we had a break-in where they broke into the house and stole a bunch of guns,” he said. “That’s a big concern.

“I’ve got probably 42 locked up in jail right now for burglary.”

Reminder: In the year preceding the election, then-candidate Biden frivolously urged illegal aliens to flood the border, suggesting he’d allow them to stay if elected.

“I think the biggest thing is the Biden administration,” West said. “I think prior to him even being elected, we started seeing this surge coming up.”

A rancher who spoke on condition of anonymity told Fox News he has seen more illegal border crossings in the past nine months than he did in the previous 20 years combined.

The rancher said he’s afraid to reveal his identity for fear of retribution from violent Mexican human-trafficking cartels, whose criminal enterprises have been booming since Biden was installed as president.

Another rancher who’s also scared to identify himself showed his ransacked property, which is regularly invaded by roving hordes of illegal aliens.

In one instance, the thieves plundered his kitchen, looking for food. Migrants also kicked down the door of his property and smashed windows.

Marty Bustamonte, the chief of staff at the Hudspeth County Sheriff’s Office, said the establishment media are partly responsible for the unprecedented border disaster.

He said they constantly air footage of migrants being welcomed by Border Patrol agents after they illegally enter the United States.

This gives the false impression that the journey is easy. In reality, numerous migrants die along the way because the trek is dangerous, long and exhausting.

“The media only shows you a certain perception of what’s really going on,” Bustamonte told Fox News. “They show, you know, groups of immigrants walking up to Border Patrol and surrendering, and just basically the story is over. But in reality, some people don’t make it.”

West, who has been sheriff since 2001, said he has seen a record number of migrant deaths this year amid the unparalleled border siege.

“In previous years, you know, we pick up three, four, five a year that had the misfortune of coming across the desert and not being able to make it,” he said. “Since January, this influx, it’s been crazy. … We’re up to 17, 18 dead ones this year.”

West slammed Democrats who demonize and want to defund immigration law enforcement agencies as “a bunch of idiots” who are responsible for the border apocalypse.

‘If this happens, the administration will either be pegged as maliciously leaving the border open or as the most incompetent administration ever.’ PPA’s Steven Kopitshttps://t.co/ms5LB0XujU

West said the only way to fix this crisis is to secure the border.

By now, it’s undeniable that the Biden border disaster is totally out of control. Something has to be done immediately because allowing daily border invasions is a national security and public health threat.

That’s staggering when you consider there are entire countries (e.g., Iceland, Malta, Estonia) with smaller populations than the number of migrants Biden has allowed into America in 2021.

That’s enough to change the country forever. But that’s precisely the goal of open-border advocates.