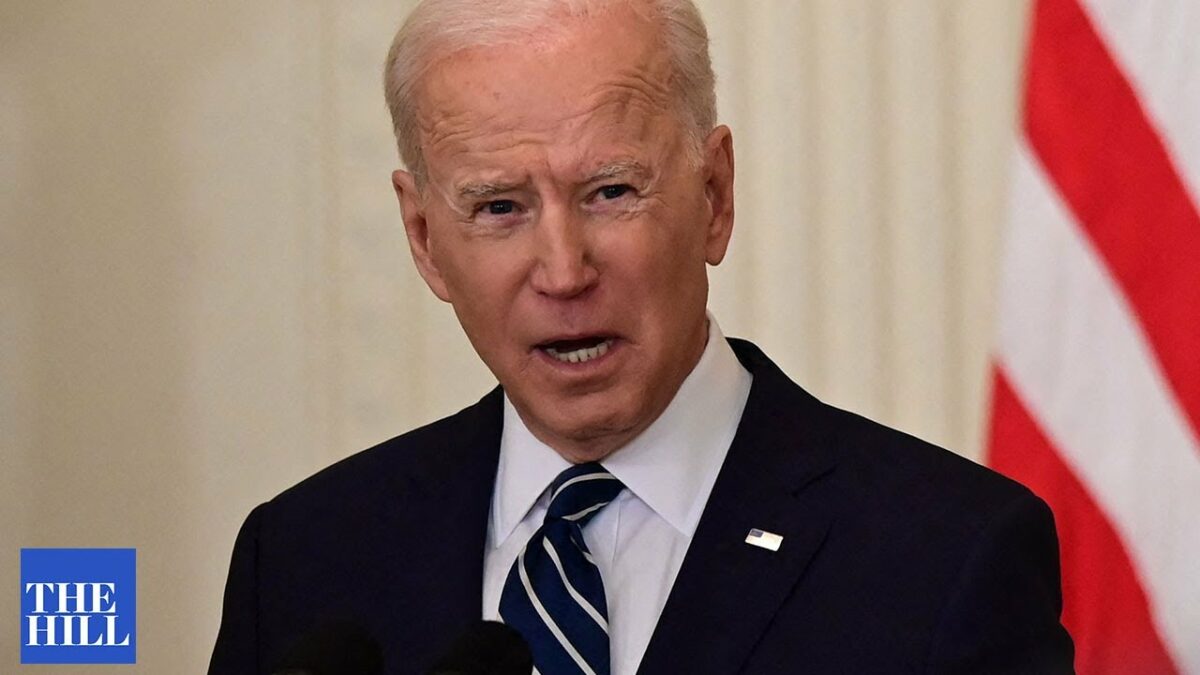 The following article, Biden's Bizarre Answer to Question: Are There People in GOP Who Think We're Sucking Blood Out of Kids?, was first published on Flag And Cross.

I know what you’re thinking: The headline is a joke, right?

After all, why would President Joe Biden respond to a question about defunding the police with a bizarre, completely unwarranted question about whether people in the GOP think the left is “sucking the blood out of kids”?

As much as we wish it were fake, unfortunately it’s not. But, we’re still expected to believe this is totally normal behavior from the leader of the free world.

“And are there people who — in the Democratic Party, who want to defund the police?” she asked.

“Are there people in the Republican Party who think we’re sucking the blood out of kids?” Biden replied.

“I — I’m not sure,” a (reasonably) very confused Talcott responded, unsure of how to handle the strange question.

Biden then walked away, leaving Talcott’s question entirely unanswered — and perhaps leaving her with more questions than she initially had.

Maybe this was the president’s attempt at sarcasm and he simply missed the mark — albeit by a mile.

Perhaps Biden was taking a jab at fringe QAnon followers who have made some speculations that make us scratch our heads.

Perhaps he thought Talcott’s question was ridiculous, so he opted to respond with his own, even more ridiculous question. We don’t know.

But, considering his track record, we can assume this was just another episode from the gaffe machine.

“Joe Biden was given the chance to condemn the Democrat-run cities defunding the police around the country, but he refused. Instead, he bizarrely responds: ‘Are there people…who think we’re sucking the blood out of kids?'” RNC Research wrote on Twitter.

Joe Biden was given the chance to condemn the Democrat-run cities defunding the police around the country, but he refused.

Instead, he bizarrely responds: “Are there people…who think we’re sucking the blood out of kids?” pic.twitter.com/LpOaQSTGed

Benny Johnson, Turning Point USA chief creative officer and Host of Newsmax’s “The Benny Report,” shared a clip of the incident on Twitter and sarcastically captioned it, “Totally normal…”

And, yet again, we’ve “circled back” to the issue of whether Biden is mentally sound.

After his disastrous appearance on Wednesday night’s CNN town hall in which he babbled on about “aliens” and “a man on the moon” when pressed about vaccine hesitancy among the black community, his recent slip-up which left him unable to remember his own Health and Human Services secretary’s name and his odd decision to bow before an aide after discovering she had given birth to 12 children (just to name a few), it’s safe to say something’s amiss.

But, you can come to your own conclusions about Biden’s presidential suitability — I’m sure you already have.

Still, how can we — or, better yet, any world adversaries — take this man seriously?

We’re up against the likes of Russian President Vladimir Putin in what is presumably the onset of a second Cold War — and Biden simply handed him the reins at the G-7 summit.

(Plus, don’t forget that the Nord Stream 2 pipeline deal he recently struck with Germany makes things much easier for the Russians).

Why is our leader favoring foreign interests over domestic ones?

Better yet, how can anyone make the case Biden is qualified for our nation’s top office.

His outré displays keep coming — and this incident is only the most recent example.

We knew these four years would be a bumpy ride, but perhaps we underestimated just how bumpy they would be.

Continue reading: Biden's Bizarre Answer to Question: Are There People in GOP Who Think We're Sucking Blood Out of Kids? ...