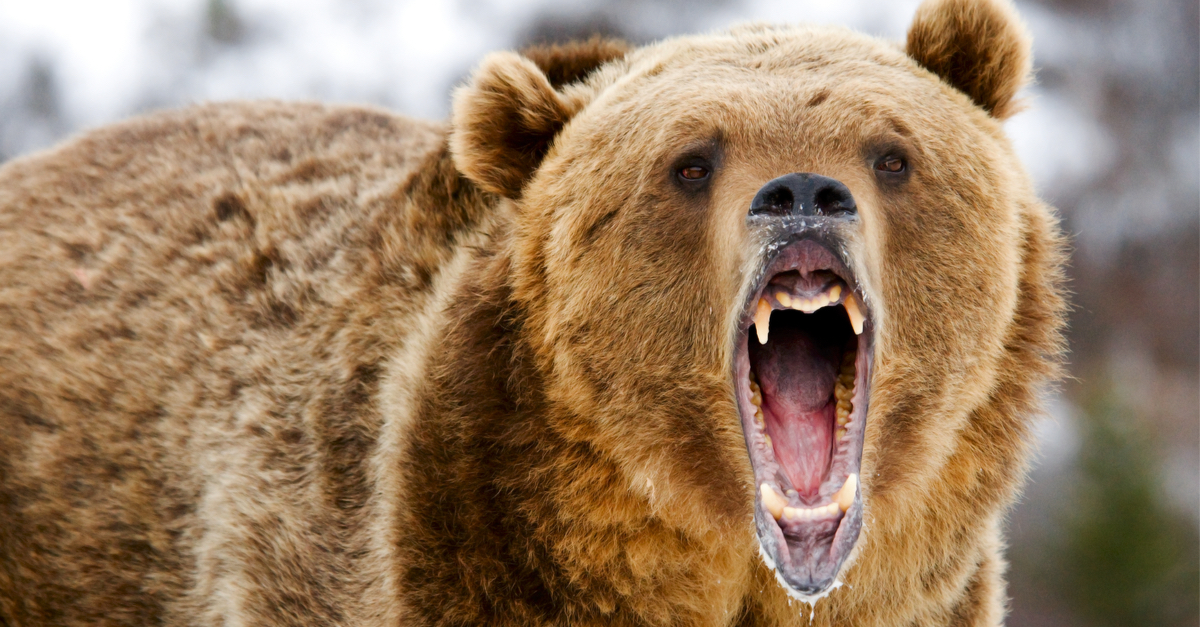 The following article, After Week-Long Battle with Grizzly Bear, Man Rescued From Alaskan Bush, was first published on Flag And Cross.

Those who spend time way out in the wild of Alaska, America’s las frontier, understand that they are taking risks in doing so.  This is still a very natural place, where man treads lightly and infrequently enough that the denizens of the deep woods fear him not.

Alaskans are usually prepared for this.  They know the signs of being in the wrong place at the wrong time, and just how to deal with most of the aggressive wildlife out there in the bush.

But, every now and then, a situation comes about that defies all of the norms, and those involved need to muster some ingenuity to get back home alive.

A man in Alaska was rescued after enduring a nightmarish week-long battle with a grizzly bear that had attacked him multiple times. The harrowing tale, which has drawn comparisons to the hit film The Revenant reportedly unfolded earlier this month when the unnamed individual arrived at a remote camp approximately 40 miles from the city of Nome. Staying there by himself with no means of communicating with the outside world, the man soon experienced most camper’s worst-case scenario as he was attacked by a grizzly bear. Although he initially managed to fend off the beast, the terrifying predicament had only just begun.

The story just gets crazier from there.

Over the course of the next week, the grizzly bear returned to the unfortunate man’s camp every night seemingly in an attempt to finish what it had started. Somehow the camper was able to survive the repeated attacks, but the ongoing ordeal left him with an injured leg and the inability to get any sleep as he was forced to continually fight off the aggressive animal. Fortunately, just as the situation had gotten to be quite dire as he was down to only two remaining rounds of ammunition for his gun, a Coast Guard helicopter passed over his camp. The crew aboard the chopper were stunned to see ‘SOS’ and the words ‘Help Me’ written on the roof of the small shack where the man had been staying.

Upon landing, the attacked man crawled forth from the shack on his hands and knees, waving a white flag, thrilled to have been rescued from his nightmarish situation.