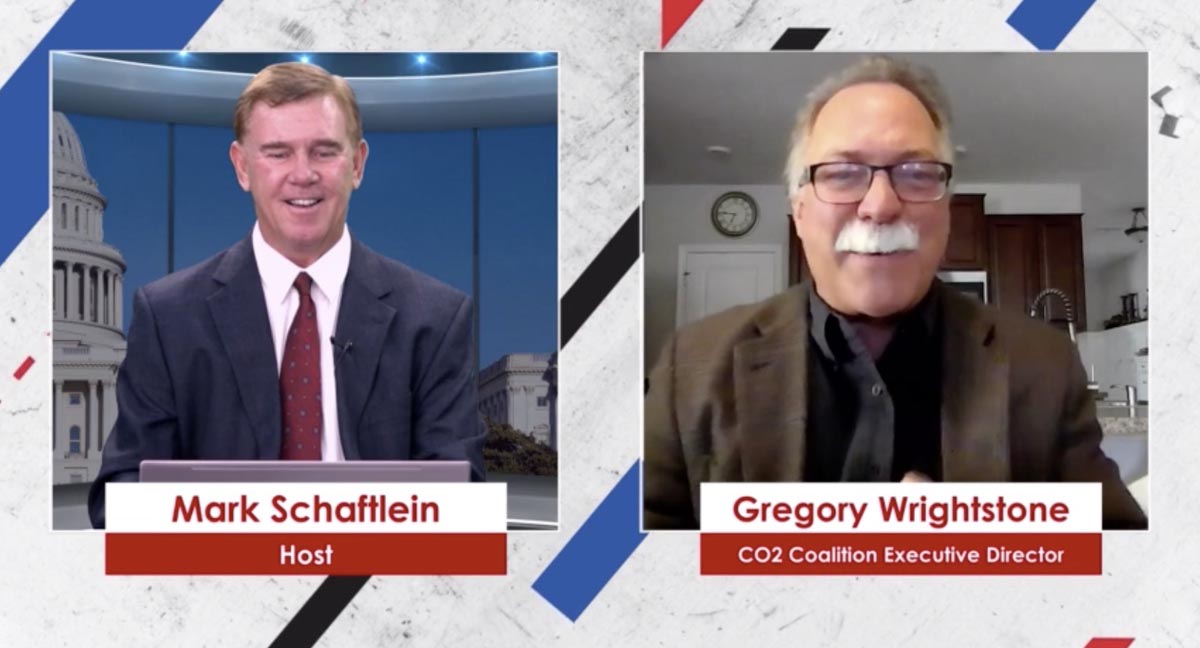 The following article, Schaftlein Report: Science based Facts about the Planet and CO2 Emissions, was first published on Flag And Cross.

Guest: Gregory Wrightstone – Executive Director of the CO2 Coalition ( CO2Coalition.org ), Noted Geologist, and Bestselling author of ‘Inconvenient Facts: The Science that Al Gore doesn’t want you to know’
Topics:
1) An overview of the debate on Climate Change
2) The Benefits of Rising Temperatures and Carbon Dioxide
3) Policy decisions based on science, not politics
4) Media and left wing politicians Apocalyptic predictions and the degree they were wrong
5) China’s economy is forecast to grow 4-5% over the next few years – This means a significant increase in power consumption and more emissions
*Peak emissions in 2030? More Coal Fired power plants
*China produces 27% pf global Carbon emissions – This is about 10B tonnes of carbon dioxide per year
6) Infrastructure Bill is on hold pending having a full bill to read
7) Border Crisis continues unabated as 188K tried crossing in June – Fentanyl, death and illegal Juveniles are pouring into the USA
*Biden Administration has no plan to resolve
8) Crime in Washington DC, Baltimore and Chicago escalates as shootings hit records and less police are there to enforce the law

Continue reading: Schaftlein Report: Science based Facts about the Planet and CO2 Emissions ...