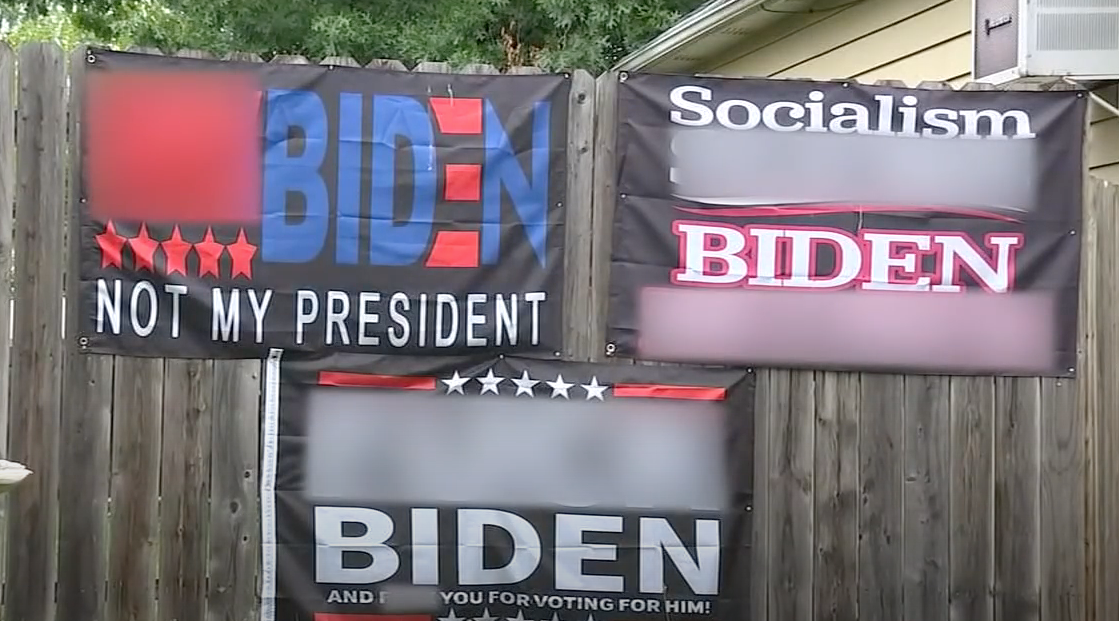 A constitutional clash is brewing in The Garden State this week, as one of Donald Trump’s most ardent supporters has found herself the subject of a local judge’s ire.

The issue at stake is the First Amendment, and how it can be used to criticize those that we’ve elected to public office.  (Which, by the way, was the original intent of the inalienable right in the first place).  The issue in New Jersey this week is that some of the things that are being said against one particular elected official aren’t written with the sort of language that you’d use at a dinner party with your spouse’s parents, and that has some neighbors a little perturbed.

A supporter of former President Donald Trump is refusing to take down signs at her mother’s home critical of President Biden, despite a judge’s order to do so.

“It’s my First Amendment right, and I’m going to stick with that,” Andrea Dick, a New Jersey Trump supporter, told the New York Times on Tuesday.

Dick, 54, was immediately criticized by some of her neighbors when she put up the signs earlier this year and was ultimately cited and fined by local officials, who said the signs were violating an anti-obscenity ordinance. Last week, Roselle Park Municipal Court Judge Gary A. Bundy ordered Dick’s mother to remove three of the 10 banners or be fined $250 daily.

“I’m not backing down,” Dick said, adding that she is currently seeking a new attorney to represent her.

Of course, these fines are going to add up quickly, and Dick is now being supported in her First Amendment fight through crowdsourcing website GoFundMe.