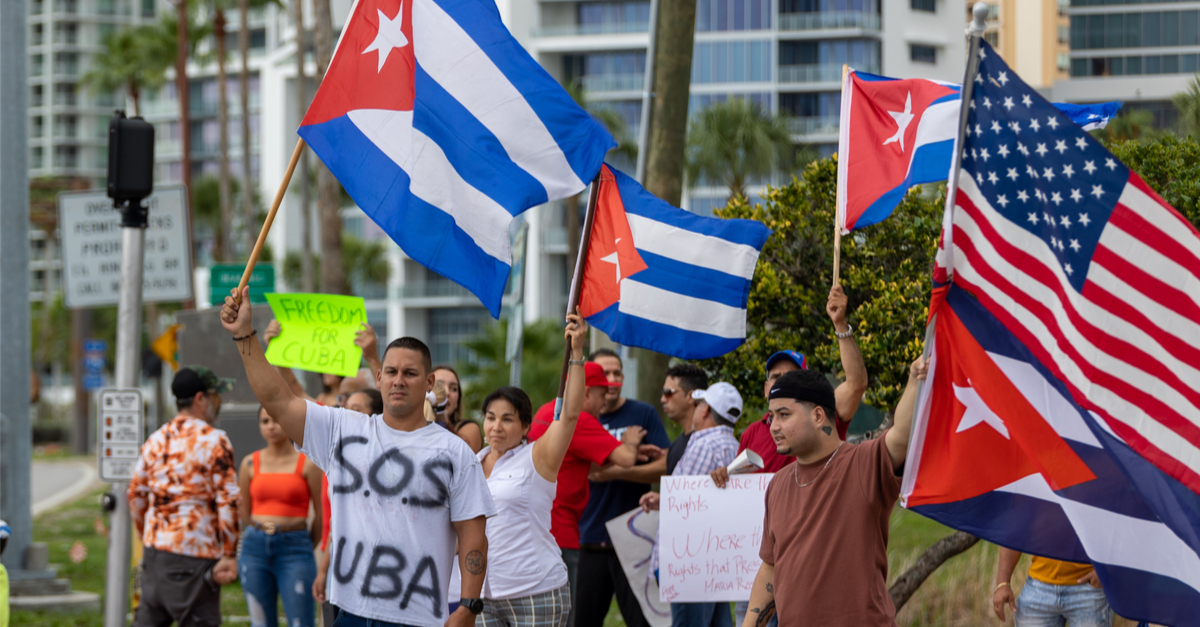 For weeks now, the people of Cuba have been begging for help.

The communist regime that has long held power in the small island nation is no longer able to provide for its people, it seems.  There are shortages of crucial medicines, including COVID-19 vaccines, and food shortages have begun.

And, to add insult to injury, the government has led a brutal crackdown on protests among the people, who want nothing more than to speak out against their tyrannical overlords.

Now, weeks after the mess began, the White House is taking action.

President Joe Biden on Thursday plans to slap targeted individual sanctions on Cuba regime officials, bucking the progressive voices in his own party who called for an end to the embargo.

Biden will also work to prevent the Cuban government from censoring their citizens online.

Biden’s response to Cuba — which also includes measures to bring increased internet access to the island and calls for more international pressure on the totalitarian government — was outlined Wednesday night in a call with Democratic Cuban-American activists in Miami who had been calling for more action ever since the July 11 uprisings on the island.

The actions will be unprecedented in Cuban-American relations:

But it’s the proposal to extend the targeted sanctions of the Magnitsky Act, originally passed in response to Russian government oppression and then extended to governments such as Venezuela, that has most encouraged activists who want more pressure on Cuba.

“This is huge,” said Sasha Tirador, a top Miami political operative who was briefed on the plans Wednesday night.

“No administration has ever announced that they will hold each individual who violates human rights on the island of Cuba accountable,” she said.

The Biden administration had been criticized for weeks over their inaction on behalf of the Cuban people, particularly as protests began to spring up in South Florida days ago.