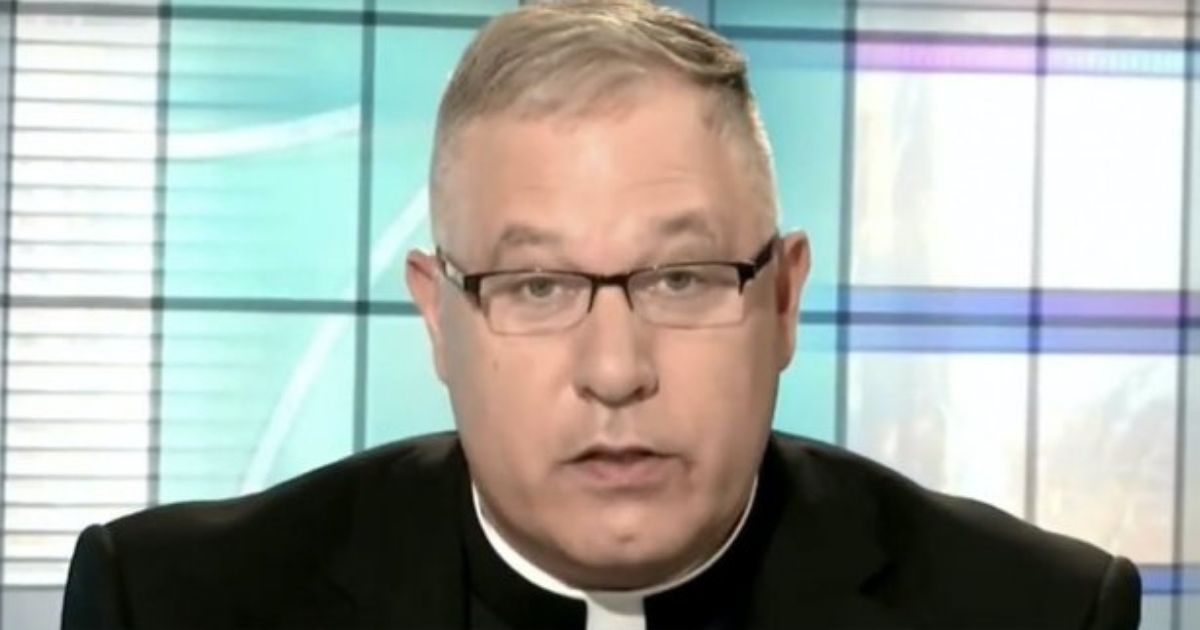 The following article, Top US Catholic Official Resigns After Reports He Attended Gay Bars and Used Gay Dating App, was first published on Flag And Cross.

A senior Catholic cleric in the United States resigned Tuesday after an investigative report made bombshell sexual allegations against the religious leader.

Jeffrey Burrill had served as the U.S. Conference of Catholic Bishops’ general secretary until The Pillar, a Catholic news outlet, shared what it described as “evidence of a pattern of sexual misconduct on Burrill’s part” with the USCCB. He also was a priest of the Diocese of La Crosse, Wisconsin.

By using “commercially available records of app signal data” from Grindr — a location-based social network “for gay, bi, trans, and queer people,” according to its website — The Pillar said it learned Burrill “visited gay bars and private residences … in numerous cities from 2018 to 2020, even while traveling on assignment for the U.S. bishops’ conference.”

Burrill’s phone “emitted [Grindr] app data signals” both at his USCCB office and his USCCB-owned living quarters, according to the report.

BREAKING: Burrill’s resignation comes after an analysis of app data signals correlated to his mobile device shows he visited gay bars and private residences while using a location-based hookup app in numerous cities from 2018 to 2020. https://t.co/sN6f2oWjM1

The data gathered also suggested that Burrill might have been involved himself in “serial and illicit sexual activity,” The Pillar said, adding that on the day the scandal involving then-Cardinal Theodore McCarrick came to light in 2018, “the mobile device correlated to Burrill emitted hookup app signals at the USCCB staff residence, and from a street in a residential Washington neighborhood. He traveled to Las Vegas shortly thereafter.”

A few days later, the device registered with Grindr “emitted signals from Entourage, which bills itself as Las Vegas’ ‘gay bathhouse,'” The Pillar reported.

Excellent reporting, guys…keep up the good work. It’s not news that anyone relishes or wants to hear, but this stuff has to be brought into the light before healing can begin.

McCarrick was an influential clergyman in the United States who was stripped of his role in the Catholic Church by Pope Francis in 2019 after an investigation by the Vatican revealed that he was committing sexual abuse even against minors.

The scandal first received public attention on June 20, 2018, after the New York Archdiocese deemed “credible and substantiated” an accusation that McCarrick had sexually assaulted a minor.

The USCCB addressed the Burrill report in a Tuesday news release.

Burrill resigned “in order to avoid becoming a distraction to the operations and ongoing work of the Conference,” the USCCB said.

According to a copy of a memo to U.S. bishops from the USCCB president, Archbishop José H. Gomez of Los Angeles, obtained by National Catholic Reporter correspondent Christopher White, “What was shared with us did not include allegations of misconduct with minors.”

#BREAKING: Per memo from @ArchbishopGomez, Msgr. Jeffrey Burrill has resigned as General Secretary of the @USCCB. pic.twitter.com/Ci6bCrjA0P

A body of bishops elected Burrill to his role as general secretary in 2020.

“The Conference takes all allegations of misconduct seriously and will pursue all appropriate steps to address them,” the USCCB said in the news release.

Really Monsignor Burrill? you didn’t want to distract? How about you got busted by not only breaking your vows but by breaking many of faithful Catholics hearts by not only your actions but those of too many priests out there.