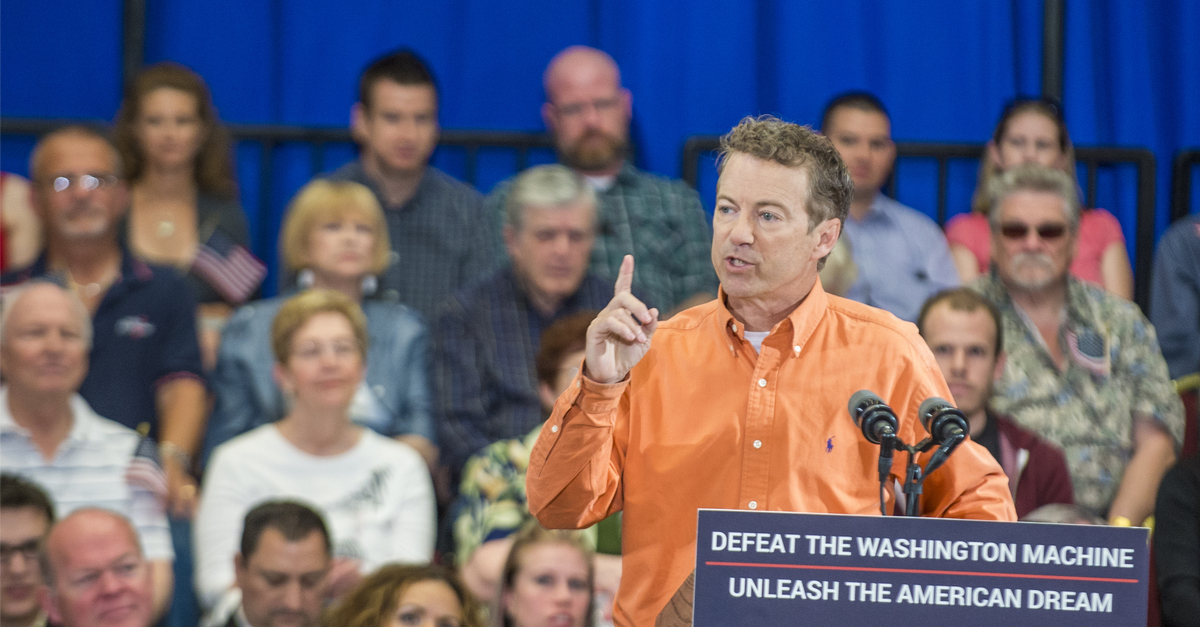 The following article, Dr. Fauci Threatened with ‘Criminal Referral’ by Rand Paul, was first published on Flag And Cross.

This week, we witnessed an ugly scene in the halls of Congress, as one of the nation’s top epidemiologists got into a near-shouting match with Kentucky Senator Rand Paul.

The two were in a heated debate over the origins of the COVID-19 pandemic and what role the Wuhan Institute of Virology may have played in that story.  More specifically, Sen. Paul seemed to think that Dr. Fauci had perjured himself on the subject at some point, which led to Fauci proclaiming that Paul “doesn’t know what [he’s] talking about”.

Then, on Tuesday night, Paul let Sean Hannity’s Fox News audience in on a little secret.

“You kicked off your questioning of Dr. Fauci, emphasizing federal law makes lying to Congress a felony punishable by up to five years in prison,” Hannity said. “Is it your belief based on the evidence, Senator, that he lied before Congress and broke the law?”

“Yes, and I will be sending a letter to the Department of Justice asking for a criminal referral because he has lied to Congress,” Paul replied. “We have scientists that were lined up by the dozens to say that the research he was funding was gain-of-function. He’s doing this because he has a self-interest to cover his tracks and to cover his connection to Wuhan lab. Now, does he deserve all the blame? No, there’s still some conjecture as to whether or not it came from the lab. But he’s lying about whether or not he funded gain-of-function research, and yes, he should be punished.”

Dr. Fauci has become a favorite target of Rand Paul over the course of several weeks, and this was merely the latest fiery exchange that the two have engaged in during the course of the pandemic.