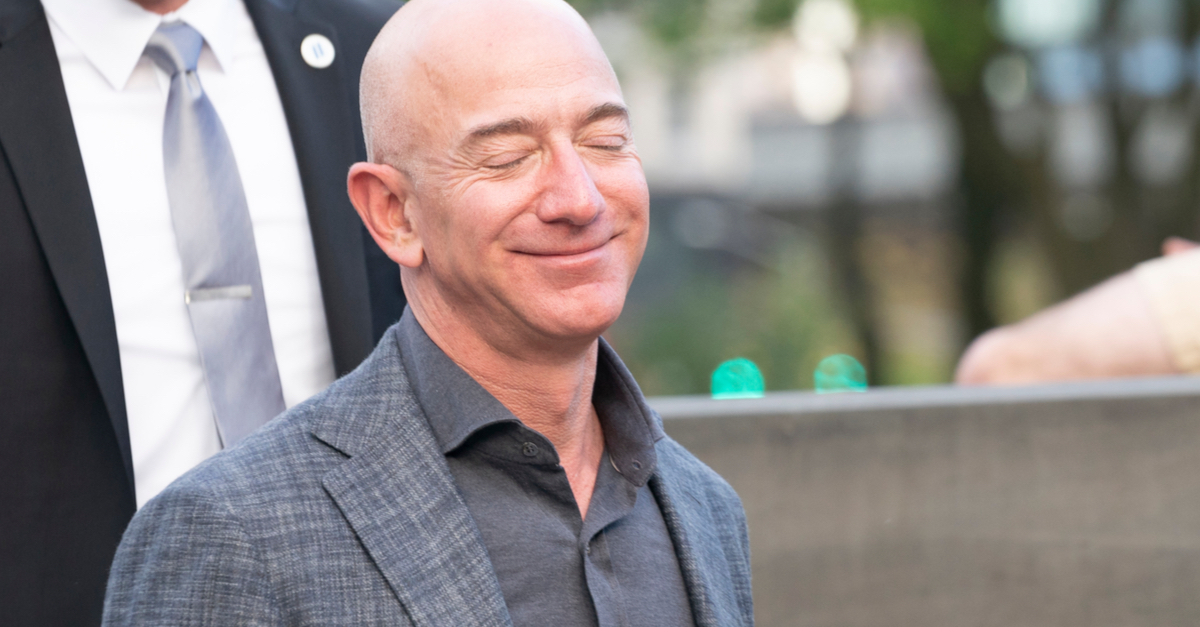 The following article, Bezos Blasts Off, But Gets Lambasted Over Post-Flight Comments, was first published on Flag And Cross.

We are truly living in a unique time in human history, in which the wealthiest among us now have the means to outdo ever our most complex and niche government institutions.

And while this may be good for the ingenuity of the American spirit, it is rubbing a great many of us the wrong way – particularly as some of the richest people in the world continue to emit tone deaf remarks that not only offend the common man, but aggrandize themselves in the process.

After his quick trip to space on Tuesday, Jeff Bezos had some people to thank. “I want to thank every Amazon employee, and every Amazon customer because you guys paid for all this,” the world’s richest man said at a news conference, per CBS News. That comment probably didn’t land as the 57-year-old billionaire Amazon and Blue Origin founder, who says he sells $1 billion in Amazon stock each year to fund his rocket company, hoped it might. “Yes, Amazon workers did pay for this—with lower wages, union busting, a frenzied and inhumane workplace, and delivery drivers not having health insurance during a pandemic,” tweeted Rep. Alexandria Ocasio-Cortez, per the Hill. “And Amazon customers are paying for it with Amazon abusing their market power to hurt small business.” She wasn’t the only one to allude to allegations of poor working conditions at Amazon.

“If Jeff Bezos really wants to thank Amazon workers, he should listen to their demands for safer working conditions, a voice in the workplace, and good, family sustaining middle class jobs—rather than perpetuating a highly exploitative business model of high pace of work, high rates of injury, high rates of turnover and low pay,” Randy Korgan, Teamsters’ national director for Amazon, told CBS.

Twitter users were similarly incensed, with many making comparisons between the phallic shape of the rockets that blasted Bezos to the heavens and the demeanor of the ultra-wealthy retail magnate.

Continue reading: Bezos Blasts Off, But Gets Lambasted Over Post-Flight Comments ...