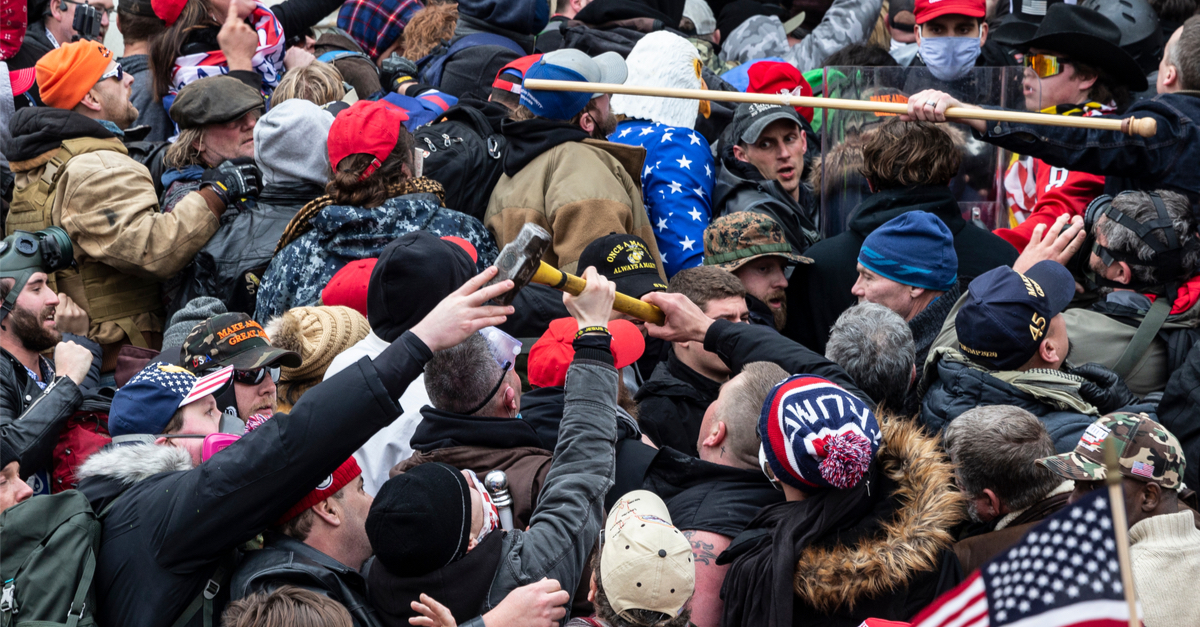 The following article, Armed DEA Agent Who Participated in Jan. 6th Insurrection is Arrested, was first published on Flag And Cross.

As the FBI continues to investigate the events of January 6th, there will be plenty of previously-held narratives washed away by their work.  There are still a great many nooks and crannies to scour, and each day seems to shed a new light on the situation.

This week, for instance, brought us the revelation that an armed DEA agent was one of the riotous participants in the mob – a bit of news that seems to refute the popular talking point among extremists that no one involved with the insurrection was armed.

The agent, Mark Sami Ibrahim, allegedly flashed his badge and a DEA-issued handgun during the riot while posing for photos with those items. Photos of him doing so are included in a court filing.

Authorities said he entered the restricted area around the Capitol and also climbed on the Peace Memorial at the foot of Capitol Hill.

And he participated “in a WhatsApp group chat with at least five other law enforcement officers” during the invasion of the Capitol grounds, the court filing said.

Ibrahim was already on his way out of the DEA when the insurrection occurred.

He had given notice of his planned resignation several weeks before the invasion of the Capitol by a horde of Trump backers, according to the court filing.

“He was not on duty for the DEA and had no role as a law enforcement officer on the Capitol grounds,” that filing said. That document also said that Ibrahim was on personal leave from the DEA when he traveled to Washington, D.C.

A friend of Ibrahim’s told FBI agents that he went to the protest “to promote himself,” while considering launching a podcast and cigar brand, the filing said.

The FBI has made over 450 arrests in the case so far, with several hundred more rioters yet to be identified and detained.