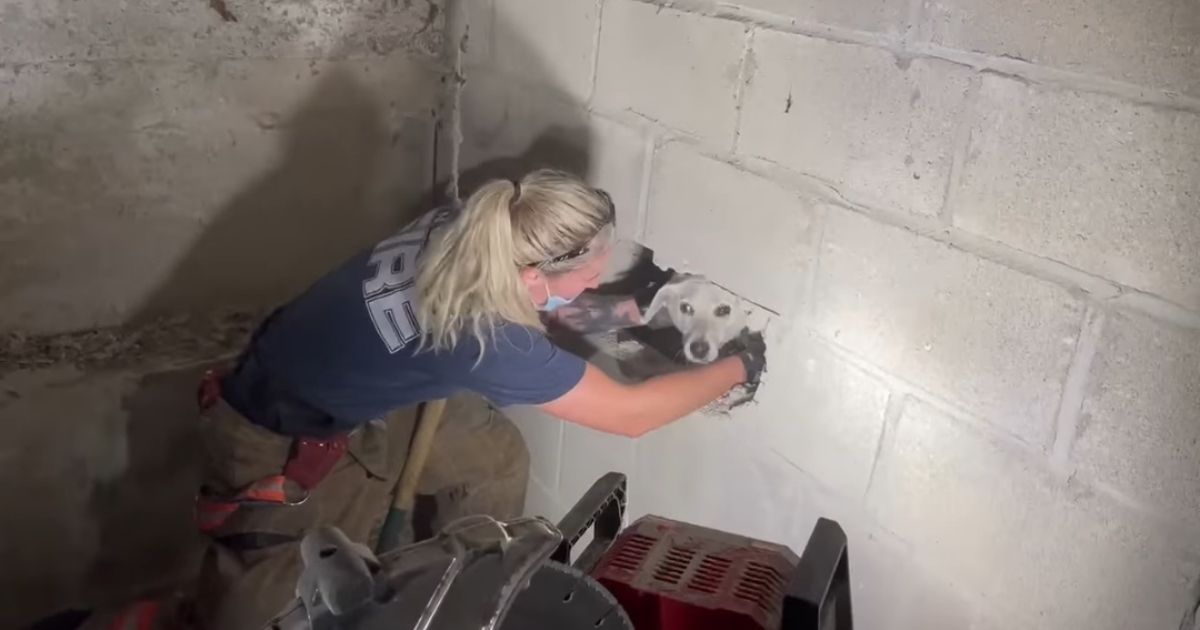 Gertie is a white terrier mix from Cincinnati, Ohio, who has a nose for adventure. Like many of the terrier type, she’s an “earth” dog, living up to the stereotype of seeking adventure and searching out prey in the wide world.

That might explain why she found herself in a rather unusual burrow that could have been her last if it hadn’t been for the vigilance of her owners and the awareness of a neighbor.

When owners Connie Frick and Lynn Herman realized Gertie was gone, it wasn’t a terrible surprise to them. Gertie was known to be a traveler, and as they told Inside Edition, the tough little pup can hold her own against nature.

“We fully expected her to come back because she has run away so many times,” they said.

But days passed, and the terrier hadn’t returned home. Her owners posted flyers around the neighborhood and plastered local lost and found groups on Facebook with her information.

And she had, indeed, found an open garage — of a sort. On July 18, a neighbor heard whimpering from behind the garage’s cinderblock wall and soon realized a dog was trapped behind it.

Apparently, the original garage wall had been built into the hillside that partially collapsed. The owners then built another wall of cinderblock, creating a small space between the old and new wall that Gertie seems to have accessed from a hole in the roof.

Whether on pure whim or seeking some small critter, Gertie found herself in a situation she could not get herself out of.

The homeowners couldn’t get her out, either, as the crevice was too deep to allow access to the dog from above. Finding the rescue impossible, they called in the Cincinnati Fire Department to free the poor pup.

“There have been missing posters up in Northside for five days in hopes of someone finding Gertie,” the fire department shared in a Facebook post. “Today a homeowner heard a dog crying behind the garage wall and called us to check it out.

“This run ended in a happy reunion and a job well done by Truck 20!”

According to WLWT-TV, it was firefighter Jenny Adkins who used a sledgehammer to chip away at the cinderblock to create a hole big enough for the pudgy dog to fit through. Gertie was out and back in her relieved owners’ arms in under 10 minutes.

The spirited dog appeared to be no worse for wear, other than having possibly “lost a pound or two” and being “terribly stinky,” according to her owners.

Only time will tell if the ordeal gives Gertie pause when considering future escapades — but given her terrier blood, it has probably only whetted her appetite for more adventure.