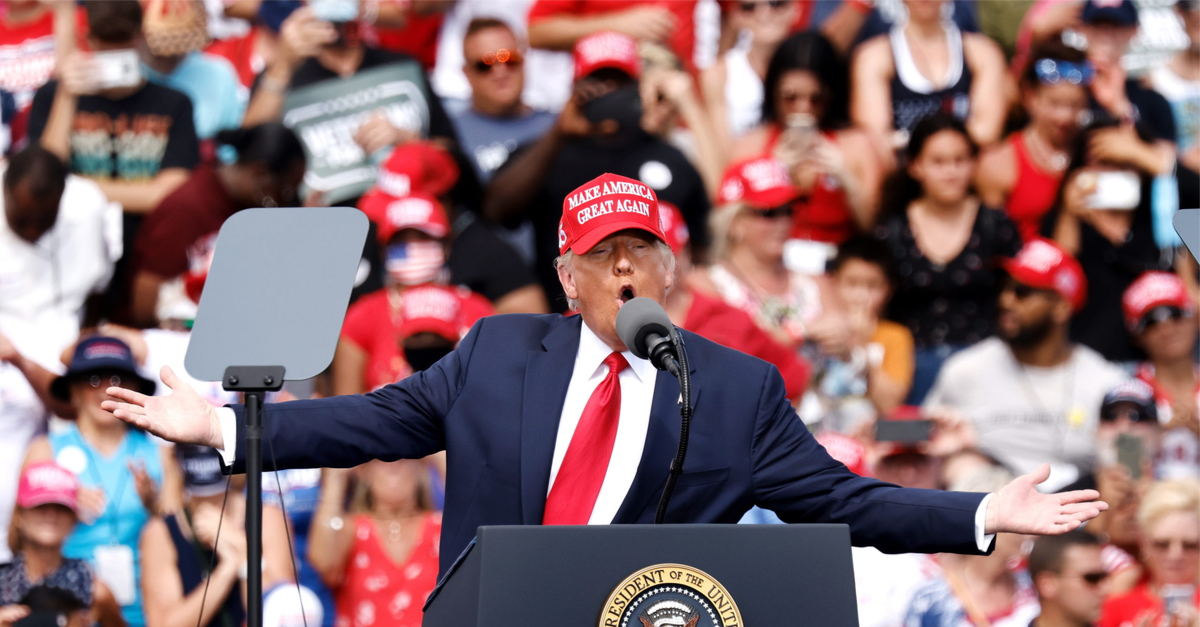 The following article, Report Says Trump is Telling Dinner Guests About His 2024 Plans, was first published on Flag And Cross.

There is but one political question that remains on the minds of all Americans today:  Will Donald Trump run for the White House again in 2024?

From the moment that The Don left office, there has been speculation about just if or how he would remain in the political arena.  Some speculated that the banished Twitter aficionado would start his own social media platform, which did come to fruition in some form with Gettr.com.

Others wondered if the former New York City business mogul would leverage his name to a news network of his own.

And others, smartly, suggested that Trump was just waiting for the right moment to freeze the GOP in its tracks.

According to those who’ve shared a meal with the former Commander in Chief, the time for the latter possibility is nigh.

Trump has told at least three people he’s dined with in recent months that he plans to run in 2024, a former senior official at the Republican National Committee tells Rolling Stone. “I have three friends who’ve had dinner with him in the last couple of months. All three reported that his current plans are to run for president in 2024,” the former R.N.C. official says. “Now, whether he does or not is a different issue. We’ve still got three years to go. But he’s telling people that.”

The witnesses were certain of what they heard.

The ex-R.N.C. official says the first two dinners took place in late spring. But the third dinner happened in the last two weeks, the official said. The first two dinner companions came away from their conversations convinced Trump was serious and he’s running, the official adds. The third said he left the dinner “not 100% sure Trump wants to run but he likes being in the conversation, he wants to freeze the field, and he wants his name out there,” according to the ex-R.N.C. official.

This could be a windfall for liberal news network CNN, whose ratings have plummeted in the months since Trump left office.