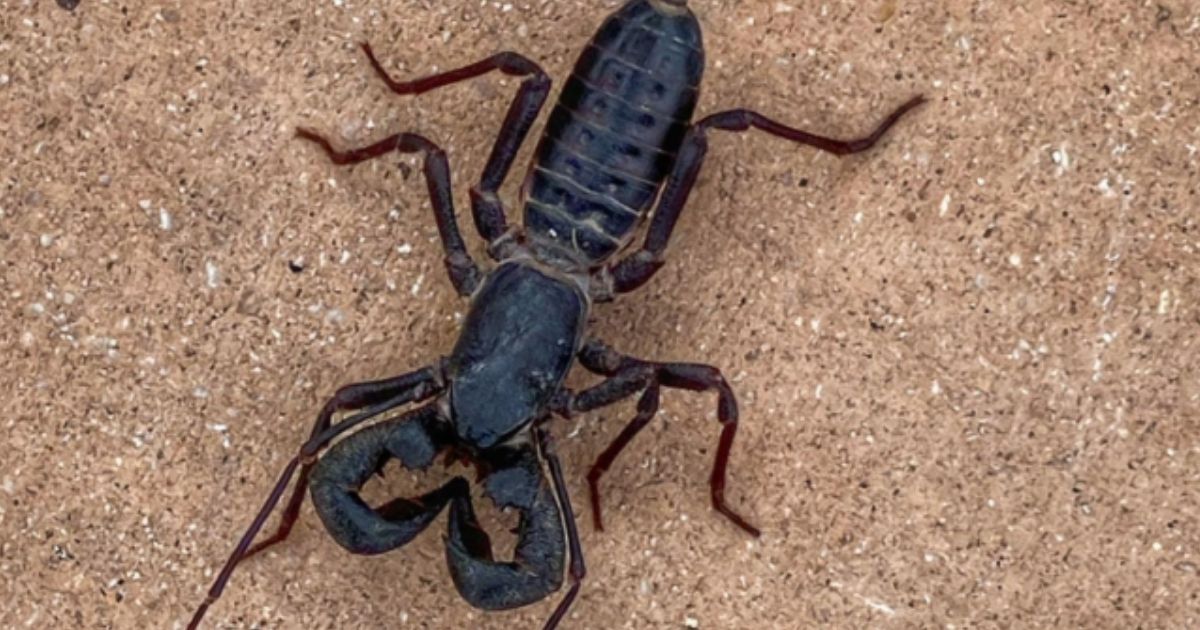 The following article, 'Land Lobsters from Hell' Are Appearing, Complete with Acid Spray and Looks Straight out of a Horror Movie, was first published on Flag And Cross.

You may not be familiar with the vinegaroon, and you probably do not want to be acquainted with one either.

A vinegaroon, or whip scorpion, is a 3-inch-long arachnid that uses its whip to spray a nonpoisonous acid when it is threatened, The Hill reported.

The creepy crawler is earning its 15 minutes of fame after Big Bend National Park in Texas shared a photo of one on Facebook.

“Summer rains bring vinegaroons out of their burrows in search of food and love. Vinegaroons are about 3 inches long and relatively benign unless you happen to annoy them. They can pinch with their heavy mouthparts (pedipalps) and shoot a well-aimed spray of 85% acetic acid (vinegar) from the base of their ‘whip’ to protect themselves,” the park explained.

“Vinegaroons are nocturnal and can’t see very well. They hunt millipedes, scorpions, crickets, cockroaches, and other invertebrates by sensing vibrations with their long, thin front legs,” it continued.

“Most commonly seen in the desert, this vinegaroon was taking a stroll around the Chisos Basin campground. If you’re lucky enough to see one, look closely. If it’s a female, she may be carrying her hatchlings on her back.”

Needless to say, most of us would probably freak out if we saw one of these without warning.

Vinegaroons are gaining notoriety for their crustacean-like look, even being proclaimed “land lobsters from hell” by the Houston Chronicle’s Abigail Rosenthal.

VINEGAROONS! The species that some are calling a cross between a spider and a scorpion, which shoots acid when it’s threatened, is taking over parts of the Southwest and Florida. @willganss reports. pic.twitter.com/wEyxnu4SYM

These creatures’ mouths are able to easily consume their prey with the help of their large pincers.

The University of Florida noted that despite its 85 percent concentrated acetic acid spray, which reportedly has a “vinegar-like scent,” the vinegaroon does not pose a danger to people.

But if you live in Texas, Florida, New Mexico, Oklahoma, Arizona or parts of Mexico, the university did suggest that you may have the displeasure of seeing one.

eeek! We had these in Arizona. Called vinegaroons or whip scorpions, but actually they are arachnids and they eat scorpions. Oh, and they are bigger than this looks.

And people wonder why I freak out at creepy crawly critters

For animals such as armadillos, raccoons, skunks and other mammals, these freaky bugs may be considered dinner.

They might be harmless, but I’m personally going to steer clear if I ever encounter one.

Continue reading: 'Land Lobsters from Hell' Are Appearing, Complete with Acid Spray and Looks Straight out of a Horror Movie ...