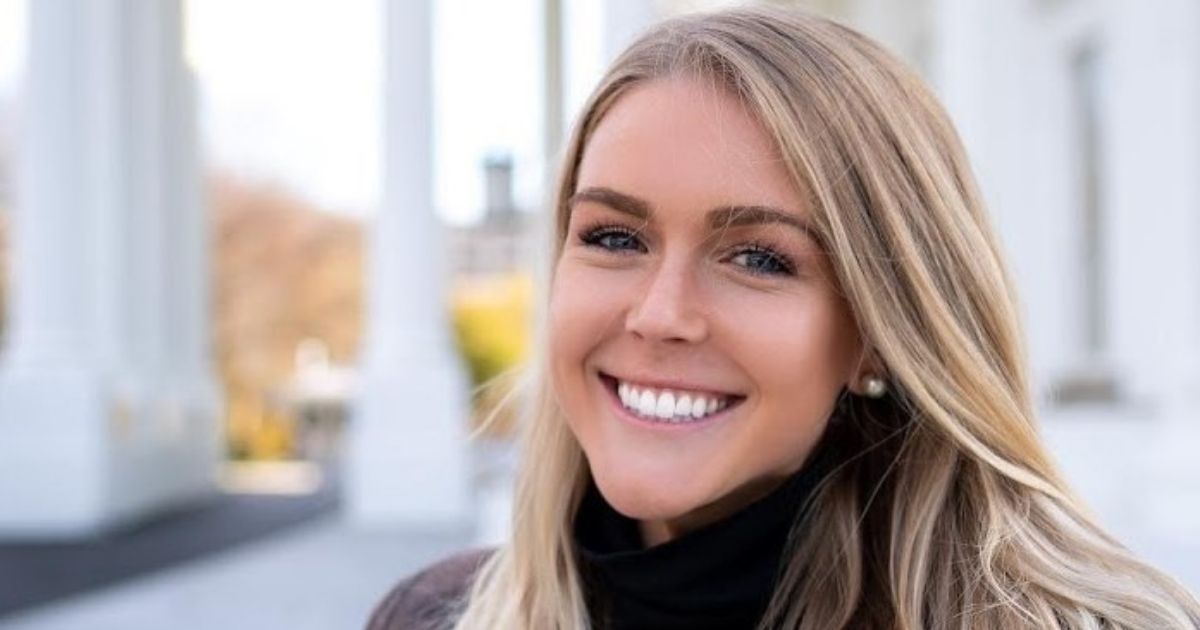 A 23-year-old former assistant press secretary for President Donald Trump announced Tuesday that she’s running for a seat in Congress.

If Leavitt wins the primary and defeats Pappas, she will become the youngest member of Congress.

She told the NH Journal last month that she was considering a run in 2022.

Leavitt’s LinkedIn profile says that she served in the Trump administration from 2019 to 2021, working as a presidential writer and assistant press secretary.

“Everywhere you look, conservatives, myself included, are being censored and silenced, and our freedoms to speak freely, think independently, bear arms, go to church and operate our own businesses are being infringed by radical Democrats,” the vocal Trump supporter said in a video in which she announced her congressional bid.

“Here in the ‘Live Free or Die’ state, we take our freedoms very seriously, and we need a bold, energetic fighter to serve as a firewall between we the people and those who want to destroy our way of life,” Leavitt said.

Promising “to serve as a bold conservative FIREWALL for New Hampshire between ‘We The People’ and the DC swamp,” the congressional hopeful said her agenda includes holding the Biden administration accountable, lowering taxes, securing the nation’s borders, defending the Second Amendment, fighting against abortion, standing up for law enforcement, and restoring election integrity.

The ‘Live Free or Die State’ is my home and radical Leftists are trying to destroy our freedom.

I’m running for Congress – to serve as a bold conservative

for New Hampshire between ‘We The People’ and the DC swamp.

She also expressed her opposition to “fake news,” cancel culture and “brainwashing” by Big Tech.

“I will be an ‘America First’ warrior in this race,” Leavitt told Fox News, adding that she hopes Trump will run for president in 2024 “so that we can continue advancing the ‘America First’ agenda.”

She also told the outlet that Big Tech censorship was one of the things that motivated her to run.

“Censorship in general is one of the reasons I want to run. Across our country, conservatives don’t feel like their voices are being heard. It drove me to run. President Trump said it best, if they can censor him, they can censor anyone,” Leavitt told Fox News.

Prior to her suspension, she had shared tweets about Stefanik’s attempts to become Republican Conference chairwoman, replacing Wyoming Rep. Liz Cheney, and content from the former president, Fox News reported.

ICYMI: I joined @FoxandFriends this morning to discuss my campaign! Please DONATE NOW so we can send a strong message to Nancy Pelosi and flip NH RED in 2022!https://t.co/9doa4jIAX0 pic.twitter.com/9Zy6y5t07A

The Democratic opposition to Leavitt’s campaign is already underway.

“This GOP primary is already shaping up to be an ugly, competitive race to the furthest fringes of the far right,” James Singer, spokesman for the Democratic Congressional Campaign Committee, told Fox News.

“It’s simple: New Hampshire families cannot afford to have an inexperienced, Trump acolyte like Karoline Leavitt representing them,” he said.

Among the other Republican candidates, the only one who has said on his website that he’s running on an “America First” platform is Acciard.

His goals seem similar to Leavitt’s. The former Marine Corps military police officer and Operation Iraqi Freedom veteran says on his website that he believes “putting Americans first — especially in their native country — must remain the focal point of our politics.”

Acciard also said he supports switching to a “10% flat income tax on all citizens,” safeguarding the Second Amendment, securing the integrity of our elections and protecting the unborn.