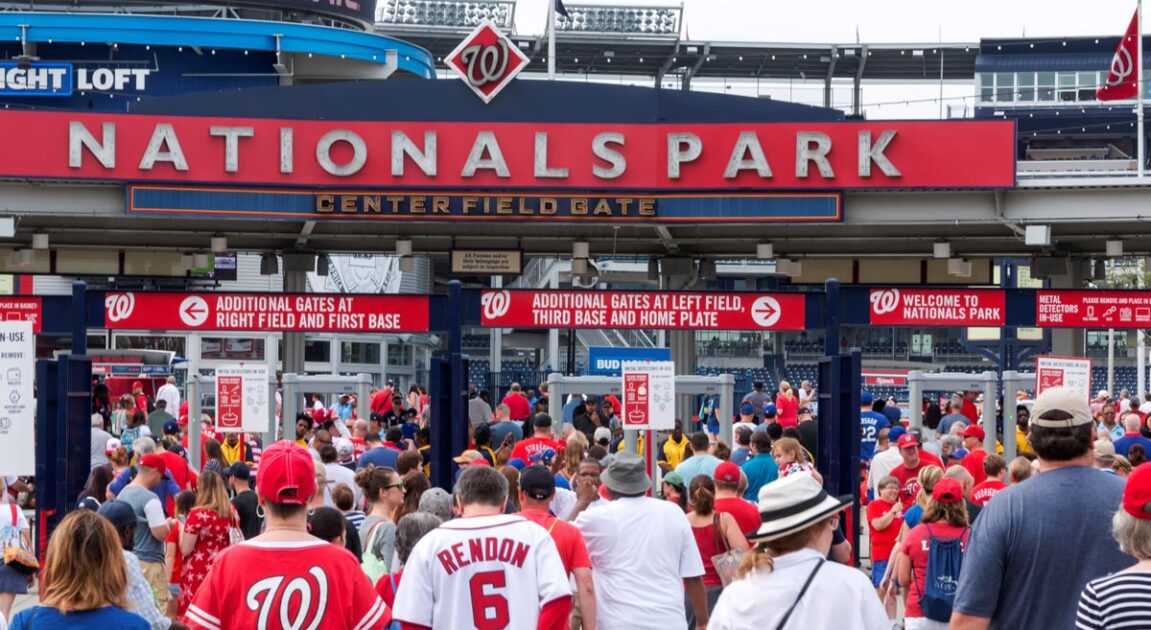 The following article, WATCH: Baseball Fans Scatter as Gunfire Erupts at Nationals Game in Washington D.C., was first published on Flag And Cross.

A gun fight erupted outside the Nationals’ stadium in Washington D.C. Saturday sending frightened baseball fans running for cover, some even diving into the stadium dugouts.

Fans could be seen running onto the field and into the dugouts at Nationals Park as the PA announcer tells fans to remain in the same stadium with reports of an active shooter outside pic.twitter.com/wPm4uaKdRm

Hope everyone is safe at Nationals park. I heard a few loud bangs and then a mass exodus. View from my roof pic.twitter.com/MA1B7z83u2

Frightened Nationals fans took cover at the report of what *sounded like* shots at Nats ballpark. But staff are telling us the incident was outside the stadium, and they’re keeping everyone inside. People hid behind bar, toppled tables to hide. pic.twitter.com/bCAP2V3qyu

Players, including Fernando Tatis Jr. Just ran into stands and grabbed family members and brought them to clubhouse. pic.twitter.com/DlC1bSv3I7

Announcers at the park, though, said that the situation was under control.

“Ladies and gentlemen, your attention please. At this time, we ask that you to remain in the stadium. Please remain calm,” the announcer said over the loudspeaker.

The game was halted in the 6th inning, though, to sort out the confusion.

#Nationals game have has been stopped in the 6th inning pic.twitter.com/3NicGlfA7X

The Washington D.C. Police later reported that two people were shot outside the park.

Two additional victims associated with this incident walked into area hospitals for treatment of gunshot wounds. MPD is on scene and actively investigating at this time.

Other reports noted that the shootings came from a drive by shooting.

Full scene. Police are now lining up on South Capitol, and they seem to be corralling eye witnesses to the situation. The shooting occurred directly outside the 3B gate to Nats Park, at the intersection of SoCap and O St SW. pic.twitter.com/uT6L81tnmG

The game was scheduled to resume on Sunday:

Tonight's game has been suspended due to an incident surrounding Nationals Park.