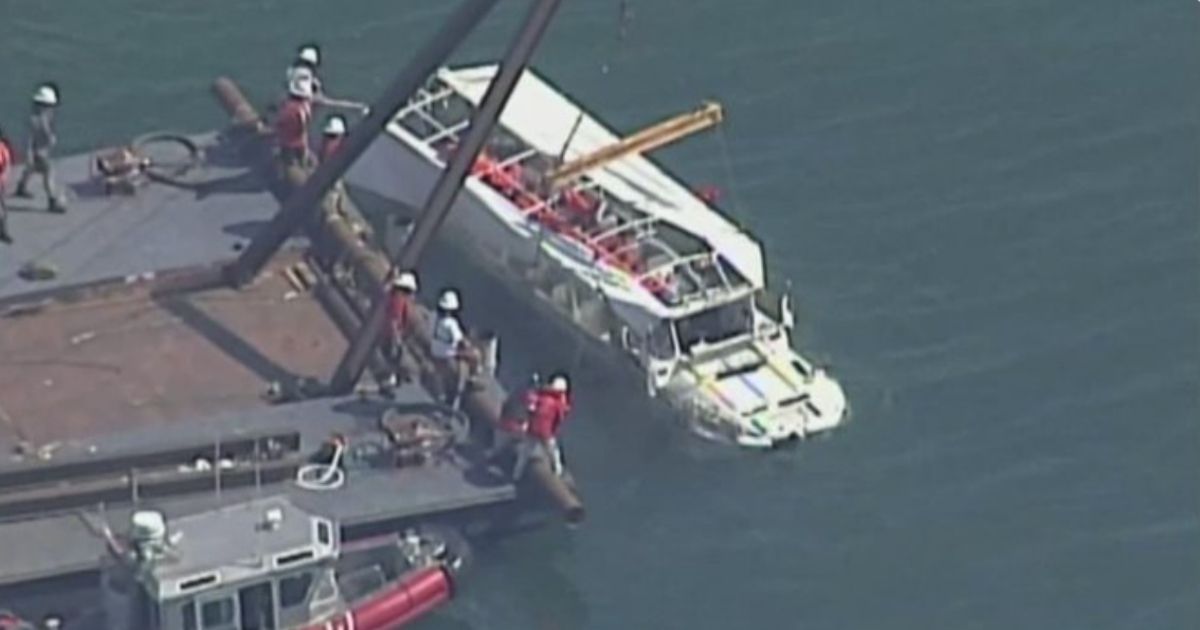 Three men face a total of 63 felony charges between them in connection with the 2018 sinking of a Missouri tourist boat in which 17 people died.

The tragedy took place on the Ride the Ducks attraction at Table Rock Lake near Branson, Missouri, according to WXIX-TV. The duck boats were modified World War II vehicles that took tourists around on both land and water.

Nine members of one Indianapolis family were among those who died.

Tia Coleman, who is a member of that family and lost her husband and three children, said her “prayers had been answered” now that charges were filed, according to The Washington Post.

“I’m so hopeful that we are one major step closer to justice for all those that perished, and to preventing that what happened to them from ever happening again,” Coleman said.

According to a statement of probable cause from MSgt. Mark Green of the Missouri State Highway patrol, the boat that sank “entered Table Rock Lake shortly before 1900 hours, during a severe thunderstorm warning, which was issued by the National Weather Service for the area at 1832 hours. The National Weather Service and news media outlets had forecasted the possibility of severe weather throughout the day.”

The boat sank in about 50 feet of water while heading for shore, the statement said.

JUST IN: Three employees at Ride the Ducks Branson are facing criminal charges almost three years to the date of the fatal boat sinking on Table Rock Lake.https://t.co/1KrORwDkRB

“Captain McKee failed to exercise his duties and responsibilities as a licensed Captain, by entering the lake during a severe thunderstorm warning. He did not follow policy or training guidelines in that he failed to have passengers don personal floatation devices as Stretch Duck 7 took on water,” Green’s statement said.

Baltzell, whose duties “included monitoring weather and communicating with the Duck vehicles about impending weather” was charged because he “failed in these duties on the date of the incident, which had a contributing factor in the incident and subsequent fatalities,” the statement said.

Lanham, who was in charge of the ride’s overall operations, “failed to cease operation of the Ride the Ducks as severe weather approached, which included lightning, heavy rain and high winds. These actions had a contributing factor in the incident and subsequent fatalities,” the statement said.

Ripley Entertainment, which owned the vehicle, has settled 31 lawsuits concerning the tragedy.

Federal charges concerning the tragedy had been filed, but were recently dismissed by a judge saying there was a lack of jurisdiction.