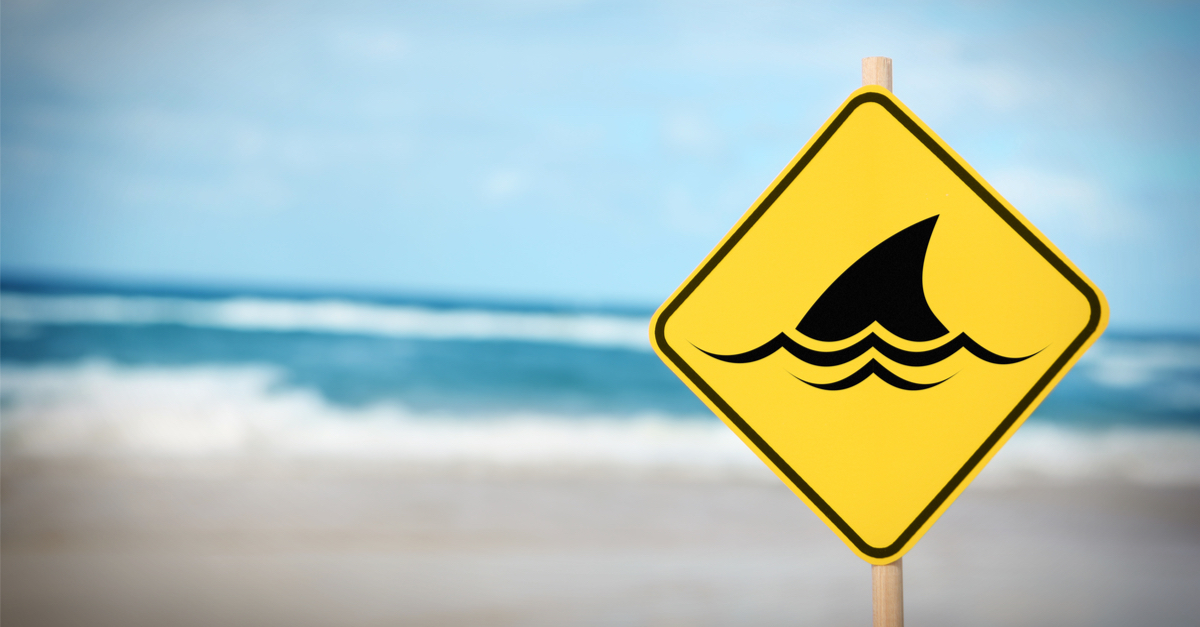 The following article, SEE IT: Shark Charges at Oblivious Beachgoer in Panama City, was first published on Flag And Cross.

Americans are in love with the beach, and we always have been.  The sun, the surf, the sand, and the salty air just seem to send us off into another place, where relaxation is the new number one priority.

But, as with anything in life, there is a deep seeded balance that comes with visiting the ocean.  It’s relaxing, but only after you’ve lathered yourself in sunscreen, checked the conditions of the surf, and ensured that you’re prepared in case of an encounter with jellyfish.

Oh, and let’s not forget about shark attacks, which are akin to plane crashes in both their rarity and severity.

Video footage from popular Panama City Beach, Florida this week detailed a terrifyingly close encounter with one of these cold-blooded killing machines.

A man wading in the waters off the coast of Florida had a close encounter with a hammerhead shark. Fortunately, the large animal apparently lost interest in the man, but not after appearing to charge towards him.

Katie Van Bogart uploaded a video of the incident to her TikTok page, where she wrote that it was filmed on Friday morning at Panama City Beach. Since uploading the video, it has been viewed over 6 million times.

The near-attack began slowly, and built to a crescendo as onlookers desperately tried to warn the man.

In the video, a man can be seen wading in the water as the shark swims nearby. Initially, it is unclear if the man is aware that the shark is nearby, although nobody else is standing near him.

Suddenly, the shark seems to charge directly towards the man, prompting screams of fear from people watching the scene unfold from the beach. Fortunately, the shark breaks off and swims away after coming within just a few feet of the man.

At this point, he seems to become aware that the shark is nearby, likely due to people yelling the word “shark” over and over again. He slowly starts to make his way back towards the beach as the shark appears to swim away.

The video has to be seen to be believed.

Thankfully, no one was hurt in the incident.