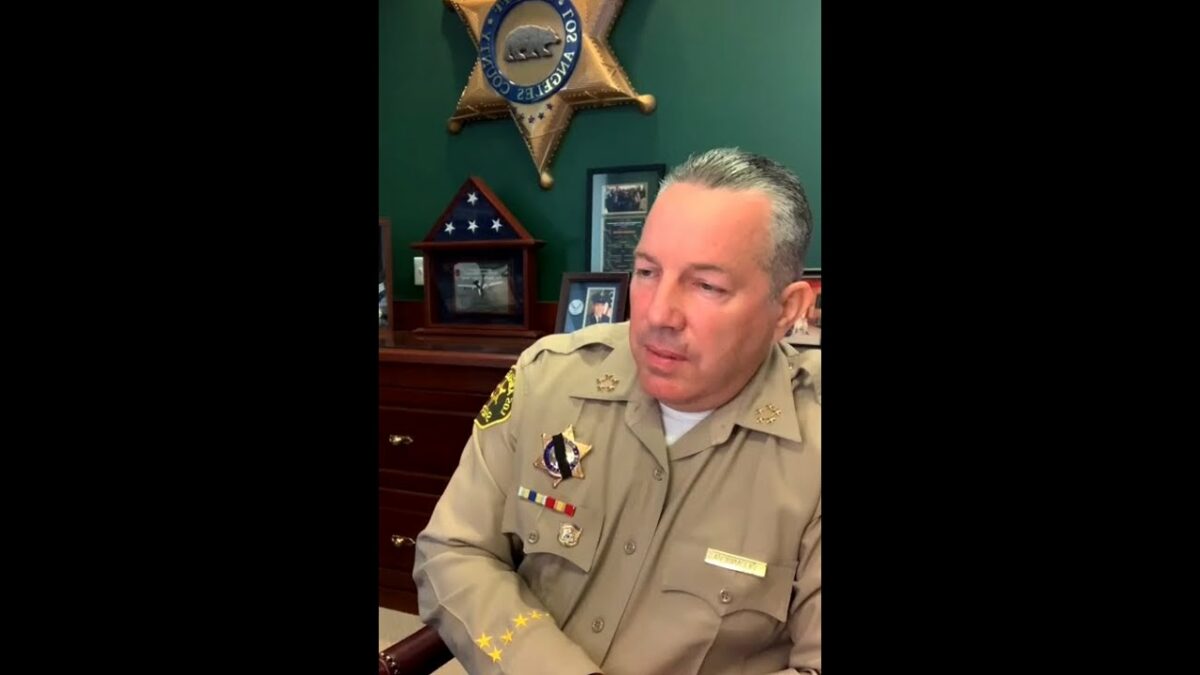 Los Angeles County Sheriff Alex Villanueva announced on Friday that he will not enforce the latest coronavirus mask mandate.

The sheriff’s announcement come on the heels of an announcement by L.A. county health officials reinstated the mask mandate over a tiny blip of new coronavirus cases in the area.

“We’re not where we need to be for the millions at risk of infection here in Los Angeles County, and waiting to do something will be too late, given what we’re seeing,” Los Angeles County Health Officer Dr. Muntu Davis said on Thursday.

But the county’s top cop said that he will not enforce this new mask mandate because it isn’t scientific.

“Forcing the vaccinated and those who already contracted COVID-19 to wear masks indoors is not backed by science and contradicts the U.S. Centers for Disease Control and Prevention (CDC) guidelines,” the sheriff said in a statement on Friday.

Villanueva did note that voluntary compliance is perfectly fine, but he won’t uses police resources to force the issue.

“The Los Angeles County Department of Public Health (DPH) has authority to enforce the order, but the underfunded/defunded Los Angeles County Sheriff’s Department will not expend our limited resources and instead ask for voluntary compliance,” Villanueva added. “We encourage the DPH to work collaboratively with the Board of Supervisors and law enforcement to establish mandates that are both achievable and supported by science.”

Mask mandates have never made scientific sense, but it is good to see the sheriff to chime in now.