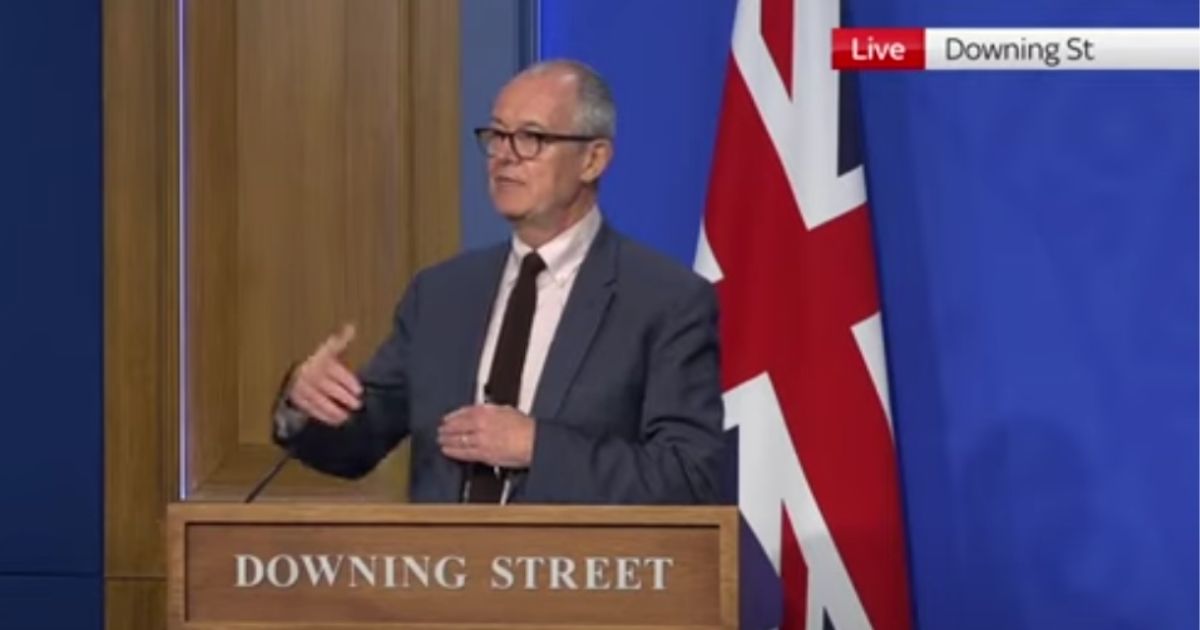 The following article, In UK, Up to 40% of People Being Admitted to Hospital for COVID Have Been Fully Vaccinated, was first published on Flag And Cross.

A startling share of coronavirus patients being admitted to U.K. hospitals — up to 40 percent — have been fully vaccinated.

“In terms of the number of people in hospital who’ve been double-vaccinated, we know it’s around 60 percent of the people being admitted to hospital with COVID,” Sir Patrick Vallance, chief scientific adviser to the U.K. government, said during a Downing Street news conference.

“We do expect there to be over 1,000 people per day being hospitalized with coronavirus because of the increase in infections. But the rates should be lower than they have been previously because of the protective effects of vaccination.”

While there is a 20-point gap between 60 percent and 40 percent, the latter figure still represents a startling number people who have been vaccinated against COVID-19 yet who still ended up hospitalized due to the disease anyway.

And according to Sky News, most regions in England now have more COVID-infected patients than at any time since mid-March.

In fact, the rise in cases mimics numbers witnessed over four months ago.

Although rates should be lower considering vaccination’s “protective effects,” reality presents a much different story.

But Vallance’s explanation differs from my own — and what many others would hypothesize as well.

According to Yahoo News U.K., Vallance said that since a greater percentage of the populace has been jabbed twice, “it [is] ‘inevitable’ that the proportion of people being admitted to hospitals who have had both jabs will increase.”

Now, imagine three individuals are infected with COVID in the smaller group and ten are infected in the larger group.

Of course, the larger group would be expected to have more COVID cases since it contains more people.

But the argument is rife with gaps as well.

For one, why is the number of COVID hospital patients climbing as the vaccine becomes increasingly widespread?

Why are overall infections on the rise regardless of vaccination status?

Yahoo U.K.’s report added that the U.K. government‘s latest figures show that “742 people were admitted with COVID. That means the total admitted in the past seven days stands at 4,317.”

That’s a 40 percent increase from the week before.

According to the Sky News report, Vallance said he isn’t surprised by the number of infections since “[COVID] vaccines are not 100 percent effective.” I acknowledge that much, but I’m also curious as to how effective these vaccines actually are.

In the United States, the Centers for Disease Control and Prevention reported that the Pfizer-BioNTech and Moderna vaccines are approximately 94 percent effective in preventing hospitalization for COVID-related symptoms or post-COVID side effects.

Still, the organization’s webpage, which discusses the topic, acknowledges that, while clinical trials tend to indicate high efficacy rates for the two, “evaluation of vaccine effectiveness against severe outcomes in real-world settings and in populations at high risk, including older adults, is needed.”

The Pfizer-BioNTech and Moderna vaccines rank among the top labels used in the U.K., according to The Guardian; the less effective one-shot Johnson & Johnson vaccine ranks near the top as well.

But, in this case, the reality for these two “most effective” forerunning vaccines is much different than the CDC presented. And it makes them look not terribly effective at all.

As Americans, it’s safe to assume we’re most familiar with the Pfizer and Moderna vaccines, and we’re still hearing of many fully vaccinated individuals contracting COVID here in the United States as well.

How long will it take before we think of the coronavirus similar to how we think of polio or chickenpox?

The traditional Varicella vaccine released in 1995 transformed chickenpox from among the most common childhood ailments to one far less common. In fact, as someone born in the late 1990s, I have never seen a case of chickenpox firsthand.

And, as for polio? After successful vaccination runs which began in the 1950s, the U.S. has been poliovirus-free since 1979, according to the CDC, and the U.K’s National Health Service says a case hasn’t been reported in the U.K. since the mid-1980s (this is why I don’t oppose traditional vaccines).

Still, the technology in COVID vaccines is as novel as the coronavirus itself and we have little room to say how effective — or ineffective — this technology will be in the long run.

Imagine if four in 10 people hospitalized with COVID in the U.S. were vaccinated and that, despite the incessant vaccine push, cases were on the rise.

Continue reading: In UK, Up to 40% of People Being Admitted to Hospital for COVID Have Been Fully Vaccinated ...