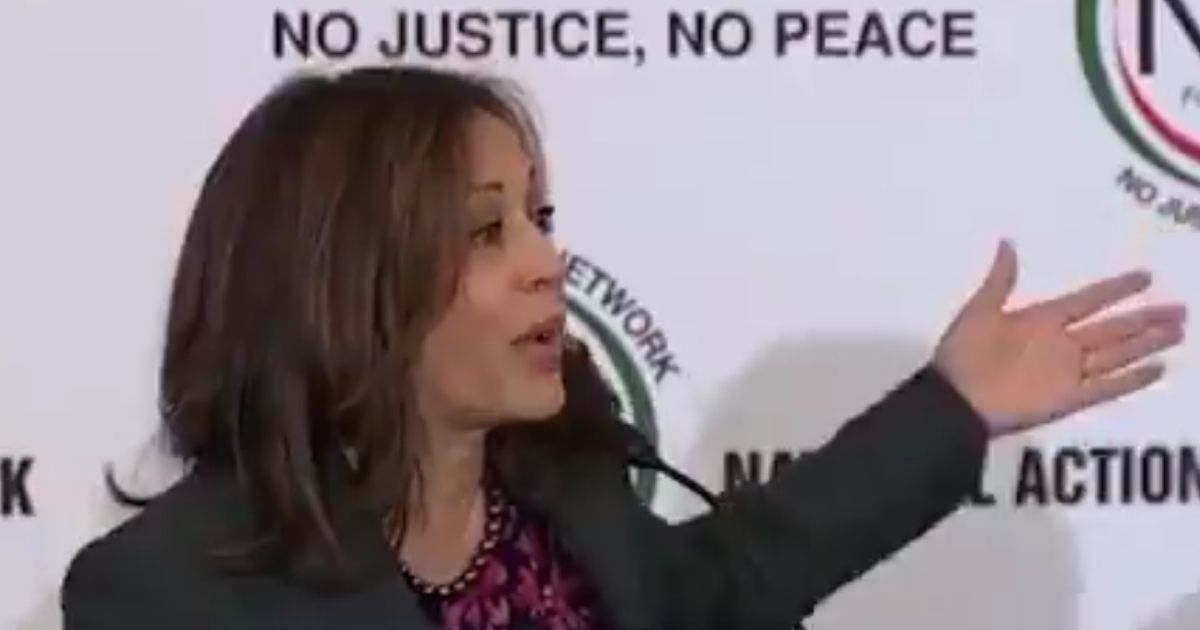 The following article, Flashback: Democrats Railed Against Voting Machines, Admitted They Can Be Hacked, Votes Can Be Switched, was first published on Flag And Cross.

Well, not exactly. But that has been the case since President Joe Biden eked out a win over incumbent President Donald Trump in November.

Now the idea of hacked voting machines seems preposterous to Democrats — and, of course, to their allies in the establishment media — but the story wasn’t the same in 2018.

In fact, you might recognize one of the biggest voting machine skeptics as none other than Vice President Kamala Harris.

But, let’s delve into the more recent past first, shall we?

The Post even compiled a separate list of “myths” circulating about voting machines after the 2020 election, with “voting machines were hacked” unsurprisingly reigning at the top.

USA Today also ramped up support for the notion that voting machines can’t be hacked, explicitly saying so in a January “fact check.”

“Assertions that machines can be hacked, votes were dumped and test ballots can be counted are false,” the paper wrote.

“The federal government and election experts discovered no election fraud on the part of Dominion Voting Systems or its voting machines.”

Reason chalked up distrust in Dominion Voting Systems machines to a “conspiracy theory” (though the outlet did admit that conservatives do not have a “monopoly” on voting machine allegations).

Still, the general consensus among the establishment media remains: It’s only a conspiracy theory when it’s coming from Republicans, right?

As Reason said, we conservatives haven’t monopolized the issue of “corrupt voting machines.” Anyone who has followed politics since 2016 should know that much.

Most of us remember the baseless Russian hacking claims that shaped the Democratic Party platform following the 2016 election that (for the most part) vanished after a 2019 Senate Intelligence Committee report found “no indications that votes were changed, vote-tallying systems were manipulated, or that any voter registration data was altered or deleted.”

But here we are again, reflecting on the “impossible” voting machine vulnerability that Democrats once touted as a possibility — a reality, even.

Take a look at this damning video tweet from activist Jack Posobiec that compiles opinions from various Democratic officials who once preached the possibility of hacked voting machines.

Here are Democrats in 2018 saying everything Mike Lindell says about voting machines pic.twitter.com/IFZ2sEhmZ9

“I continue to think that our voting machines are too vulnerable,” Rep. Adam Schiff of California said.

“The biggest seller of voting machines is doing something that violates cybersecurity 101,” Oregon Sen. Ron Wyden argued later in the clip, “directing that you install remote access software which would make a thing like that — you know — a magnet for fraudsters and hackers.”

Minnesota Sen. Amy Klobuchar — who was also among the slew of Democrats eager to become the party’s 2020 nominee — also joined in on the “conspiracy.”

“You could easily hack into [voting machines]. It makes it seem like all these states are doing different things, but, in fact, three companies are controlling [elections].”

The real kicker is then-Sen. Kamala Harris’ repeated appearances throughout the video.

“There are a lot of states that are dealing with antiquated machines, right? Which are vulnerable to being hacked,” Harris said in one segment.

“I actually held a demonstration for my colleagues here at the Capitol where we brought in folks who — before our eyes — hacked election machines, those that are being used in many states,” she added in a separate piece.

It’s a vastly different angle from the one we’re accustomed to now, isn’t it?

I’ll admit that perhaps we should have listened to the possibility of hacked machines after the 2016 election.

Continue reading: Flashback: Democrats Railed Against Voting Machines, Admitted They Can Be Hacked, Votes Can Be Switched ...