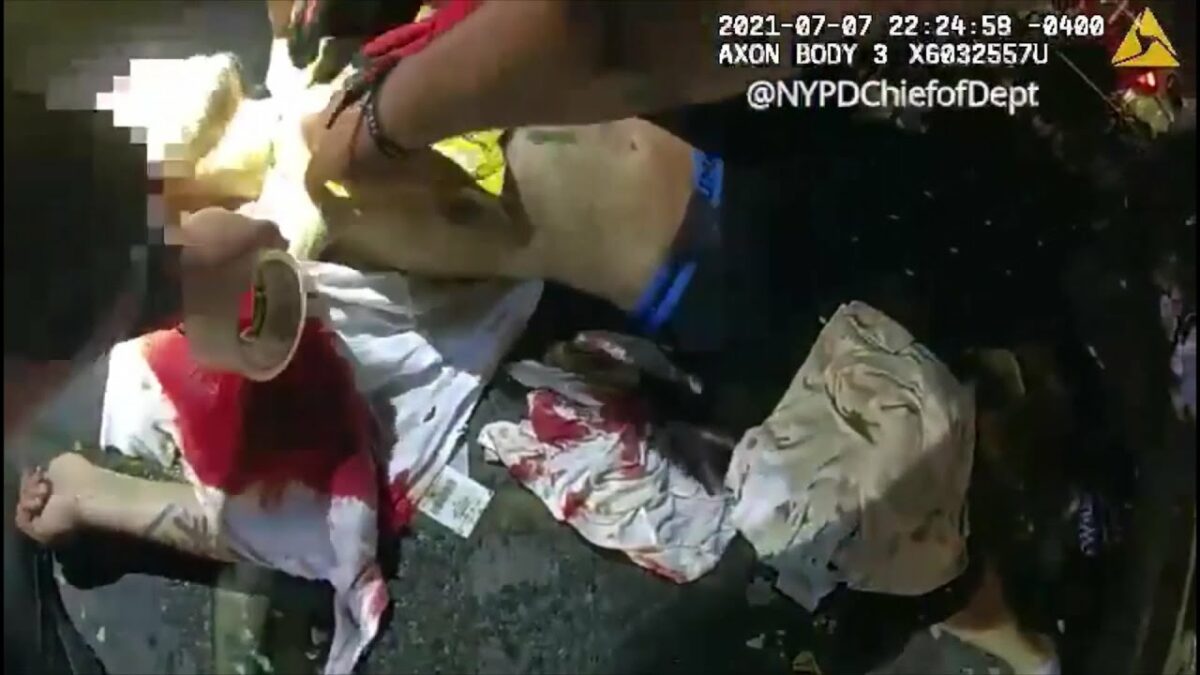 The following article, Cop Arrives at Scene of Stabbing and Immediately Asks for Potato Chips, Doctor Says His Quick Thinking Saved a Life, was first published on Flag And Cross.

A bit of unorthodox street surgery to save a victim’s life has been shared with the world to show the reality of what the New York Police Department faces on a routine basis.

WARNING: The following video contains graphic images that some viewers may find offensive:

According to the video posted on Twitter, the July 7 incident took place at Lenox Avenue and 125th Street in Harlem. A man had been stabbed in the chest.

This is just one example of the heroic work that your NYPD officers do every day. @NYPDShea @NYPDChiefPatrol @NYPDnews @NYPD28Pct pic.twitter.com/DAcF5e2i67

“They caught me in my lung,” the victim can be heard saying.

Kennedy immediately enlisted the help of a young man who was standing nearby.

“Go get me a bag of potato chips, right now!” Kennedy said. He followed that with a request for duct tape.

Kennedy then rallied some of those watching the victim bleed to do some good.

“Two people, over here, right now!” Kennedy ordered. “Lay him down! Help me lay him down!”

Kennedy dumped out the chips, used a knife to prepare the pieces of his makeshift bandage and then applied the bandage to the victim’s chest, after the victim’s bloody shirt was removed.

“We got you, we got you, don’t touch!” Kennedy can be heard saying.

He tried to rally the injured man.

As paramedics arrived to take the victim away, Kennedy told them, “It’s the best I can do with what I had.”

As the victim was being taken off, he called, “keep breathing, bro!”

The video ended with a note saying that doctors at Harlem Hospital, where the victim was taken, said Kennedy saved the victim’s life.

Eric Rodriguez, 38, was arrested in connection with the incident and charged with attempted murder, assault and criminal possession of a weapon, according to the New York Post.

Police said Rodriguez and the victim had been in a dispute when the stabbing took place.

In its reporting on the incident, the Daily News reported that Rodriguez was arrested on July 11, four days after the incident, and later released without bail.