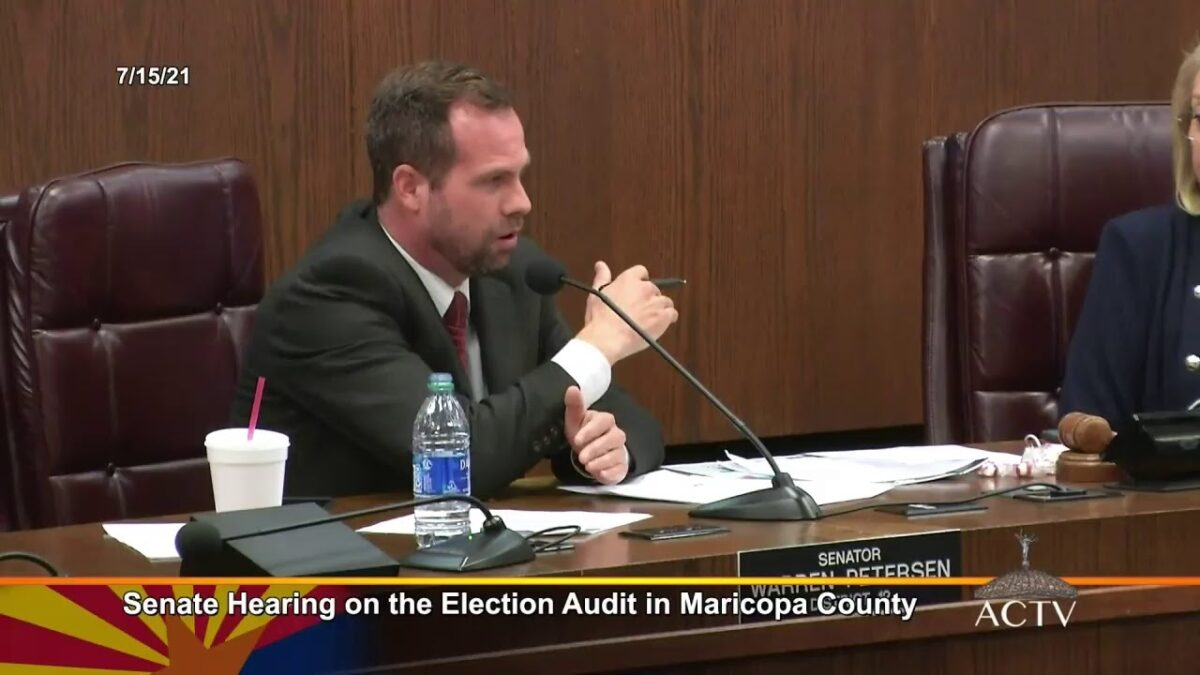 The following article, AZ Senate Pres: We Do Not Have Authority to Recall AZ's 11 Electors After Audit, was first published on Flag And Cross.

Arizona Republican Senate President Karen Fann attempted to set the record straight regarding the forensic audit of the Maricopa County 2020 election results amid the dumpster fire of media noise and conspiracy theories.

Fann told One America News on Friday that the state senate does not have the power to recall the 11 Biden electors and hold a new election in the state.

“The Senate body — we do not have the authority to do that. So, this is what we have said, and I want to make this very clear on the record,” she said, according to The Epoch Times.

Her comments come after her colleague, Republican Sen. Wendy Rogers of Legislative District Six, suggested that a second presidential election in Arizona would swing the results in favor of former President Donald Trump.

“I call for the Biden electors to be recalled to Arizona & a new election must be conducted. Arizona’s electors must not be awarded fraudulently & we need to get this right,” Rogers tweeted Thursday.

to turn over, & tens of thousands of unauthorized queries demonstrating how insecure the election was, I call for the Biden electors to be recalled to Arizona & a new election must be conducted. Arizona’s electors must not be awarded fraudulently & we need to get this right.

Fann drawing the line is important to understand what the purpose of the controversial audit should be.

The company leading the audit, Cyber Ninjas, allegedly discovered thousands of discrepancies with ballots, but are being heavily disputed by Maricopa County and will likely be investigated by United States House Democrats.

Wondering why Maricopa County prefers to tweet jabs instead of just sitting down and talking with the auditors If we work together we can finish this audit and let the voters know their ballots will be safe for future elections https://t.co/ZDCI6mPr6g

Even if the claims made by Cyber Ninjas are true, none of them have to do with votes for Trump being changed or suppressed, at least given the current evidence.

Fann might need to get a bullhorn, because her point needs to be made extremely clear to Rogers and those who are perpetuating the pipe dream that this audit will lead to Trump being reinstated as president.

Congress has already certified the Electoral College vote, which means there is no going back.

President Joe Biden will be in office till at least January 2025 (assuming he makes it that long), whether conservatives like it or not.

This is the epitome of what America stands for

The intended purpose of the audit should have been to examine the mistakes to know how to simplify and modernize the process in future elections, but it has arguably been bastardized into casting more doubt on the legitimacy of the past election.

No serious person is saying that the election will be overturned, and anybody who is even hinting at that is doing a disservice to Trump supporters by giving them false hope.

Watch the full Senate hearing on the Arizona audit here.

Continue reading: AZ Senate Pres: We Do Not Have Authority to Recall AZ's 11 Electors After Audit ...