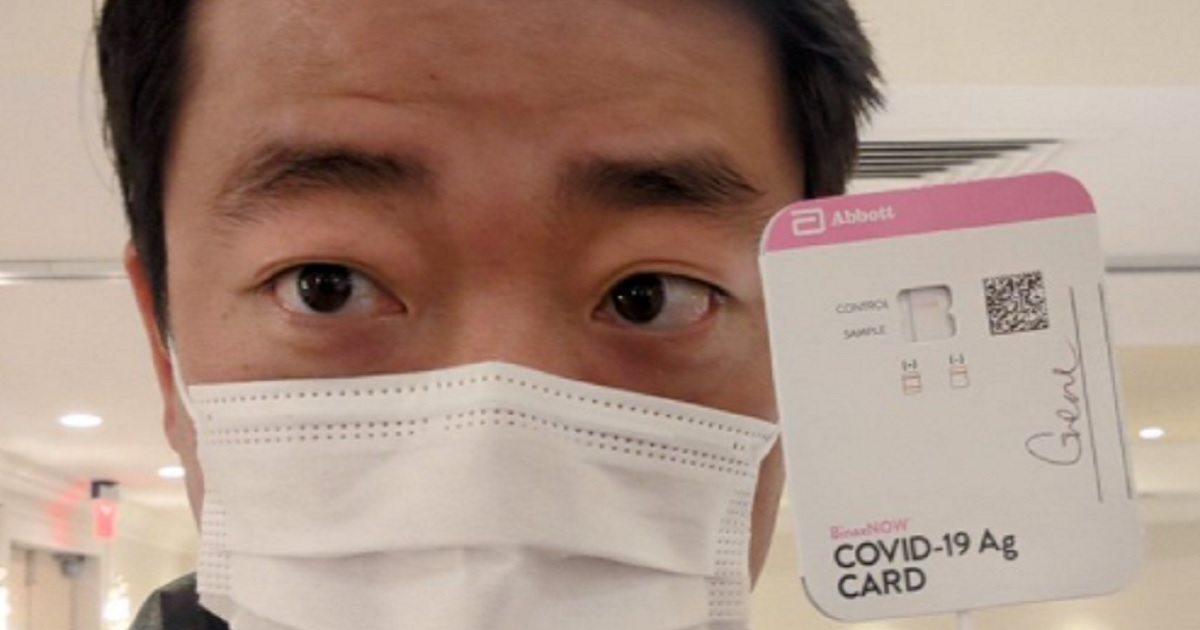 Three of the Texas Democratic legislators who fled Texas rather than be present to debate a Republican-sponsored elections integrity bill have tested positive for the coronavirus, leading one Democratic Texas legislator to snark on Twitter about a national mask mandate.

Evidently responding to critics who noted that the Democratic lawmakers left Texas on a packed private plane without wearing masks, state Rep. Gene Wu used the actions by his own party to push for a national mandate for indoor masks.

“I assume that everyone ‘whistling past the graveyard’ and laughing about Democratic members testing positive have already been fully vaccinated and have no complaints about mandatory masking provisions again,” he wrote.

I assume that everyone “whistling past the graveyard” and laughing about Democratic members testing positive have already been fully vaccinated and have no complaints about mandatory masking provisions again.

Otherwise, it seems kinda like begging Karma to visit.

“Thank you for all the comments concerning masking,” Wu wrote. “I’ll forward your request to Congress and the White House to ask that we reinstitute a national masking requirement.”

Thank you for all the comments concerning masking.

I’ll forward your request to Congress and the White House to ask that we reinstitute a national masking requirement.

I appreciate and welcome the vocal support for such a mandate.

And in yet another, he wrote that he would “personally ask VP Harris and President Biden to institute a nationwide mask mandate for all indoor activities. Thank you. You made this possible,” Democratic Texas state Rep. Gene Wu tweeted.

You’re right, I should have been wearing a mask indoors.

I will personally ask VP Harris and President Biden to institute a nationwide mask mandate for all indoor activities.

Thank you. You made this possible. https://t.co/MIsvtHSfOF

The three Texas Democrats who were infected were all vaccinated, and would all go into quarantine for 10 days, according to the Austin American-Statesman.

Republican Rep. Ronny Jackson of Texas, however, said Democrats who posted images of themselves grinning maskless for the camera on their flight to D.C. have only covered the embarrassment of leaving their posts with even more folly.

“Texas Democrats have made complete fools of themselves during their D.C. vacation,” he said, according to Fox News.

“First they abandon their constituents and duties as state legislators and now their hypocrisy rings loud as a few of them have contracted COVID-19,” he said.

“These are the same ‘leaders’ who pushed for mask mandates then got on private planes with no masks even though everyone else has to wear masks on planes,” said Jackson, a former White House doctor.

“No one should take these hypocrites seriously.”

The Democrats, who have been seeking White House and congressional intervention to block Texas Republicans from passing election reforms that the Democrats do not like,  said that despite their later public relations pratfall, they will focus on their mission.

“I urge anyone not yet vaccinated to do so as soon as possible to help the spread,” said Texas Democratic state Rep. Celia Israel, who told the American-Statesmen that she was among those infected.

“I hope this instance highlights the sacrifices we’re willing to make for the cause of democracy. I would not change anything to protect the right to vote,” she said.

And Wu is clearly not letting up.

Testing daily.
Fully vaccinated.
Masked while indoors.
We can do this!#txlege pic.twitter.com/ex9PeV2G1x

A leader of the runaway Democrats, who claim the trip is necessary to “save democracy,” said they will now observe strict coronavirus protocols.

“This is a sober reminder that COVID is still with us, and though vaccinations offer tremendous protection, we still must take necessary precautions. We are in touch with public health experts in Texas to provide additional guidance. Our caucus will follow all recommendations from public health experts as we continue our work,” he said.

Republican Texas Gov. Greg Abbott, who called a special session of the Texas legislature to consider the election reform measure, said then when his current call for a special session expires, he will issue a new one until Democrats eventually get down to business.