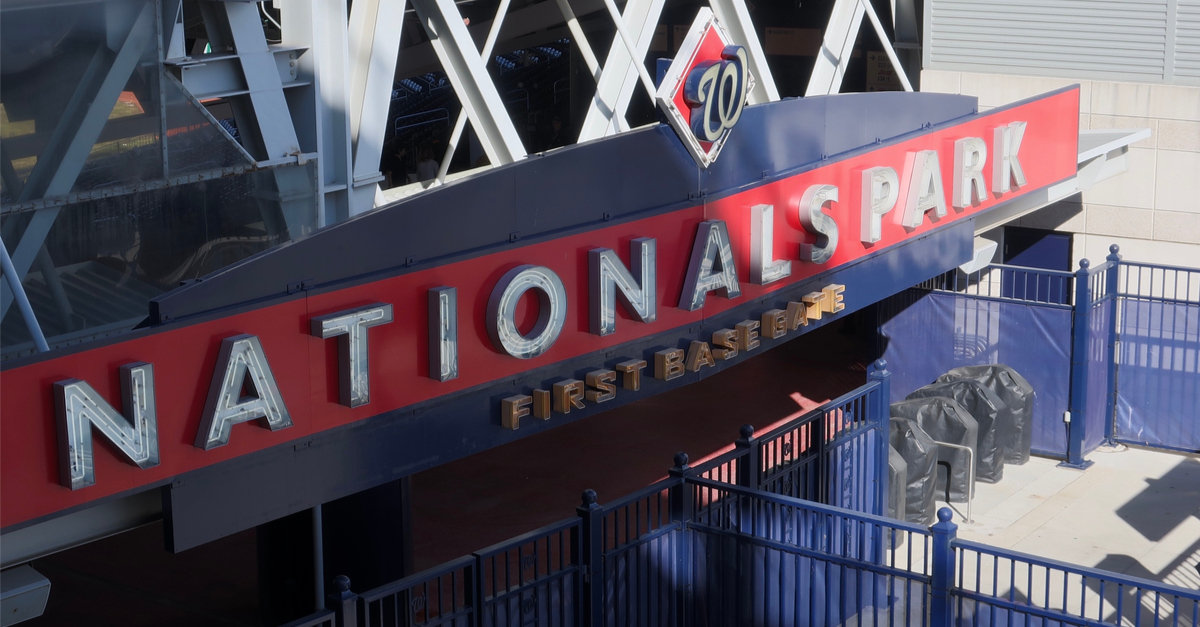 The following article, SEE IT: Wild Scene Erupts as Shots are Fired Outside of MLB Game, was first published on Flag And Cross.

Once again, gun violence is the topic du jour here in the United States, as a fed up and stressed public continues to lash out in ever more extreme fashion.

The latest incident comes to us from the nation’s capital, as the Washington Nationals were in the middle of a game against a west coast rival.

Instead of a seventh-inning stretch, Saturday night’s MLB game between the Washington Nationals and San Diego Padres had a sixth-inning scare.

The game erupted into chaos after gunshots rang out near Nationals Park in Washington, causing players and fans to flee for safety.

It appears as though the incident was unrelated to the ballgame itself.

No arrests had been made in connection to the shooting as of Sunday evening. Mayor Muriel Bowser said in joint statement with the Washington Nationals that the incident occurred after a dispute “between individuals in two vehicles.”

The chaos in the ballpark was captured on social media.

Breaking: Initial reports of a shooting outside the Third Base Gate at Nationals Park in Washington, DC. Announcers are urging fans to leave the stadium. pic.twitter.com/XnZ4tzL1kK

Some superstars ran to help.

Here is the footage of Manny Machado, Fernando Tatis Jr. and Wil Myers helping fans when in fear (of the shooting at Nationals Park). pic.twitter.com/9ApuHIs4Oy

Pulled on the field by manny, with many people following behind after tonight’s shooting at Nationals Park pic.twitter.com/Fw47NlP1Ev

A bystander outside the stadium was injured in the shooting, but her injuries were non-life-threatening.

Continue reading: SEE IT: Wild Scene Erupts as Shots are Fired Outside of MLB Game ...